Back in 2016, IO Interactive released the new Hitman game. Initially, the game didn’t do much well, however, upon its full release, it got hailed to be one of the best games of the year. Hitman (2016) wasn’t the traditional game in the series, as such it was based on the episodes including entirely different missions that came out in the time period of one year. Though this approach was risky it paid well for the studio, as players kept on coming each time to hunt a new target.

Now, with E3 just around the corner, IO Interactive teases a new announcement for the Agent 47 on their official Twitter account. The teaser comes with a video stating ‘Target Incoming’ and following that the full reveal date; June 7. Behind the text, there seems to be a blurry image of a bald man. It could be our favorite assassin but nothing could be confirmed at this point.

Not to mention, it hasn’t been clear yet that whether it would be a new game in the franchise or something like the additional bonus missions to the newly released Definitive Edition of the previous title.

A clever inspection from the Reddit users that the publisher Warner Bros. Interactive also tweeted a Hitman teaser, indicates it could be a next entry in the series. Even though the mentioned teaser showed some mechanics working on a race car and didn’t highlight anything about the agent, the users noticed a logo of the fictional oil company from Hitman, along with the significantly similar font used. Also, the video teased about details coming on June 7 as well.

All in all, something new is on the way for the silent assassin and for the full details, fans would have to wait for two more days.

Meanwhile, here’s the trailer for the Hitman: Definite Edition:

Are you excited for the new Hitman? Let us know down in comments. For more news on gaming, keep following Appuals. 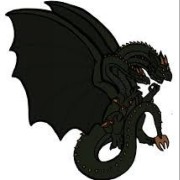