Macs have a reputation for being reliable, but that doesn’t mean you won’t ever encounter an unresponsive app on a Mac. In fact, this is one of the most common problems that Mac users report – especially when the users open multiple applications at the same time.

Whenever this happens, any obvious input command will not work. Some users try to close the application only to see that the window becomes totally unresponsive. Other users report that whenever this issue occurs the mouse pointer is unable to reach the quit button (typically encountered on macOS High Sierra).

So what do you do when you find yourself in a situation like this? Other than rebooting your Mac, of course. Well, you can always use the Force Quit feature to close the application that is giving you troubles. In fact, you have several different ways that you can follow to use the force quit command on a Mac. 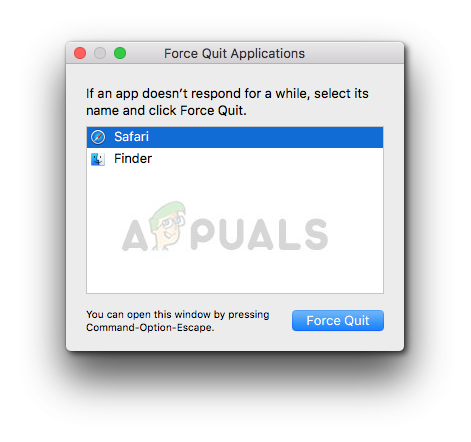 If you encounter an unresponsive app on your MAC, here are five different methods that you can use to Force Quit it. Keep in mind that all the methods featured below will lead to the same end result. Follow whichever method seems more convenable for you.

This is extremely useful if your mouse also freezes when an app becomes unresponsive. Whenever this happens, you can press and hold Command + Option + Escape to bring up the Force Quit menu. 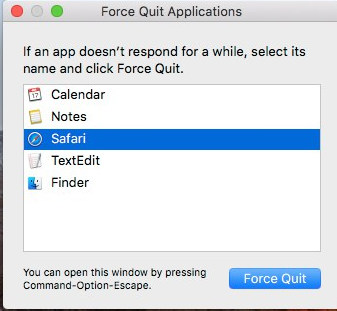 Most of the time, when an app becomes unresponsive on a Mac, the menu at the top will also exhibit the same behavior. This means that if you click the Quit icon of an unresponsive application, chances are that you won’t be able to close the window. 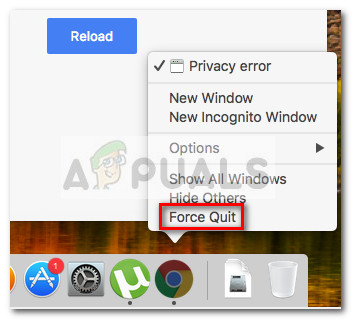 You’ll notice that as soon as you hit the Options menu, the last setting will change from Quit to Force Quit. Click on Force Quit or hit the Return key while it’s selected to terminate the unresponsive application.

If you’re not comfortable with using keyboard shortcuts, you can do it all from a graphical interface using the Finder menu. Access the Finder menu by clicking the Apple icon (top-left corner) and click on Force Quit. 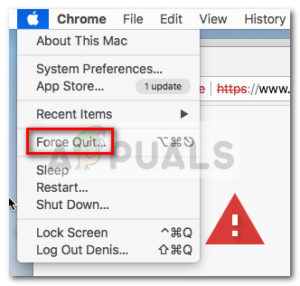 Note: You can use the Command key + Space shortcut to open the Spotlight search menu more quickly.

In the Activity monitor screen, scroll down to find the unresponsive application and double-click on it. Then, click the Quit button and choose Force Quit at the next prompt. 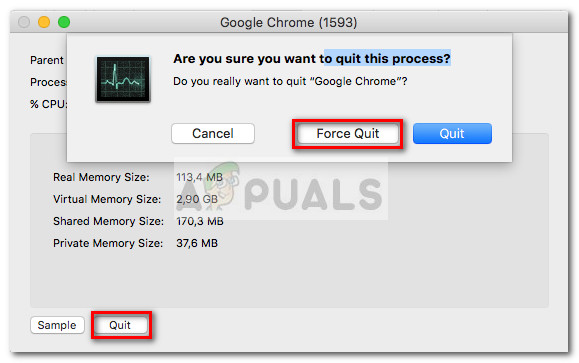 This is the most technical method, but it’s a close fit for those of you that are included for tech-savvy approaches.

You can access the Terminal by using the Spotlight icon (top-right corner) and searching for “terminal”. Then simply click on Terminal to open it. 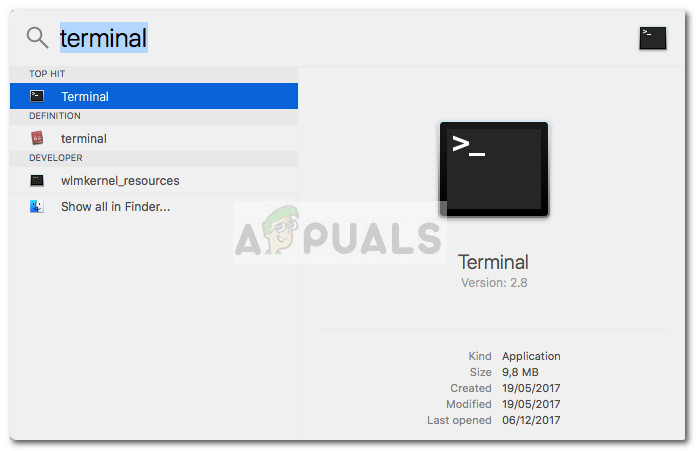 Note: You can use the Command key + Space shortcut to open the Spotlight search menu more quickly.

Once you gain access to the terminal, type “top” and hit Return to fetch the list with your running applications. Then, look for the application that is giving your troubles and remember (or copy) it’s PID number. 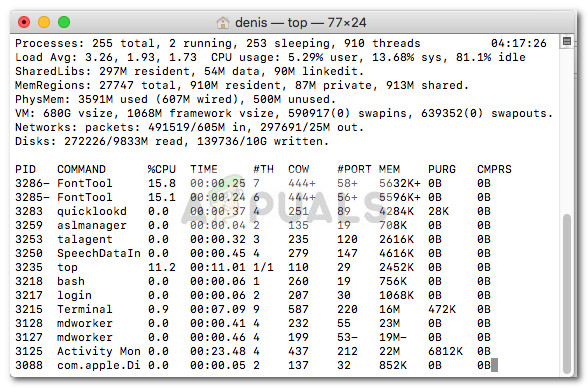 Next, close the current terminal and open another one. In the newly opened terminal, type “kill” followed by the PID number of the application that is unresponsive and hit the Return key. The application will close almost instantly.

How to Use the Force Quit Command on a Mac