An intercom is a standalone device which is used for conveying messages from one point to another. This system is completely independent of your regular telephone network. You might have seen such an assembly in various houses. Intercoms also serve a security purpose because whosoever wishes to come to your house will have to seek permission via intercom. Once you receive the message, you will have to reply back either with an agreement or disagreement. In this way, you can even save yourself from the hassle of going to your main door every time when someone rings the doorbell.

How to use Google Home as an Intercom by Making use of your Tablet or Phone?

In order to use Google Home as an intercom by making use of your phone or tablet, you will need to perform the following steps:

Because of this, the people living in your home will immediately know you will be home within half an hour. In this way, they will get dinner/ lunch or whatever stuff you will like to have, ready for you before you reach. And the best part is that you did not even have to call or send a text message to your family but still your message was conveyed just because of Google Home Intercom.

How to Broadcast a Message from One Google Home Device to Another?

This method can just be used for fun or for making a special announcement that you want all of your family members to listen. Moreover, this setup can also prove to be useful in large gatherings where children mostly get lost. These multiple broadcasts will help to find them easily.

How to Send a Reply to a Broadcast using Google Home?

In order to send a reply back to a broadcast message using Google Home, you will need to perform the following steps:

This method portrays Google Home Intercom as a real two-way communicator which is capable of sending and receiving messages. In this way, you do not have to spend any money on getting a separate intercom system. Your work can be done merely with your Google Home smart speakers. 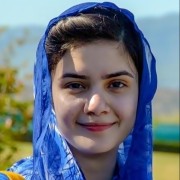