Social Networking Websites are the ones receiving huge traffic on daily basis. These websites have definitely made their importance in everyone’s life. A social networking website is the best mean of communication and interaction as well as enhancing your business boundaries in order to increase sales. That’s the main reason; people tend to make their way to these websites.

Facebook offers the best experience to its users which a social networking website should. You can communicate with someone in your friends list directly using the live chat feature but sometimes, you may get offended and would want to find a way to block someone in order to stop receiving messages and news feeds from them. After sometime, if you decide to unblock the friend you blocked before, you can easily do it using the unblocking feature of Facebook. So, in this guide, I will show you how to unblock someone on Facebook.

You can unblock someone you blocked before on Facebook conveniently by following the steps mentioned below. 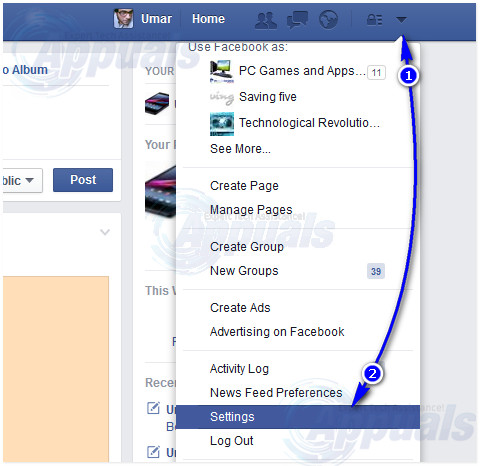 If you are using Facebook mobile app, you need to tap on the icon with three horizontal lines located at the top right. Scroll down the list and tap the Accounts Settings option. 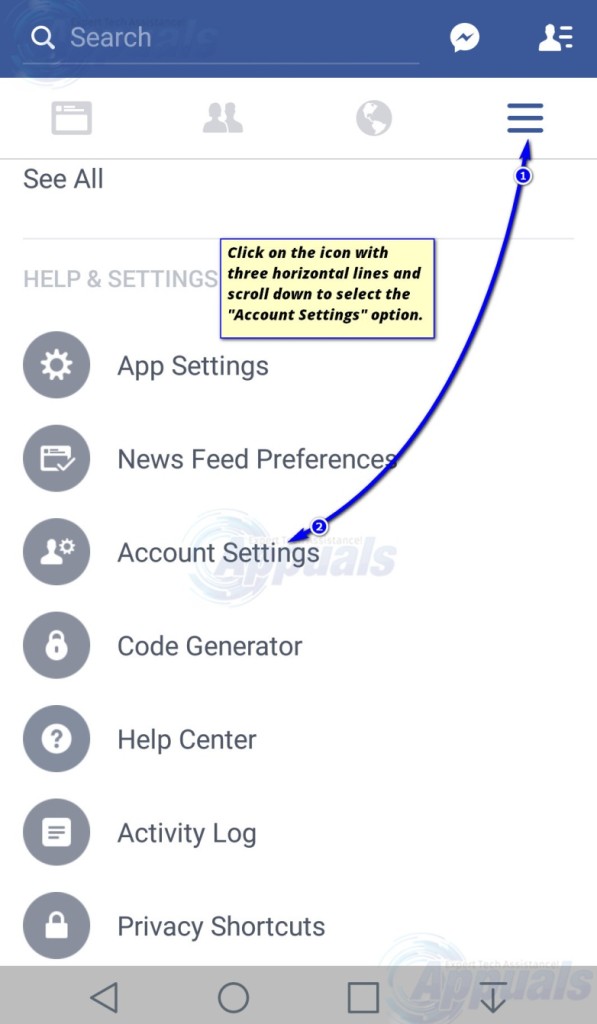 Inside the Settings window, click on Blocking option present on the left pane to view the friends you blocked before. Inside this panel, you can also block apps or messages. This process is the same for the users logged onto the Facebook using mobile app. 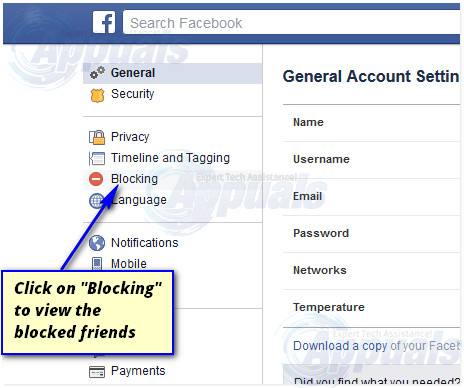 On the next window, inside the Manage Blocking section, you might see a list of friends you have blocked under the Block users. Click on Unblock next to the name of your blocked friend. Confirm the process and Facebook will do the rest of the task to unblock your friend.

Note: Facebook doesn’t automatically add the friend, you unblocked, to your friends list. You are required to add him/her again using the Add Friend option. 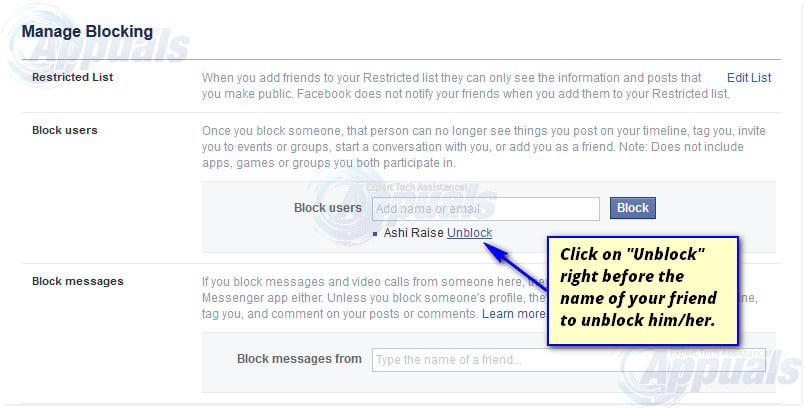