PulseAudio is a sound server application that ships with network capabilities. Occasionally it will be necessary to directly invoke it before a different program in order to allow said software to interact with a device’s sound system. Programs started from both graphical and text-based interfaces may actually require this sort of driver in order to provide output over the loudspeakers.

While directly invoking PulseAudio does involve invoking a command, it can actually be implemented as part of a dock, launcher or applications menu. This means you can automate any process that needs the server by simply doing this one time while editing the configuration that’s used to launch processes from said dock. Once you’ve ensured that the sound system works with the software, then you’re going to be able to use it indefinitely.

Add the command padsp before whatever command you are running. For instance, if you had a program called noisySoftware, then you’d simply run:

This would immediately start the program and then redirect its access to /dev/dsp or an auxiliary device instead to the PulseAudio sound server. You can make this modification from a command line or from a script. You can also add this when you’re running a program from the run dialog box accessed from a menu or by holding the Windows key and pushing R.

Additionally if you’re making shortcuts on your applications menu or desktop, then you may add it before the rest of the file name. Say you are on a distribution that supports .desktop files and you were trying to make a link to noisySoftware. Simply use padsp noisySoftware in the EXEC= line of the .desktop file to make the sound system work. If you’re writing a script, then you’ll more than likely want to add an ampersand (&) after the line in order to keep noisySoftware or whatever you’re providing sound for resident. This can of course also be included in the configuration file for any sort of dock or launcher software you might have that you’ve added a link to launch a program from. When editing such files, just look for a line entitled EXEC or something similar. This is where the actual name of the program goes. 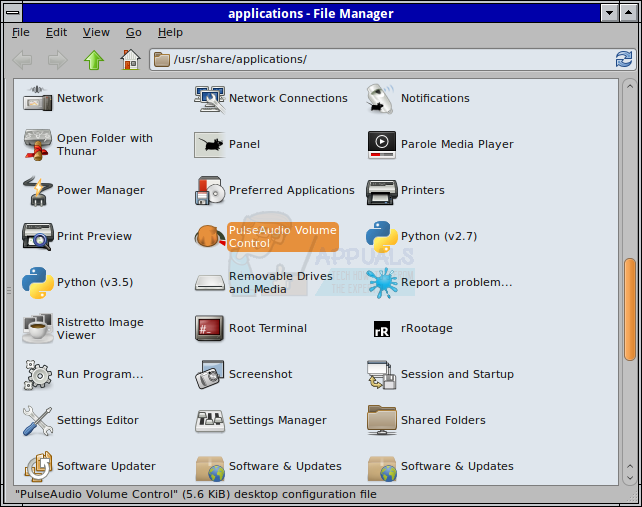 Select this icon and start the volume control. Make sure that you have the Output Devices tab selected. Slide the slider to the right to make the sound louder. If it’s still too soft, then you can go over the Base 100% (0db) line, but don’t use this if you don’t have to since it can make some programs exceptionally loud. 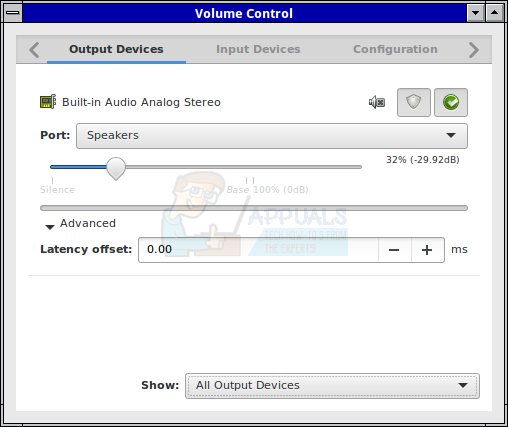 How to Troubleshoot Silent Programs with PulseAudio