AptPackageIndexUpdate is a command that runs on a Bash shell. A bash shell is similar to a command prompt in Windows, except that it’s used on Linux. On latest releases of Windows 10 Microsoft has decided to incorporate this shell with the intention to make Linux more approachable for Windows Users as you would be able to learn about Linux commands. The Bash for Windows is not included in the Operating System you would normally have to enable the developer mode and install it as a new feature.

If the Bash shell is opening automatically running the command AptPackageIndexUpdate which basically updates the index for the sources available to download any Linux software, then you are facing an issue, because unfortunately, if you try to close this shell the system won’t allow you, even if you try through the Task Manager. 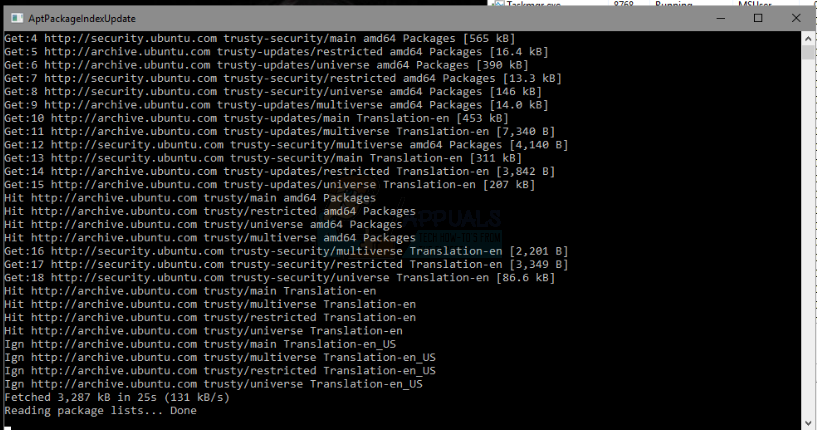 The reason this happens it’s because the Bash will create a task that runs automatically when the PC is Idle.

(Dec 18, 2016) Please note that up to today Windows has not provided an update to be able to force close the bash command.

Method 1: Disable or Delete the task through command.

How to Stop BASH from Opening AptPackageIndexUpdate on Windows 10