Overwatch took the entire multiplayer shooter genre by storm upon its original release in 2016. Its growth was lightning fast among casual and competitive players alike due to its fun yet competitive nature, which also helped create entire eSports leagues around the game. But the new content and balance changes came to a complete halt due to the team’s internal struggles in the department and many shocking allegations regarding sexual misconduct and harassment among many things.

Now under completely new leadership and after years of secrecy and delays, Blizzard has recently confirmed via an official dev update that multiple beta tests for Overwatch 2 are going to be taking place throughout the year, in 2022. Below is everything you need to learn about Overwatch 2.

What is Overwatch 2 and what will it include?

First announced at BlizzCon 2019, Overwatch 2 is a standalone sequel to 2016’s award-winning, multiplayer competitive hero shooter Overwatch from Blizzard Entertainment. After multiple delays and virtually no content or balance updates to the core Overwatch, the developers have officially confirmed that Overwatch 2 will be having closed beta tests starting from April 26th, 2022.

Overwatch 2 completely evolves over its predecessor in both physical looks as well as gameplay perspective. It completely redefines the game by introducing much more dynamic environments for gut-wrenching large-scale battles along with a full rework of the whole cast of heroes, new maps, a new game mode, new heroes, a completely new sound system, and a ping system that allows for more teamwork and synergy among players and much much more content and balance changes.

While Blizzard has also shown interest in including all other platforms in future beta tests, the first closed beta of Overwatch 2 will not be available on consoles and will be strictly limited to Windows-based PCs only.

Beta testers will be chosen on various factors like your region, signup date, PC specifications, etc. Upon selection for the closed beta, Blizzard will inform you by sending an invite link via your registered email address.

To opt-in to the upcoming close beta test, first you need to visit this link and log in with your Battle.net account. After logging in, click on the button ‘Opt-In Now’ and then click on the big button at the bottom of the page — ‘Sign Up Now’. After a successful sign up, it will show a ‘Thanks for signing up’ message.

Note: Remember you need to have the original Overwatch 1 into your Battle.net account in order to get access to the upcoming closed beta of Overwatch 2.

Note: Due to potential changes, the system requirements for this game may change over time.

Will Overwatch 2 be Free-to-play?

Since Overwatch 2 is a completely new game and will feature a PVP mode or a Competitive Online Multiplayer experience (Similar to Overwatch 1) as well as a PVE mode or Co-op story mode, it will cost $39.99 for PC and Switch owners, and $59.99 for Playstation and Xbox owners. However, the PVP part of Overwatch 2 will be a free Upgrade for anyone who owns Overwatch 1, and the PVE content will come as a paid optional add-on. 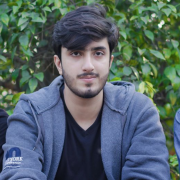 How to Sign Up for the Upcoming Overwatch 2 Beta