By default some critical files are hidden which the Mac knows is not needed by the user. This is done to avoid losing or having a user unintentionally makes changes to these files. Mac has no option unlike Windows to set “hidden files to show up” from the GUI (Graphical User Interface). BUT this can be achieved by using Terminal.

If you only want to view hidden files temporarily then you can do this by Holding Down the Command Key and the Shift Key and the (full stop) simultaneously while in the Open/Save (File Dialog Box).

However if you wish to enforce mac to show hidden files permenantly, then this is done by changing the AppleShowAllFiles value to True.

To do this, go to Finder -> Utilities -> Terminal or Hold Command and Space key together to pull up Terminal. 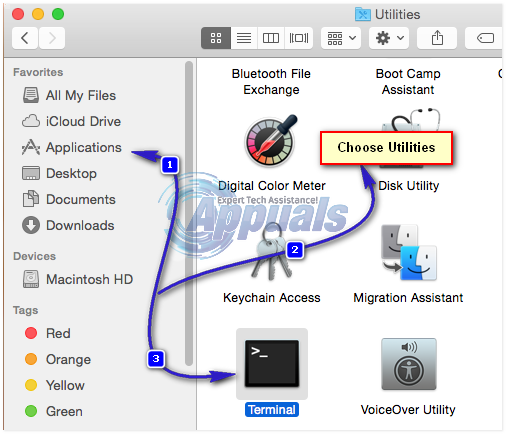 Once in Terminal, execute the following command.

Now re-open Finder and it will show up all the hidden files.

If you have OS X 10.9 or later, omit the killall Finder command and reboot your Mac after running the first command.

If you want a hidden file/folder to turn into a normal file/folder that was not hidden, go back to the terminal window. Now type:

The target file/folder will now be unhidden.

If you want to revert the settings and disable viewing hidden files, type the following commands in the terminal window and press Enter after each:

If you have OS X 10.9 or later, omit the killall Finder command and reboot your Mac after running the first command. Restart Finder.

How to Show Hidden Files on a Mac