From self-driving cars to high-end Android Smartphones that can be bought while maintaining a tight budget, Google is working on a horde of things to make the world a better place. One of the tech giant’s latest pet projects is Project Fi, a wireless cellular network aimed at revolutionizing the world of cellular carriers. Project Fi is here to eliminate the greed that other carriers showcase by charging their customers a higher rate for overages and charging them for what they don’t use.

Project Fi charges users a base price of $20 for unlimited texts and calls and $10 for every gigabyte of mobile data that they use. The mobile data that Project Fi offers can also be availed abroad. If a person uses less data than they paid for upfront, they are refunded for every gigabyte of data that they didn’t use. In addition, in the event that a Project Fi subscriber uses more data than what they paid for upfront, the charges for the excess data remain the same and are simply added to their next bill. It has almost been a month seen Project Fi became functional, and, at the moment, only individuals who have been invited to the network by Google are able to register on it.

Getting an invitation to the Project Fi network is pretty easy as all it requires is for a person to sign up for an invite on the Project Fi website and wait in line for their invite to be sent to them. Once a person has acquired an invite to Project Fi, the following are the steps they need to complete to set the service up and start using it: 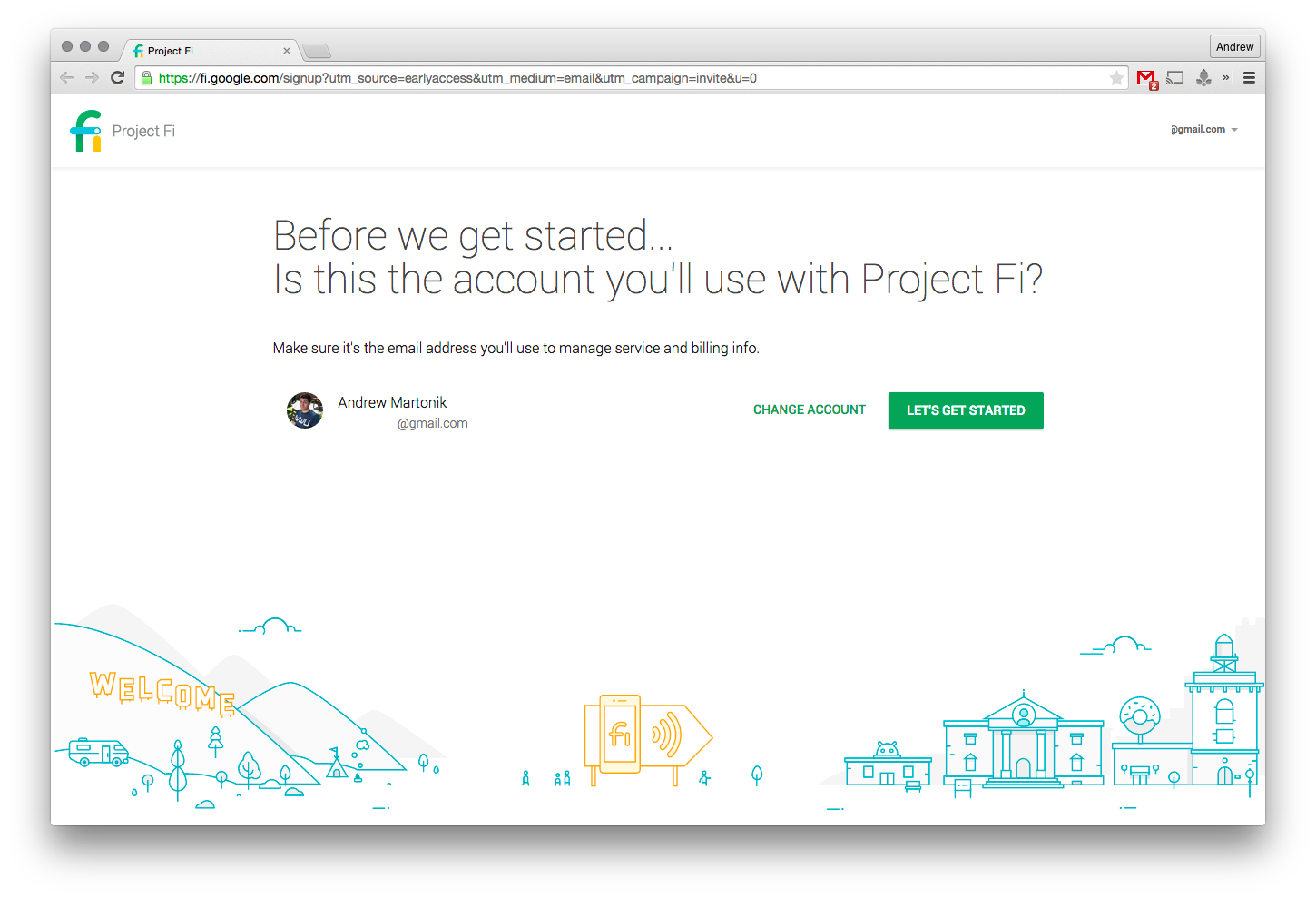 How to Set Up and Use Project Fi