The LG L15G is one of the four budget-friendly LG Smartphones that TracFone recently introduced to the world. The LG L15G, also referred to as the LG Sunrise, comes with fairly impressive specifications but is available at an amazingly low price, making it the perfect Smartphone for peeps who desire the unadulterated goodness of the Android Operating System but are in no position to spend a fortune on buying a phone. The LG L15G is not too large in size and is packed with all the features an Android user could possibly require on a day-to-day basis.

Under the hood, the device has a dual core, 1.2 GHz Qualcomm Snapdragon 200 MSM8210 chipset, an Adreno 302 GPU and 512 Megabytes of RAM, accompanied by a 3.8 inch display and a 3 Megapixel camera. The LG L15G also comes with Android 4.4.2 KitKat out of the box. The Android OS is most well-known for its diversity and for letting users who simply want more from the Operating System have their way with it. Android users can unlock a whole new world of possibilities by rooting their device, and LG L15G users are certainly not exempt from this luxury even though the LG L15G is a fairly new addition to the world of Android. The following are the three methods that can be used to successfully root the LG L15G:

Download the latest release of the KingRoot APK, copy it onto the device and install it. Remember to make sure that the device has been allowed to install applications from unknown sources in Settings beforehand. 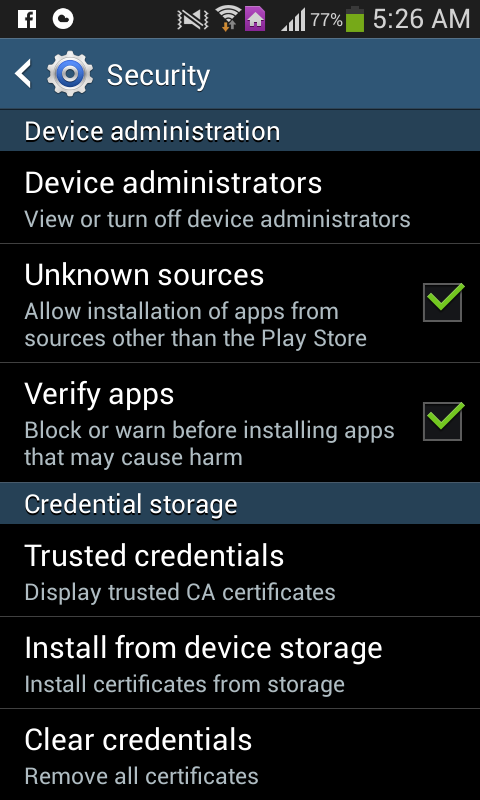 Tap on the ‘Start Root’ button in order to execute the process.

Wait for KingRoot to root the device and, once the device has been rooted successfully, the app will display a large green tick.

Download a Superuser Management application such as SuperSU by Chainfire from the Play Store.

It should be noted that you will only succeed at rooting your LG Sunrise (L15G) using this method if you download and install the latest version of the KingRoot application. Older versions of KingRoot will not succeed at rooting the LG L15G as the device has been released into the international phone market quite recently. Any versions of the KingRoot app that were developed before the LG L15G came into the market will not be able to successfully root the device.

If you are sure that the version of KingRoot that you are using is indeed the latest version and still can’t manage to get your LG Sunrise rooted, you should try Root Genius – another one-click root utility that has proven to be successful at rooting the LG L15G. To root your LG L15G using Root Genius, simply download and install the APK of its latest version onto your device, run Root Genius and follow the on-screen instructions to successfully root your LG L15G.

Method 3: Use a root script designed specifically for LG devices

Download the LG Root Script and unzip it using 7-zip, WinRAR or any other extraction utility.

Enable USB debugging on your LG L15G by going to Settings > General > about phone > Software information, tapping on the Build number 7 times and then going to the main screen of Settings > Developer options and enabling USB debugging.

Plug your device into the computer using a USB cable.

Out of the unzipped contents of the Root Script .zip file, double-click on the LG Root Script.bat file to run the script.

A pop-up window on your phone will ask you to allow USB debugging. Check “Always allow from this computer“, then tap on OK.

(If your device is not recognized or is facing any issues with the script, switch the USB connection between Media device (MTP) and Camera (PTP).)

Your device will automatically reboot several times during the process. Let it.

Once the script has been fully executed, you will be asked to press any key to exit and your device will reboot.