Apple recently released iOS 11.1.2. The main purpose of this update is to fix unresponsive iPhone X’s touch screen on temperature drop. And, many of you would like to install it to take the full advantage of your iPhone. However, if you have enrolled in Apple Beta Software Program, the odds are that you had already been using the iOS 11.1.2 dev/public beta. Now, if you want to go to the stable non-beta iOS 11.1.2, you have two ways of doing it. One way is to get the official release directly from your iDevice. The other way is to use iTunes on a computer. But first, let’s remove Beta Profile from your iDevice. 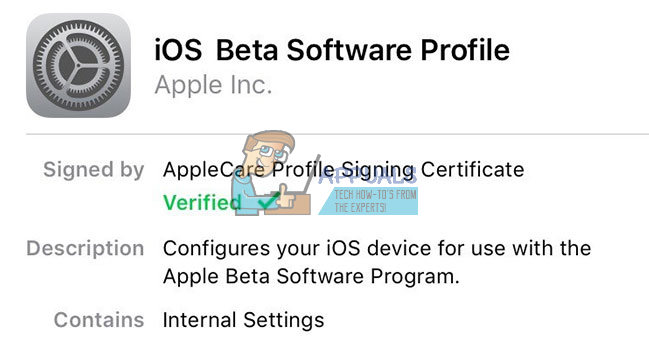 How to Remove Beta Profile From iOS Devices

This section is for users who have been enrolled in Apple Beta Software Program only. If you have never used beta versions, you DO NOT need to perform the following steps. And for those of you beta testers out there, here are the steps for removing the beta profile from your iOS Device.

How to Install Official iOS Updates Using Your iOS Device

The simplest way to install the official iOS version on your iDevice is the following method.

Some iPhone X owners reported that they were not able to install an official iOS update even after removing their Beta Profile from the devices.

To stay away from this scenario DO NOT restore your iPhone X from a Beta backup. If you do restore from a beta backup, Beta Profile will be put on your device as it is a part of the backup file.

For those of you who have already restored a Beta backup on your iPhone X, or you have enrolled in the Beta Program from your iPhone X, and you are not able to install official iOS releases using the above steps, try performing the following method.

How to Update to an Official iOS Version Using iTunes

If you performed all these steps and you still have a beta iOS version installed on your iPhone X, you would probably need to wait for a new public non–beta iOS release to come out.

Being enrolled in Apple Beta Software Program is a great opportunity for trying new additions and features of iOS. However, if stability is in the first place when it comes to iOS characteristics, the official releases are the right choice for you.

Please tell us if this article was helpful for you in the comments section below. Additionally, if you know any other method for removing Beta Profile from iOS, do not be shy to share it with us.