A lot of places have relaxed lockdown measures around the world, but a good majority of workers are still in remote work arrangements. Being stuck inside your home working all day can be a bit maddening, so it’s nice to get fresh air during the day. Only problem is taking your laptop with you all the time when you want to work at an outdoors coffee shop.

I’ve actually figured out a lot of ways to make getting work done on my Android phone easier. You would imagine getting any work done on a little 7” screen would be difficult, but it’s really not once you get used to it. There’s apps to do pretty much everything you would do on your computer / laptop.

So let’s just look at some ways you can turn your Android phone into a little portable workstation.

Mirror your desktop screen to your phone

A lot of people already know how to mirror their phone on their desktop, like in these Appuals tutorials:

But we can do the opposite as well, mirroring your PC screen to your phone. You really don’t even need tutorials, there’s really easy apps to do it, even Google has Chrome Remote Desktop.

This has immense benefits for when you have certain apps or files on your PC, and need to quickly grab them on your phone. Or if there’s a certain PC software you really need to use for work, and there’s no alternative app for your phone.

Get all your desktop apps on your phone

If you use a desktop software for your work, there’s probably an Android app version, or at least an alternative app with file compatibility.

For writers, Google Documents works perfectly well on Android. If you need to convert and edit PDFs, try something like a PDF converter for Android. For photographers, artists, and graphic designers, Adobe has really been releasing a lot of great updates to their Creative Cloud suite for Android.

My point is, there’s an Android app to do pretty much any kind of work you’d normally do at your desktop. 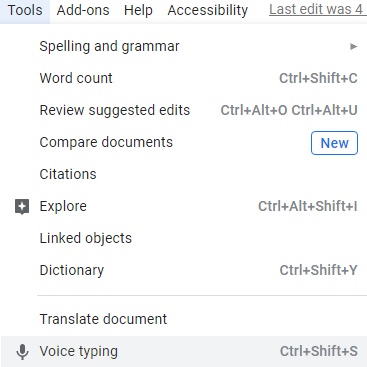 Believe it or not, I’m using the voice typing tool in Google Drive to write this article. When I write from my keyboard, I spend extra time focusing on my grammar and organizing paragraphs to look cleaner, which throws wrenches in the creative thought process.

With voice typing, I just kind of ramble on about a subject, then clean it up later on my keyboard. So what you’re actually reading right now was originally dictated in voice typing, then edited a bit on a keyboard.

Voice typing has come a long way, it’s not riddled with typos and misheard words anymore. Google really amped up the neural network with context recognition, and punctuation-commands. I just say ‘period’ to finish a sentence, or “new paragraph” to start a new paragraph.

This is very useful for writers like myself who don’t want to be tied to a computer, or sending email correspondences on the go.

Use your phone for video calls on PC

Here’s a little known secret – phone cameras are infinitely better than webcams in terms of quality. Webcam technology is severely lagging behind phone cameras, that’s a verifiable fact. If you can use your Android phone as a PC webcam, what’s the point of buying a separate webcam for video conferences?

Check out this Appuals tutorial:

Get a folding keyboard

I was talking about voice typing earlier, but there are times when you still want access to an actual keyboard. And I don’t want to lug around a laptop.

I’m not going to promote any specific brands here, but if you’re serious about using your Android phone as a portable workstation, buy yourself a good foldable keyboard, preferably with Bluetooth connectivity. 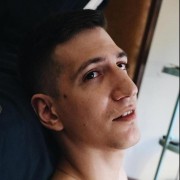 Tony Celentano
Tony Celentano is a traveling freelancer originally from New York, and currently resides in the Philippines. While passionate about writing, his other hobbies including tinkering with gadgets, painting, playing guitar, and being a stay-at-home dad.
Trending
Close

How to be more productive on your Android phone