Microsoft is perhaps one of the only companies that didn’t try to jump on the VR bandwagon when it was huge, instead they chose to focus on something much more feasible and less disappointing: Augmented Reality. The Hololens is a cool device that can warp your surroundings and give you a cool experience, which is what a lot of people going through Times Square in NYC got to experience today in the form of a ship getting de-wrecked in an experience called Unmoored.

The experience was put together by conceptual visual artist Mel Chin, who prefers diversifying the ways he likes to display art in modern life. A big skeleton of a Civil War-era ship sits in the middle of Times Square, you can either download the app to view the experience or wait in line for a Hololens for a much more immersive time watching the ship build itself back up in AR and proceed to float up into a sky of water. Yeah, you heard that right, once the ship rebuilds itself the entire Times Square becomes filled with water and the ship floats up to the surface to ride along with a bunch of other ship renders which match boats currently parked in the New York Harbor. The boat skeleton on display was that of the USS Nightingale, a 19th century clipper ship displaying Swedish Opera singer Jenny Lind as the figurehead on the ship’s bow, Lind was popular in New York around the time that the city was getting deeper into world trade and commerce. 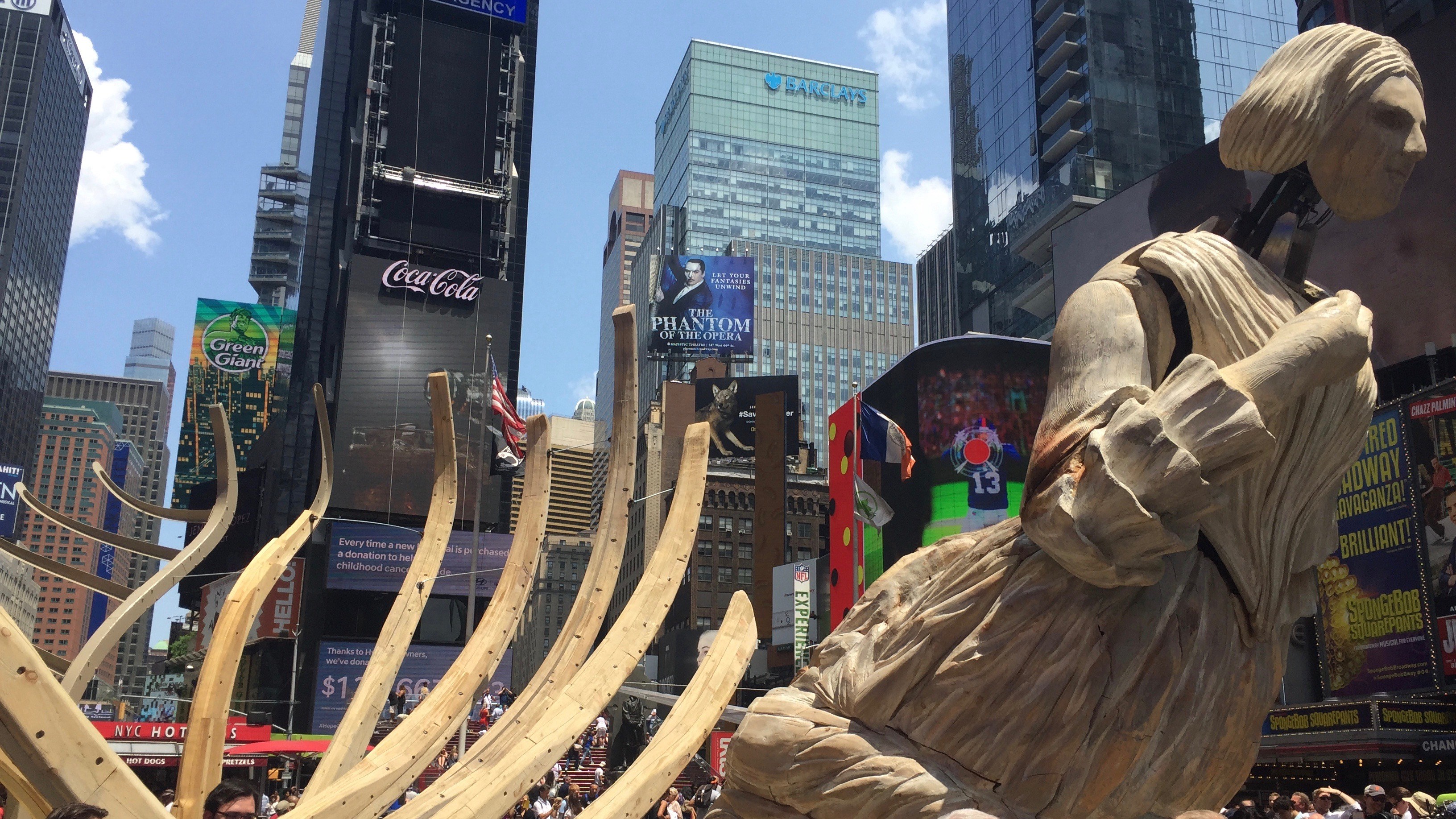 The whole experience isn’t just for the fun of watching a digital ship rise into the air in AR, it’s actually supposed to be a word of warning for global warming. Unmoored is just an addition to this exhibit, which is entitled Wake, and the ships floating on an elevated water level in the middle of New York signifies what the area could possibly be in the future, with the oceans rising to a point where a lot of land on the coast is completely submerged. Chin said at a press event, “It is not about convincing you to believe in climate change or not believe in climate change…It is there to provoke a question: How will you rise?”

Of course, the experience isn’t perfect, the Hololens isn’t even on the consumer market yet. The device is still a bit glitchy, the heat in the middle of Times Square caused units to shut down from overheating, the abundance of sunlight made it difficult for the device to project a crisp image, and the battery life is nothing write home about. But if this experience proved anything, its that more experiences can be made from this. Whenever Hololens does become widely available and for a decent price, AR could become a huge part of everyday life, if not just for the special exhibits like this one that are only really stepping stones to what could be.