High On Life was first announced at Xbox and Bethesda showcase in June 2022, and the game was officially released on 12th December 2022 on PC and Xbox via Game Pass. The game is also available on all major PC gaming marketplaces, including Steam and Epic Games Store.

High On Life is a unique game, and many factors make it different from mainstream FPS shooters. One of which is the game’s jokes and hilarious nods to various games and their bugs. Yes, bugs in this game are intentional for some reason, and if you are nerdy enough, you can catch most of them. 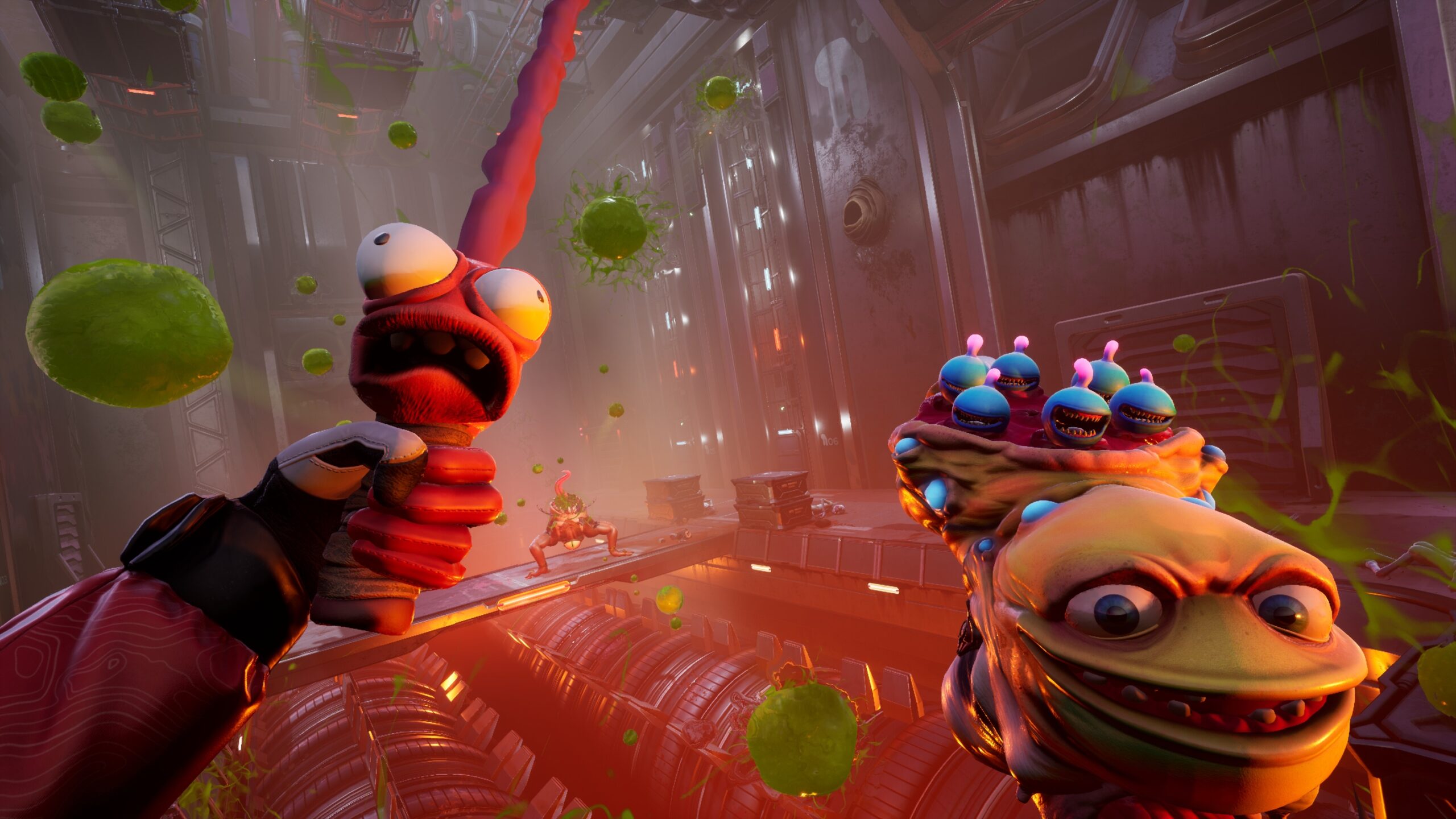 Even if the game’s jokes do not fit you, the game alone is a pretty solid shooter with talking guns and impressive gameplay mechanics and perks that make the overall gaming experience fun. And the best part is, unlike most FPS shooters, you do not have to be an accurate sweaty player to win or enjoy High On Life; the jokes, the enemies, and the guns are enough to make your experience lasting.

Besides that, the dev team behind the game, Squanch Games, is not that big compared to well-established gaming studios and still it is impressive with what they have been able to achieve. One of the creators behind the game, Justin Roiland, is well-known for his comedic animated show; Rick and Morty, and the essence of that show is clearly visible in this game as well, becoming an easy pick for the show’s fans.

The developers have also used the latest AI-generated art and voice in the game, making it one of a kind. All the distinguishing factors surrounding High On Life could be why the game is performing so well on charts; whether it is about Xbox or Steam Charts, it dominates everywhere. As the gaming industry enthusiast, Beni-Sales on Twitter pointed out, High On Life is now the fourth most played game on Xbox, just behind heavy hitters like Call of Duty: Modern Warfare 2, Grand Theft Auto V, and Fortnite.

High on Life has now reached the Top 4 Most Played Games on Xbox only behind COD MW2, Fortnite, and Grand Theft Auto V

It's ahead of huge Free 2 Play titles like Apex Legends, Roblox, and Overwatch 2

I can't overstate how impressive of a performance this is. HUGE engagement pic.twitter.com/PQigwShiQu

However, it is in the top 3 most popular titles on PC and Cloud Gaming services, supported by Game Pass. And to make things more clear, High On Life is the second most sold game on Steam, just behind Steam Deck, sitting comfortably above games like Call of Duty: Modern Warfare 2 and FIFA 23 on Steam Charts. It should be noted that the sales of High On Life on Steam Charts quoted in this article are for the week ending on 18th December 2022, and it is a week-on-week comparison.

Games like High On Life prove that you do not need any out-of-the-world visuals and storyline to make a game enjoyable; a simple yet unique game is enough to give the players a lasting experience. The exact sales figures of High On Life are yet to be revealed, and we will keep an eye on them to keep you updated. However, performance on charts already strongly suggests that it is another achievement for Squanch Games if commercial success is concerned.

What are your thoughts about the performance of High On Life on gaming charts? Have you played the game yet? Did you enjoy it? Let us know in the comment section below.