Zotac is a very reliable hardware manufacturer. Although the brand may not be extremely prevalent in the western markets, it has no problems having a stronghold in the Asian markets with its highly competitive price point.

This card like any other GTX 1650 is based on the TU107 chip by Nvidia with a 128-bit wide memory interface. What’s special about the card is that it can provide a highly efficient TDP of sub-75 watt as compared to the 75-watt TDP of the reference design, which makes this card ideal for small form factor micro ITX builds.

This card is set to appear at Computex 2019 in Tapei, Taiwan. As it is a GTX 1650 after all, the card does not require supplementary power connectors to provide it with the juice it needs to run. It is a clean PCI Express plug and play card as a PCI Express lane can easily support its sub-75 watt TDP.

The GPU will support DVI, HDMI and Displayport connectors for display as provided in the spec sheet by Nvidia. This card will take up 2 PCIe slots in your PC case due to its double-fan design cooler. And the w2 slot design has been standard for quite a while even for the least power hungry GPUs like this one.

This new Turing GPU doesn’t only have to compete with the AMD’s RX 570, but also with its ancestor the GTX 1050ti, which provides only 77 percent of the 1650s power, but also costs less. The RX570 who’s 4GB variant  has a performance which sits right between the 1050ti and the 1650, whereas the 8GB variant costs a bit more but has a perfomance which is more in line with the 1650, at which point it makes the 1650 a better purchase. So by paying a little less, you can get a little less powerful card for your money by going for either of the 1050ti or the RX 570. Which is another example of why the new generation Turing GPUs don’t provide much of an upgrade to the price to performance ratio for the Nvidia graphics cards. 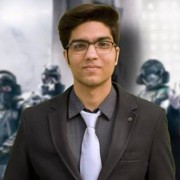