[UPDATE]: According to renowned insider Tom Henderson, by posing as a Rockstar/Take-Two employee, someone was able to communicate with the hacker. The hacker claims to have source code once more, assuring him that the “IT staff can inspect the logs” to provide documentation. The hacker has updated the original post stating that he is “looking to negotiate a deal.”

Moreover, Rockstar has now started to DMCA the leaked footage, adding even more authenticity to this leak. 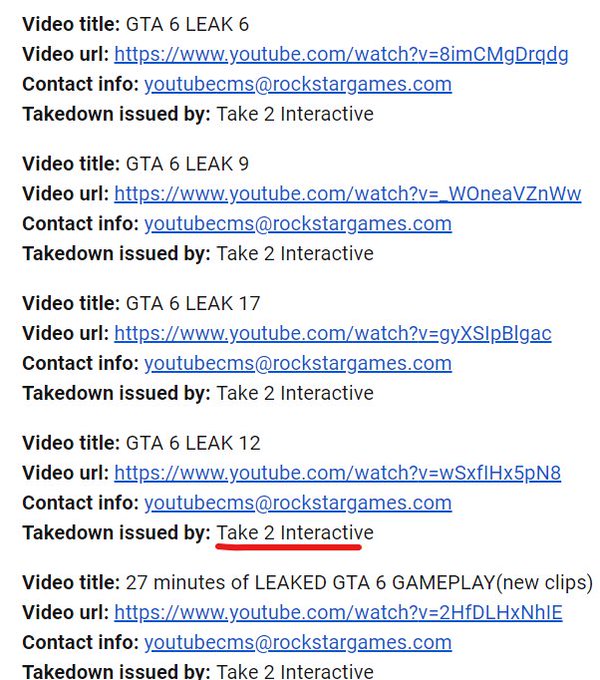 Numerous clips from Grand Theft Auto VI have been leaked online, giving us an initial glimpse at the game’s two main characters, a robbery, and multiple scenarios.

Over the past few months, there have been several GTA leaks. According to reliable sources, Grand Theft Auto 6 will have a female protagonist, and Rockstar wants to make the game as realistic-looking as possible. The most recent leak, though, might be this video.

The information was leaked by GTAForums user teapotuberhacker, who claims to have been behind a recent large-scale Uber breach. Ninety videos total, all from different stages of development, were leaked. There are a few fascinating pieces to pull, even though some are just a figure walking or test of some technical stuff. The video shows the alleged Bonnie and Clyde-like pair, Lucia and Jason, robbing a cafe in the Pulp Fiction fashion and controlling the crowd before the police arrive.

The leak further shows a person strolling with a gun in one hand and a rifle in the other, indicating that Rockstar will use the Red Dead Redemption 2 inventory system, which only allows you to carry a limited number of weapons at once. In previous GTA games, you could carry whole weaponry in an unseen pocket, but with this latest iteration, that may no longer be possible.

A second male protagonist is shown in a Twitter thread by @melzyfn wandering what looks to be Vice City, returning to one of the franchise’s most cherished settings. It also provides a sneak preview of the very early phases of swimming and interaction mechanics.

Jason Schreier, a Bloomberg contributor, also joined in to suggest that it’s probably true, particularly given that it depicts the Vice City environment and the two protagonists he had previously described, namely known as Jason and Lucia, according to the leaked GTA 6 footage.

I just woke up and haven’t asked anyone yet but based on the scale hard to imagine it’s not real. Plus two protagonists and Vice City match what I reported earlier this year

Interestingly, many of the assets appear to be in the planning stages. The game is at least a year or two away, based on the trailer, although it doesn’t seem to be in bad shape right now. For a preliminary build, the scenery and shadows look great.

Although the abovementioned content may be top-notch fakes, the sheer volume of incomplete features has all the characteristics of a game in the early stages of development. Should Rockstar choose to remove the relevant videos, a mistake frequently made by developers who are too quick to pull the trigger, it might unintentionally corroborate the authenticity of the alleged leak.

Disclaimer: All footage shown above is property of Rockstar Games and Take Two Interactive, respectively. No copyright infringement intended. We do not condone the leaks and Appuals is strictly against unsolicited distribution of confidential data.