Although Google’s first foray into cloud gaming was met with lukewarm response overall, the tech giant continues to keep its commitment to supporting the service with more updates in the future. In their Google for Games Developer Summit, Google shared some details on the Stadia service and its future, particularly with regards to certain game engines like Unity and Unreal. There was also an intriguing and ambitious discussion about a ‘Stadia Porting Toolkit,’ whose end goal was to help port DirectX titles into the Vulkan API seamlessly and effectively. You can find the whole Summit presentation below.

As detailed in the video, Google is setting quite the expectations for this porting toolkit. For one thing, its main goal is to “greatly reduce time to first light,” with “no need to change most APIs in Windows games” and “no need to transition from DirectX to Vulkan.” These are ambitious because this would mean that developers would no longer need to specifically tailor their games to Stadia, as the porting toolkit would handle everything from them.

Besides the obvious convenience for porting Windows PC games, the discussion also turns to possible implications for game studios looking to transfer from Windows to Linux. There are source code analyzers reportedly in the works for those situations, as well as other tools to help budding Linux developers.

Older games are also bound to get some love and much-needed traction for resurgence with the help of this tool, as another aspect of it would convert 32-bit titles to 64-bit ones. While merely an assumption at this point, this could be the starting point for older games to make their way to Stadia. This is a huge untapped market for cloud gaming, as the newer versions of Windows continue to restrict older video games that are no longer compatible with the system.

If this is implemented, then Stadia unironically would have done more for games preservation than Windows, an issue for gaming that continues to persist as more and more publishers and developers look to the future while forgetting their earlier releases. With Stadia sometimes being a more attractive solution in lieu of an expensive setup, this could help the dwindling cloud service get some much-needed traction. 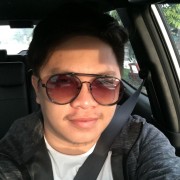