They say that all good things come to an end. Maybe that doesn’t hold true for Google Stadia, but the ride has certainly been enjoyable, and with less than a week to go, the service has released its final game, which is also an exclusive.

With barely five days left, the release of the game served as little more than a “Thank You” to the users who had stuck with Stadia. This morning, the Google Stadia Twitter account announced the release of the Snake-like game Worm Game, which is likely the final game to be released on Stadia. While other platforms have seen announcements of Stadia-exclusive titles, it appears that Worm Game will only be playable until January 18, 2023 at 11:59 p.m. PST.

On the Stadia page for Worm Game, it is explained that the “humble title” was utilized internally for testing purposes throughout the development of Stadia and has continued to be used since then. Originally intended for internal use exclusively, it was made available to the public less than five days before the service was shut down as a gesture of appreciation. Players still have up to 180 minutes to try out the game at no cost, and they can do so with any gamepad (keyboard, Stadia controller, etc.).

Moreover, Google has announced that it will provide support for Bluetooth connections to the Stadia Controller. Although Google has promised additional information “next week,” the specifics of how this would happen remain a mystery.

Many people are still unaware why Google decided to shut down the service. Well, Stadia was released in late 2019 to a reception that was fairly mixed: some people appreciated it, while others thought it to be completely useless. This was Google’s response to the growing popularity of online game streaming, enabling players to access and play games from their devices anywhere with an internet connection. Its structure was comparable to that of GeForce Now or Xbox Cloud Gaming, although it was never quite as successful as its competitors. That’s why Google announced four months ago that it would end the service in January 2023.

Even though everyone had their own opinions regarding the service, there is no question that Stadia would be greatly missed. We can only hope that in the future, something even more wonderful takes its place. 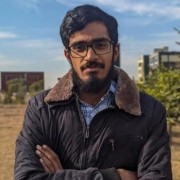