A lot of details surrounding the yet to be released Google Pixel 3 XL have been leaking for a while now (several months in fact), and it seems the leaked information has been kicked into high gear over recent weeks. Just the past few days, leaks with camera examples, a video of the phone charging wirelessly, and a few high-res photographs were leaked online, basically proving that someone out there has their hands on a factory unit, and isn’t afraid to show it off. 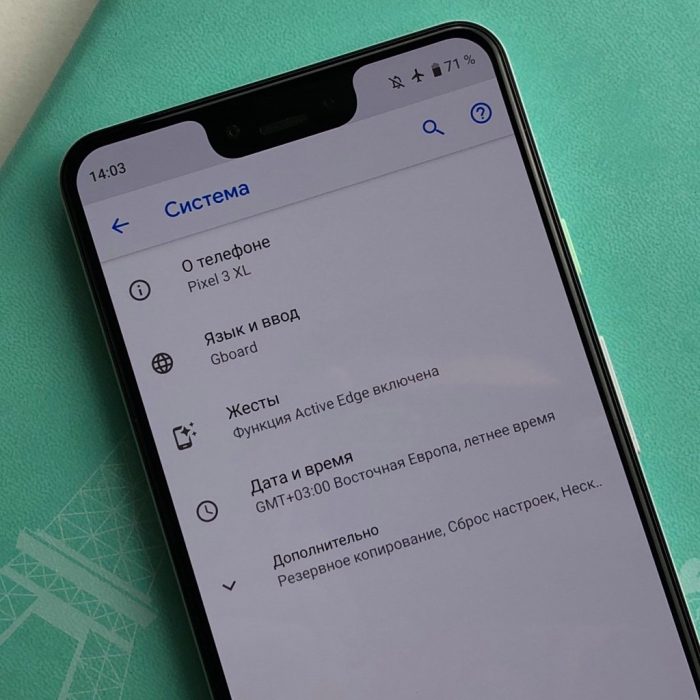 Who is this mysterious leaker? Is it a rogue Google employee? Did a factory worker swipe a model off the conveyor belt? Well the truth is a bit odder – it seems that a single Ukrainian black market dealer with access to potentially a large number of stolen Pixel 3 XL units is the source behind these leaks, and he’s been offering them for around $2,000 USD each.

It all started when somehow, a Ukrainian blogger got access to a very convincing Google Pixel 3 XL unit, and shared photos of unboxing the package on his Telegram channel – he also noted it was a “pre-release” version of the Pixel 3 XL, but didn’t specify exactly how he got it. Normally, this would send red flags through a lot of people – it isn’t difficult to fake units these days, considering all the clones and fakes of popular devices coming out of China. But the photos he shared are really quite convincing, and match the appearance of similar prototype devices shared by Google, so we’re inclined to believe the blogger somehow got his hands on an authentic pre-release Pixel 3 XL.

In any case, the blogger who goes under the name Luchkov has on his Telegram bio that he is associated with a company called Wylsacom Media – the same company that recently shared high-res photos of a Pixel 3 XL close-up. The Telegram blog also shared a few hands-on video footage with the Pixel 3 XL to show off the device’s UI, with a watermark on the video that linked to a mysterious Telegram account.

When following the link to the mysterious Telegram account, it leads to a channel where a dealer is soliciting buyers for a ton of Google Pixel 2 XL units and the unreleased Google Pixel 3 XL. If you want to make a purchase, you need to contact another Telegram account – its basically a spiderweb of Telegram accounts at this point, so we’re nearly certain they’re trying their best to avoid being “caught”.

Of course, many people were quite skeptical, because as we mentioned, its not hard to create clone copies of devices – you can buy fake Samsungs all over Asia, running some modified AOSP ROM to appear like TouchWiz, until you inspect the Build Number and kernel. Not to mention things like fake fingerprint sensors and triple camera lenses, and when you pop off the back cover, you discover only 1 camera inside.

So to prove the authenticity of their pre-release Pixel 3 XL units, the Ukranian dealer / blogger offered a unit to a prominent YouTuber for the whopping sum of $2,000, who noted how shady the deal felt in their video as seen below:

Some netizens also provided screenshots to tech site 9to5Google of conversations they had with the mysterious dealer, which seemed to clear up just a tiny bit of the mystery – such as the $2,000 price tag and availability for pickup in London. Later, a message posted on the Telegram channel indicated that the seller only had 3 units left available (below quote is translated from Russian):

Remains only 3 pcs. Google Pixel 3 XL I answer immediately to the most popular questions: • The price is 2000 $ • Payment is possible via PayPal or Bitcoin. The second is preferable because PayPal has a horse commission for international transfers. • Dispatch is made from London via DHL or FedEx. Regarding the purchase, please contact [removed] Also I remind you that there is a large amount of Google Pixel 2 XL at a good price. Please!

Of course, the mystery of exactly how this mysterious person acquired these units is still up in the air – as well as just how many they sold, although one person’s screenshots show the dealer offering as many as 10 units to just one buyer, which could mean the mysterious dealer had quite the stash of pre-release, authentic units – or a whole factory of fake units made somewhere in China. Furthermore, the dealer mentioned that the phones could not be remotely deactivated by Google.

One thing is for sure, and that’s the fact that this black market dealer has successfully sold many of their pre-production units to buyers on the internet, and that some of the leaked photos of the Google Pixel XL 3 are most likely coming from buyers. Not to mention that a good many of the recent leaks can be traced back to the Ukranian dealer / blogger, including the video that linked to the seller directly.

One thing of noteworthy mention is that the leaks are pretty much uniform – all of the leaks from the various sources, including the seller, the Ukranian blogger Luchkov, a few Russian channels, Wylsacom, and others all show the same device, on the surface – which could mean nothing, if a bunch of people all have the same fake devices made in the same factory, or it could mean a lot, if all these people have pre-production units.

Google has been fairly hush about this, and the availability of unreleased smartphones on the black market isn’t exactly new – the legality varies by place, for example if you knowingly buy stolen goods in the United States – but if all this is true and the pre-production units are indeed real, Google hasn’t spoken up about what could be a potentially huge leak at Google’s expense.

Not so much as a peep from Google, even something like “Yes, we’re aware that there are some pre-production units possibly stolen from our factory floating around the internet” – perhaps Google is hoping that by ignoring this situation entirely, they won’t lend any credibility to the black marketer’s claims of possessing authentic units.

However, it was recently leaked from an insider source that the Google legal and security teams, and Foxconn’s team are both involved in some internal dialogue regarding the leaks.