It looks pretty scary and hundreds of people have reported this problem with Google Chrome inside their Windows 10 Build 10525. In order to solve this issue, you would like to know the reasons causing this crash.

Google Chrome crashes after launch and all the tabs become unresponsive displaying an Aw, Snap error like in the picture below.

This crash is found to be occurring inside the 64-bit version of Windows 10 Build 10525. So, it is causing the crashing issue which can be resolved through the following methods mentioned below.

There are only a few solutions to fix it as Google Authority hasn’t found a better solution to fix it yet. So, you can use the following methods to get chrome back to work.

The major reason behind the Google Chrome crash is the Sandbox. It insists the 64-bit version of Chrome to crash. So, in order to fix and retain the 64-bit version of Chrome, use the no-sandbox flag. This is a great fix but it is not recommended as it puts the Chrome out of its sandboxed state and makes it prone to attacks. If you are still good with it, then you can use it.

In order do this; right click on the Google Chrome shortcut present at the Desktop and select Properties. 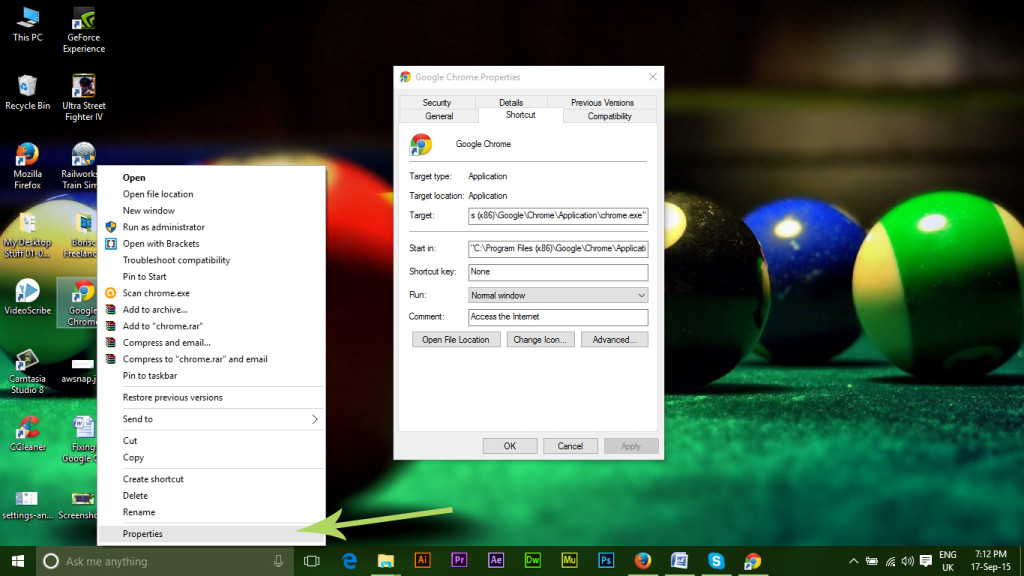 Inside the properties, find the Shortcut Tab at top and select it to view its content. Inside this tab, find the Target field and click on the text. Go to the end of text and press the Space key only one time. Type the following text after pressing Space. 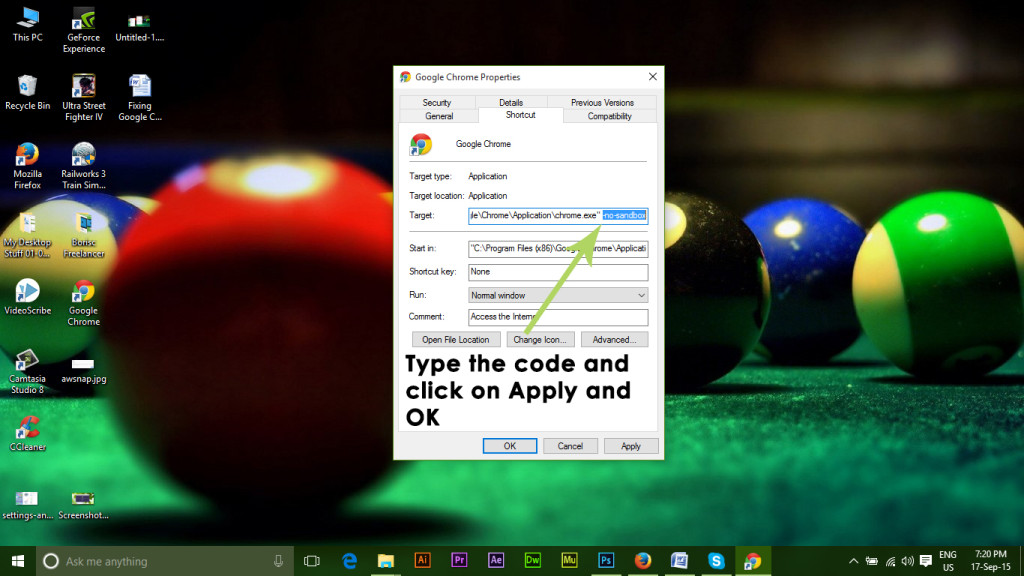 Click on Apply and then press OK. Use the shortcut to open the Google Chrome and hopefully, it will open without crashing.