Recently we got wind of the Galaxy Watch 3 from Samsung. The much-awaited smartwatch from Samsung is right around the corner. Currently, all we know is that there would be two sizes: A 41mm and a 45mm one. Now though, thanks to an article from 9to5Google, we have more information on the specs of these devices.

Now, going into the article and some detail on the specs, we see that SamMobile gave us more insight into it. There would be 1.2 and 1.4-inch displays on the two models. There would be housed in either a titanium casing or an aluminium one. Of course, the former is aimed at the more premium customers.

The device would be a robust one as well. We see that it would be rated for IP68 and not to mention even military-grade protection: MIL-STD-810G. Not to mention, this time around Samsung is set to bring back an exciting feature to the lineup. Found on the initial versions of the Galaxy Watch, we would see a rotating bezel return to the watch. It is quite amazing because how Wear OS is designed, a rotating bezel makes it easier to navigate.

Now coming to the sensors, we would see similar sensors found on the Galaxy Active 2 as well. These include the EKG monitor as well. Additionally, BP monitoring would make its way to the Galaxy Watch 3 as well. We believe that the watch would bring the same sensor from the Galaxy Active 2 to itself. Thus, in a tweet from Max Weinbach confirms that it would support the same charging dock from the Active 2. 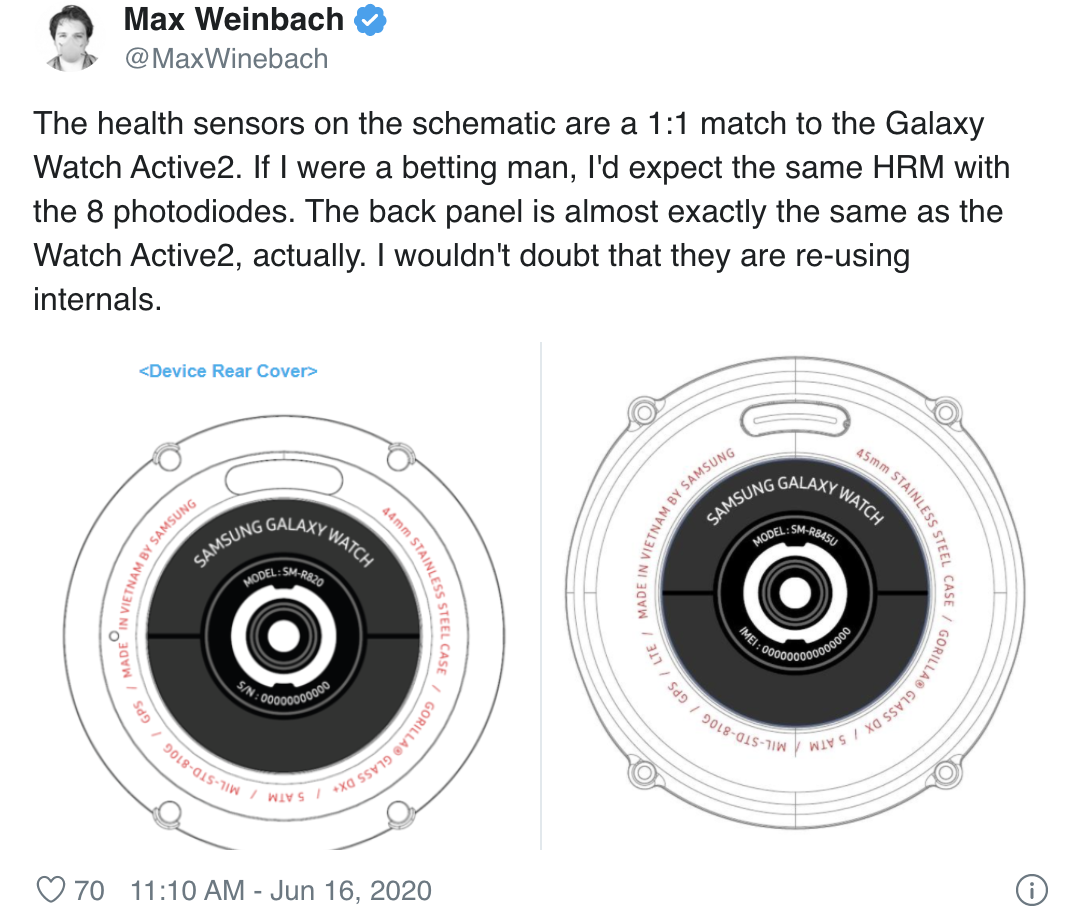 It is believed that the Galaxy Watch 3 would make its way to the market by next month. Perhaps until then, more details about the device would flow in.

Detailed Specs About the Galaxy Watch 3 Surface: A Bunch of New Features Including Sensors From Active 2