AMD‘s FidelityFX Super Resolution 2.0 has been a game-changer (literally) for squeezing extra performance out of GPUs across the board. Unlike NVIDIA‘s DLSS, which is limited to only RTX 20 and RTX 30-series, FSR 2.0 works with a significantly broader range of hardware, including that of the competition.

While DLSS is still going to be superior in terms of producing the better end-result due to its tighter integration, FSR 2.0 has another massive advantage over the former. It’s open source. That single fact changes how the technology is implemented in games, making it much easier for developers and fans alike to add support for FSR.

This helps drive up the adoption of FSR 2.0 faster than DLSS, though NVIDIA’s offering is already supported in over 100 games. FSR 2.0 essentially resets pre-existing FSR support in many games since its an entirely new type of tech which needs to be reworked into the game, so AMD still has to do some catching up.

However, that won’t be enough to stop eager fans who have taken matter into their own hands. Like I just said, the open-source nature of FSR 2.0 allows users to basically go crazy with it. Just a week ago, “PotatoOfDoom” created a mod that put FSR 2.0 in Cyberpunk 2077, and today we have another modder building upon this achievement.

A new mod for Dying Light 2 developed by “mnxn” was released today and it adds unofficial FSR 2.0 support to the game. To be exact, this mod is a fork of the original Cyberpunk 2077 FSR 2.0 mod so it works in the exact same way. It replaces the DLSS files already built into the game with modded FSR 2.0 files, switching out the underlying libraries in the process.

This allows the game to use FSR 2.0 instead of DLSS, though keep in mind that inside the menu, it will still be displayed as DLSS. Plus, you need to run the game in DirectX 12 mode for this to work. Since this is a fan-made mod and not anything official, don’t expect it to be flawless. Random bugs, ghosting issues, and such can pop up but they shouldn’t be annoying enough to frustrate you. 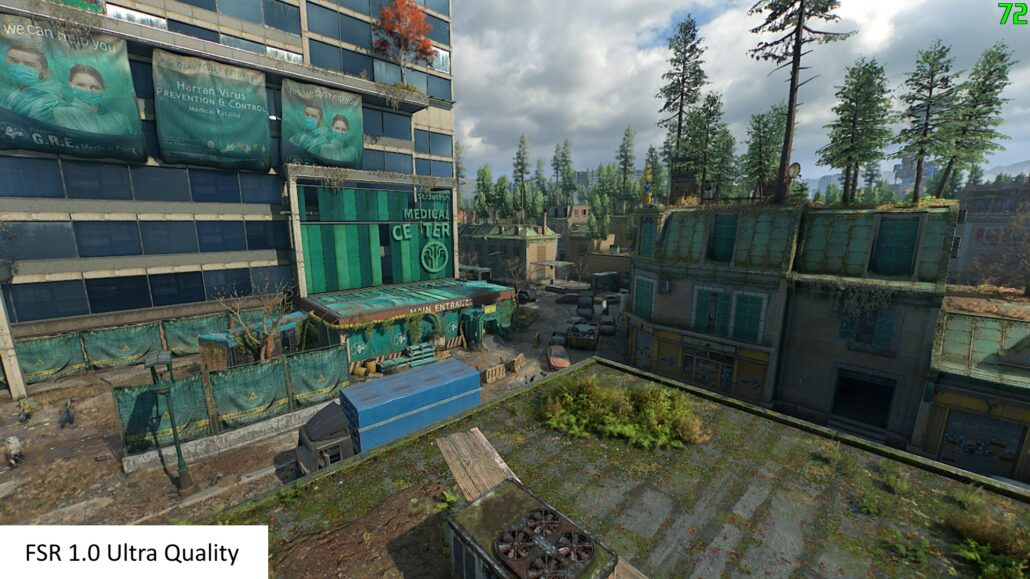 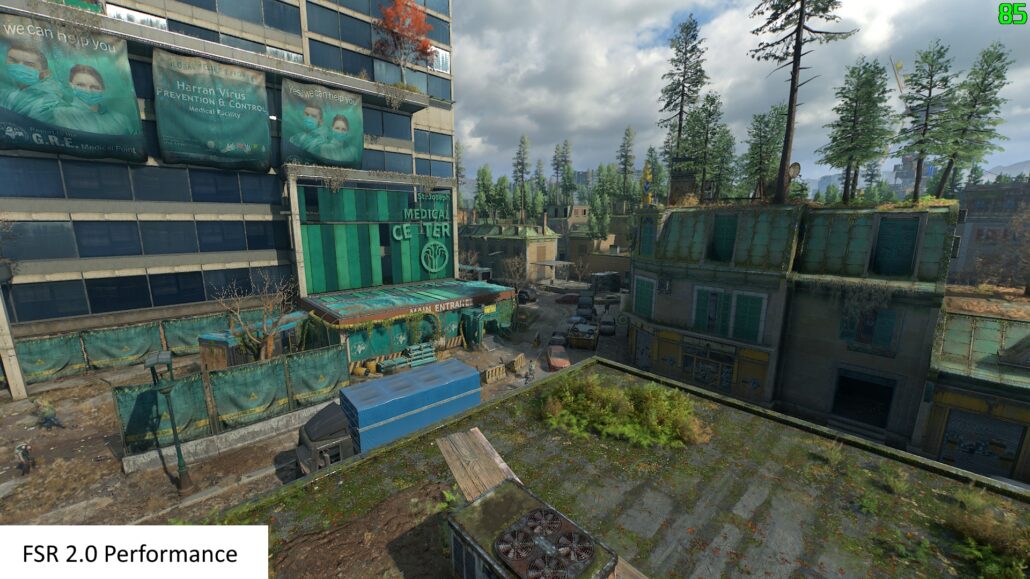 As you can see in the screenshots above, the difference between FSR 1.0 and FSR 2.0 is drastic. Keep in mind that FSR 1.0 is natively supported in Dying Light 2 which makes the visual upgrade even more impressive. Not only that, but FSR 1.0 is running in Ultra Quality mode while the FSR 2.0 mod is running in Performance mode, which is supposed to look worse than Ultra Quality.

Moreover, at the top-right corners of the screens, you can see that FSR 1.0 is running at just 72FPS, compared to FSR 2.0 running at 85FPS. Now, this is to be expected since FSR 1.0 is being upscaled less than FSR 2.0, but the fact that the more upscaled version looks better anyways nullifies any arguments. FSR 2.0 is just plain better in every way.

If you want to try out the mod for yourself, it’s available on Nexus Mods and GitHub. You can download it from either place, but before you do, remember that Dying Light 2 does have a multiplayer components as well. That means the game might have to verify its files with the server, which could mean that it can detect tampering. The game does not have an anti-cheat system, so you shouldn’t really get in trouble, however.