11 Bit Studios have revealed their future plans for their winter survival city builder game. In a blog post published earlier, the developers gave us a look at the 2018 roadmap for Frostpunk. 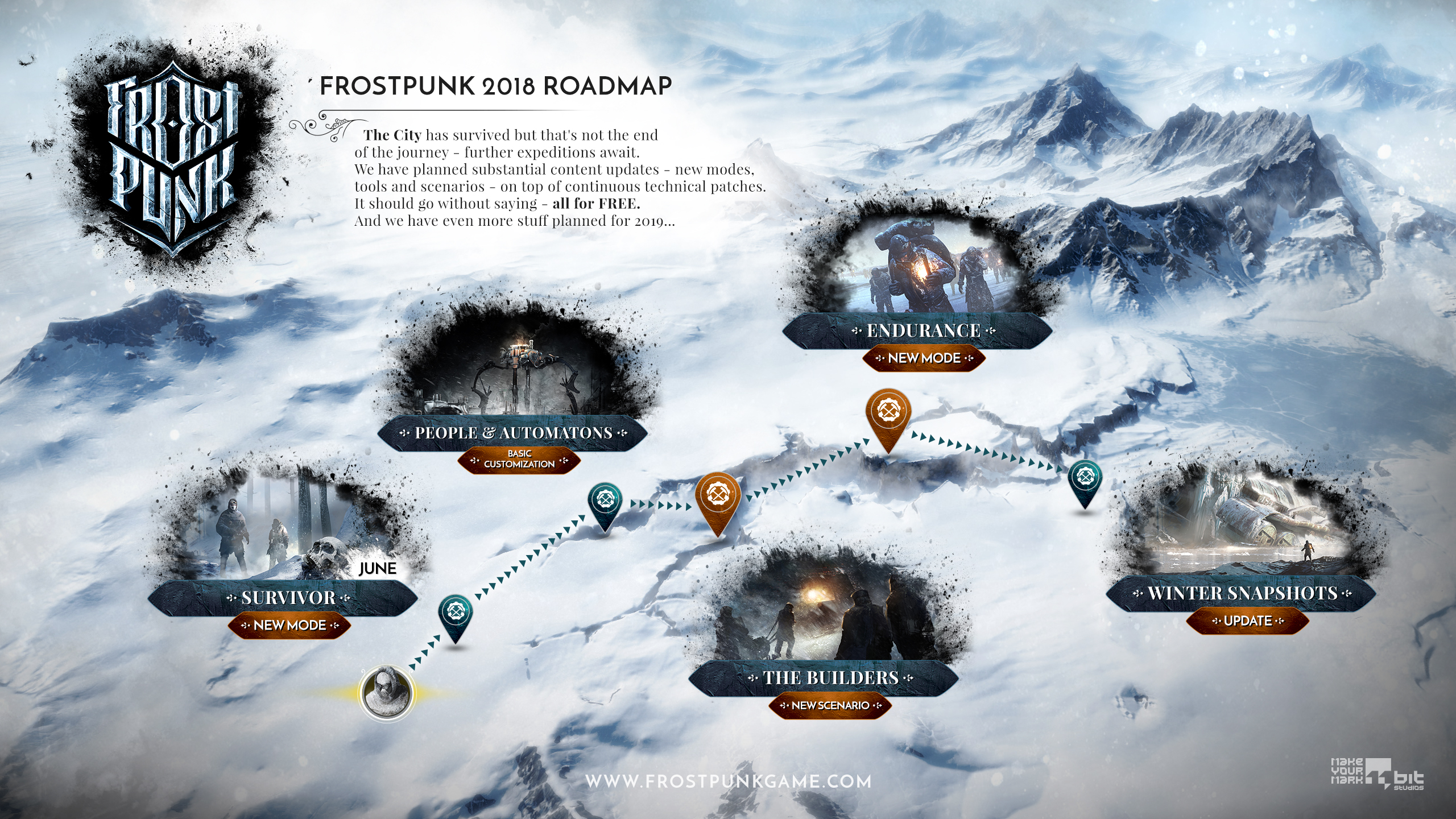 The first update listed on the road map will be coming in June. Titled ‘Survivor’, this update will bring a new game mode intended for the experienced players. With special modifiers and an increased difficulty setting, Survivor mode will prove to be a hard challenge.

Currently, Frostpunk features three playable scenarios: A New Home, The Arks and The Refugees. Developers have plans to add a brand new scenario called The Builders with a unique story and challenges. According to the developers, this will be the biggest content update of 2018.

The Frostpunk community has been requesting the devs to implement an endless or sandbox mode. Their prayers have been answered as the upcoming Endurance mode will display a “distinctive take” on the regular sandbox mode. We are interested to see what 11 Bit Studios has in store for this mode. The endless mode will definitely add much-needed replay value to the game.

Alongside the exciting gameplay, Frostpunk has been praised for its great visuals. A feature that exists in numerous games, the screenshot/photograph tool for Frostpunk is currently in the works. This tool will allow players to capture the beauty of New London and admire them in the form of photographs.

Additionally, the devs teased “a special surprise for this update”, but have not revealed any information about it whatsoever.

Throughout the year, the developers will continue to improve Frostpunk by dishing out regular small updates. These updates will include bug fixes, improvements, stability tweaks and more.

That is all that was revealed in the 2018 road map, but more content is confirmed for the following year as developers have more ideas for the game.