The double barrel shotgun for Fortnite Battle Royale was teased and data mined a while ago. Today, patch 5.20 for Fortnite went live and added the new weapon as well as a new limited time mode. 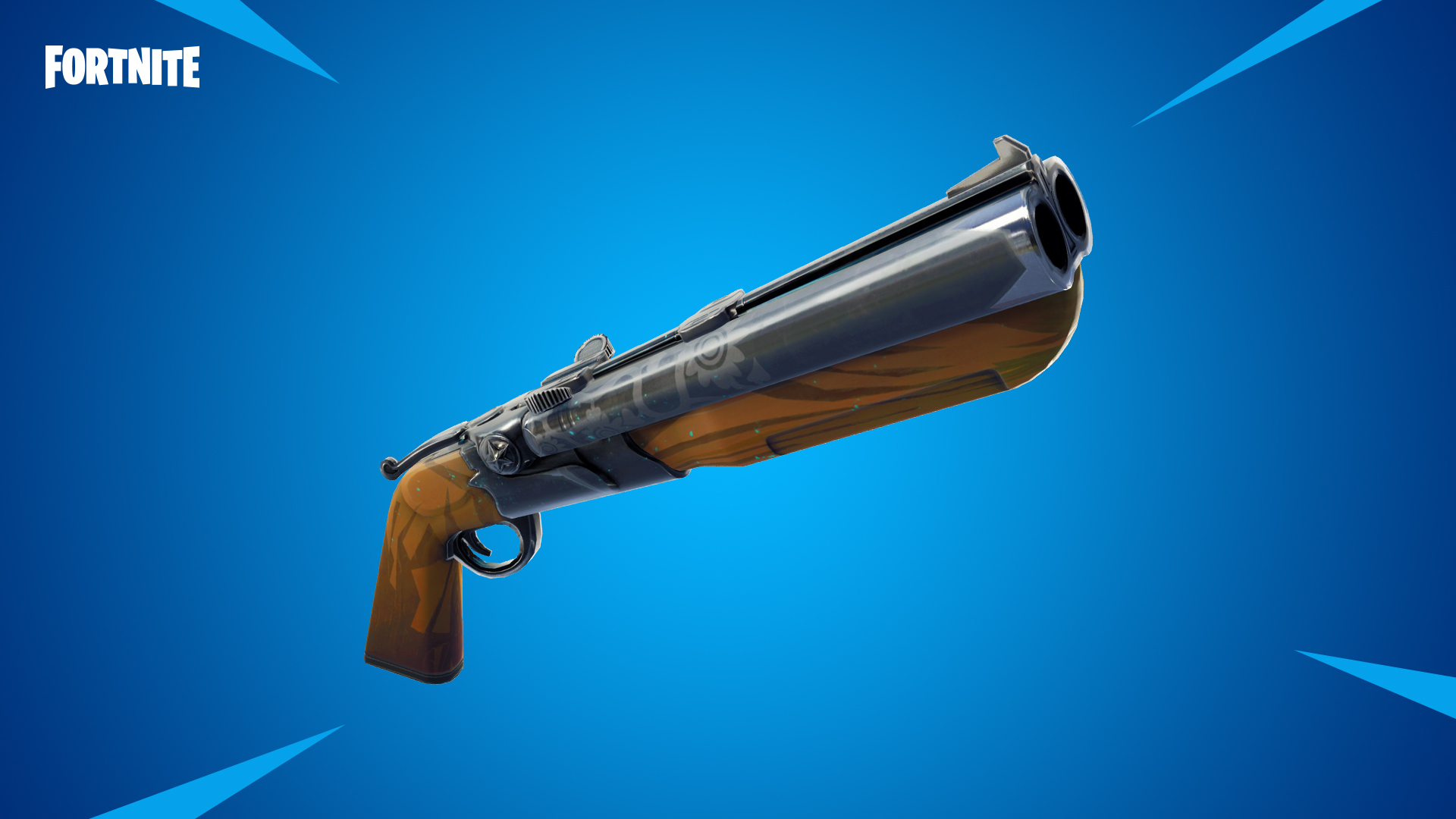 The new shotgun is capable of firing two shots before having to reload. The legendary and epic variants can be found scattered across the map, in supply drops and vending machines. Just like other shotguns, the double barrel fires 10 pellets per shot with high burst damage and increased damage falloff.

Most of the time, vending machines either contain useless items or cost way too many resources for the good ones. In this patch, spawn chances and material cost of vending machines have been rebalanced. All rarities received a change, but in short, all vending machines will spawn better items more often and will cost less.

In this new limited time mode, matches will feature one storm circle that will constantly be on the move. The zone starts off big, but closes in over the course of 15 minutes. Players will have to stay attentive, as there are no safe zones and the storm does 10 damage per second.

Moreover, the popular Playground LTM makes a return. Playground is essentially a sandbox mode for Fortnite Battle Royale where matches last for one hour. In this version of Playground, the fill or no fill option has returned to the game selector, and chest and floor loor now have one spawn each to reduce clutter. Remote explosives received another nerf and now spawn in stacks of 3 for a maximum of 6. Dual Pistols, Submachine Guns, and Hunting Rifles are now less accurate when jumping.

With the major content additions covered, the patch also included a whole list of bug fixes, gameplay changes and performance optimizations. Server related explosives have been optimized and the game will now run much better on the Nintendo Switch.

For the detailed list of changes and additions, check out the official patch notes for patch 5.2.