Ultimate General: Civil War is a choice-driven tactical war game that puts the player at the head of an army during the American Civil War of 1861-1865. The game’s campaign mode allows players to fight in the American Civil War and participate in more than 50 battles ranging from small engagements to large-scale firefights between opposing sides. How the game’s storyline progresses depends significantly on your actions and decisions as a general with full control over an entire army.

Depending on your success in the game, you can unlock access to even more military corps, divisions and brigades. The game’s main goal is to lead your army to victory while also preserving the lives of your soldiers, with failure resulting in your reputation as a general taking a hit, your army’s morale being driven down and you being forced to resign from your post. 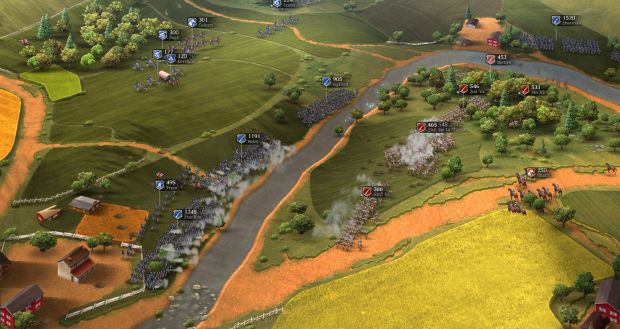 Ultimate General: Civil War is, as of yet, in Early Access, which is why issues and problems with the game are to be expected. For many players, the game sometimes doesn’t start becomes unresponsive or just displays a black screen when they hit the Play button. Fortunately, the most common issues experienced by players are completely fixable, and the following are some of the most effective solutions to the most common problems associated with Ultimate General: Civil War:

Solution 1: Verify the integrity of the Game Cache

When the integrity of the game’s cache has been verified, try launching it to see whether or not the issue you were experiencing has been resolved.

You may be experiencing an issue with Ultimate General: Civil War because some of your settings within the game may not be compatible with a new patch recently rolled out by the developers. If that’s the case, deleting the game’s Options files and resetting the game’s in-game options to their default values should fix whatever problem you are experiencing. To apply this solution, you need to:

Note: In the directory, above, replace X with the letter corresponding to the partition of your computer’s hard drive that Windows is installed on. For most people, this is Drive C.

When done, launch the game and check to see whether or not the problem you previous had still persists.

Solution 4: Uninstall your graphics drivers and install the latest ones

Solution 5: Disable or uninstall any and all third-party security programs