Starting with the middle of 2015, Microsoft has been aggressively pushing users to go with Windows 10. I’m ok with marketing schemes and I can even understand built-in adware. But forcing an app that automatically downloads the installation files of Windows 10 seems way to bold. I strongly believe that the decision to upgrade or not should be up to the user, not Microsoft. 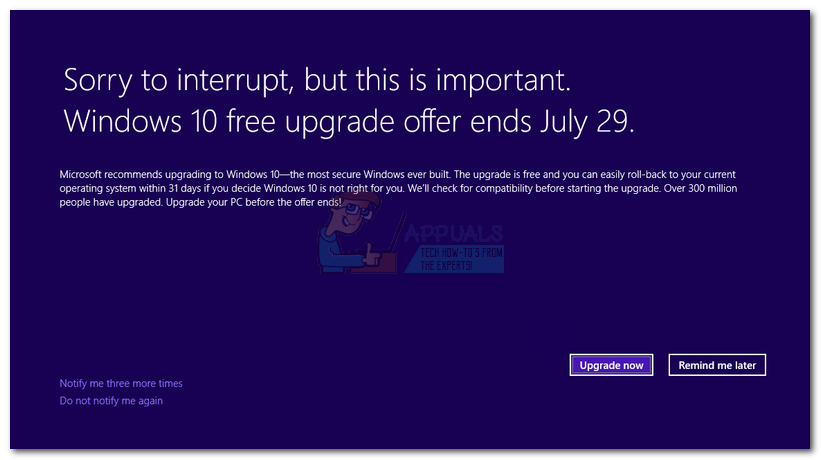 Get Windows 10 (gwt.exe) is an app that will automatically appear in your system tray if you’re running an older Windows version. The software will scan your computer to determine if it’s compatible with Windows 10. This would have been totally acceptable if the update didn’t forcibly download all files the files required to install Windows 10. For a while, the KB 3035583 update was labeled as Optional, but now it’s changed to Important, which means that it will be pushed forward. 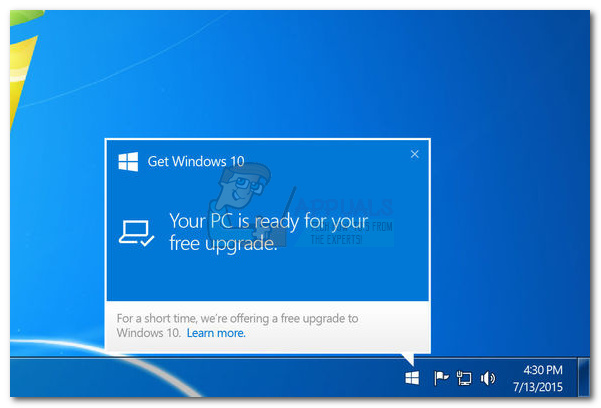 If you’re working with a small hard drive, you’ll not be pleased to discover over 8 GB are reserved to store the Windows 10 installation files. The installation files are stored in a folder called $WINDOWS.~BT. But even if you delete the whole folder, the update will download the files again and recreate the folder.

If you have no intentions of upgrading to Window 10, you have a few ways forward. Follow one of the methods below to block the Windows 10 upgrade.

For a while, some users managed to remove the Get Windows 10 icon by uninstalling the update and then hiding it. But this fix is only temporary. When a new version of this update is released, it will return and re-download the installation files. 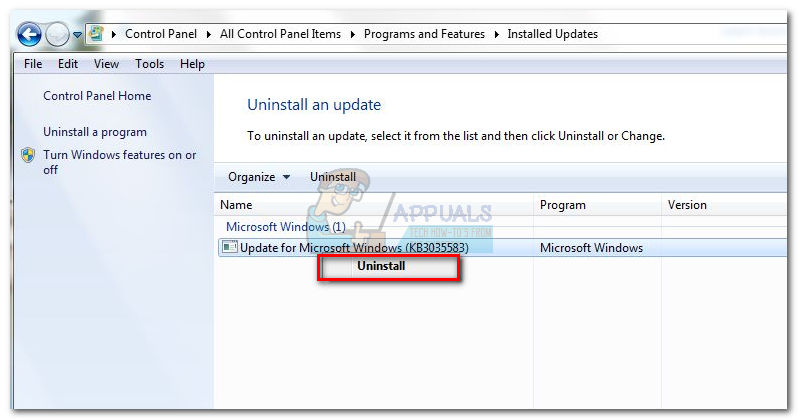 After a short while, you’ll see the return of the dreadful update. When that happens, go to Control Panel > Windows Update. Then, right-click the KB 3035583 update and select Hide.

Method 2: Removing the update with another update

It baffles me how Microsoft always manages to react when the crisis is all but passed. Inevitably, after enormous pressure from the end users, Microsoft released an update that removes all that Get Windows 10 nonsense. But in line with how the company listens to the consumer complains, there’s a catch. The update is Optional and must be enabled inside Windows Update or downloaded from the official website. 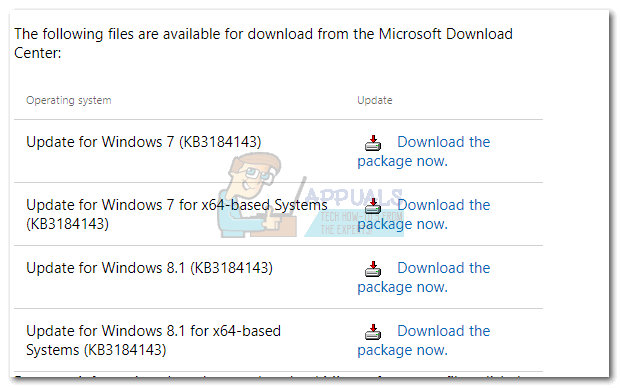 To install the update that removes the update, follow this Microsoft link and download the update appropriate for your Windows version and PC architecture. Then, simply run the executable. At the end of it, all traces of the Get Windows 10 app will be removed.

The name of this utility is pretty self-explanatory. The utility is as simple as they come. You download the executable from the official website, open it and hit the Disable Win10 Upgrade. The software will then perform the necessary changes and remove the update from your computer. 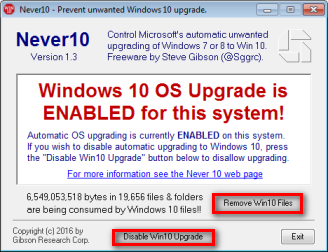 Once that is done, click on Remove Win10 Files to get rid of the pending Windows 10 installation files. Although we haven’t confirmed it, it seems like Never 10 stops the update permanently.

Just in case Never10 doesn’t work, there’s a similar software that does the same thing, but will require you to click more buttons. GWX Control Panel is just an executable that won’t require you to install it. Download the software and click the buttons highlighted below in any given order. 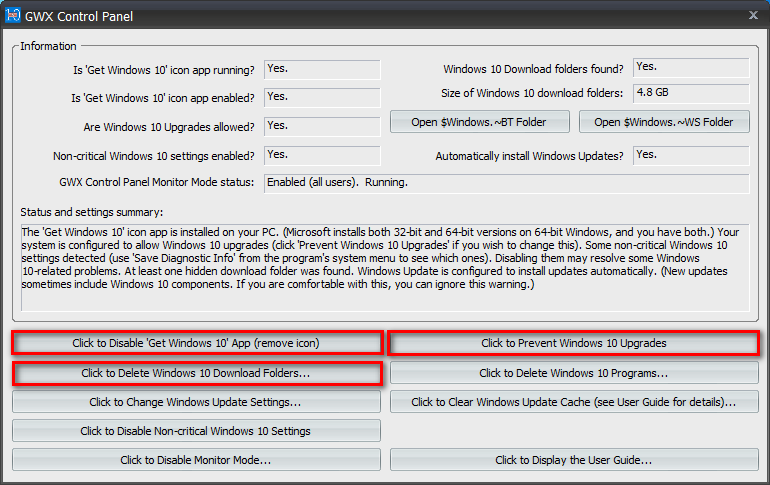