It’s very easy to open a terminal window by holding down Ctrl+Alt+T in Linux and FreeBSD, which encourages users to hit this every time they want to run pretty much anything. This has become something of an embarrassment of riches since it encourages people to use the powerful command line while also losing dozens of terminal windows that you didn’t need to have open. This is because it’s easier to just hold that key combination down and open another window than actually switch applications.

Obviously, this isn’t an ideal solution, since this creates a needless amount of windows laying around everywhere. There are a few ways to fix this, though, which should help to keep your desktop environment a bit less cluttered. They might also encourage you to continue using the command line even more.

Rather than holding down Ctrl+Alt+T each time you’d like to open up a new terminal, you may wish to use Alt+Tab to switch over to an existing one. While many users are familiar with this command, it can be easy to forget that it will easily switch back to your usual terminal window quickly. It’s set by default in all modern desktop environments.

Each time you hold down the Alt and Tab keys, you’ll receive a task switching window. Xfce4 users can use their mouse to click on the different tasks, but LXDE and MATE users might find the message box merely emulates the classic Windows 95-style of non-interactive task switching. If either of these situations annoys you, then you can hold down Alt and push Esc each time you’d like to switch windows without being interrupted. This is an excellent way to avoid loosing terminal windows on the desktop. 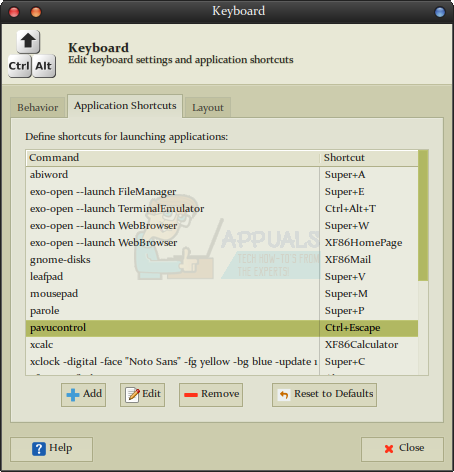 This shortcut is also a default in LXDE, MATE, GNOME3 and KDE, so you shouldn’t need any adjustment. If you’re using pure Openbox or had a problem with your LXDE configuration, then from a terminal type leafpad ~/.config/openbox/ and then push tab until bash loads up whatever configuration file you have there. Lubuntu users have a special .xml file that others don’t, hence why this step is needed.

Make sure the following lines are included in said document:

Users of Xfce4 will want to click on the Whisker or Xfce menu and then open up the Keyboard link. Click on the Shortcuts tab and then make sure that the Ctrl+Esc shortcut is set. If not, then double-click on Application Switching and then push the key combination. You could also set it to something custom if you’d like. Now you can use either of these to move between your terminal emulator and your other windows.

After opening a terminal window by holding down Ctrl+Alt+T, you can push F11 in most desktop environments to force the terminal into a full-screen setting. You can generally switch between your virtual desktops via the Super key and F1, F2 and so on. This may make use of the Ctrl key instead of the Super key in some desktop environments. Ubuntu users may want to pin a terminal to the launcher sidebar. If they position it right in the tenth slot, then they can use Super+0 to bring that window up immediately.

You can also use Ctrl, Atl and either the right or left cursor arrow keys to navigate between your virtual desktops. If you have a full-screen terminal on a desktop, then you can use your other desktops for graphical applications while running all text-based applications from this environment instead.

Some users prefer a transparent terminal window that allows them to see the desktop behind it. Gnome, KDE and Xfce4 terminal users can select the configuration options from the terminal menu and change it to transparent, though the terminology might change between different programs and versions. Rather than using transparency, users who have guake might want to cycle their last terminal window up and down by pushing the F12 key. 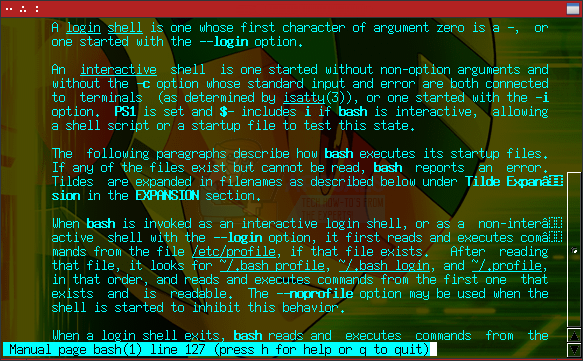 You may wish to reconfigure the color options while you’re doing this to create a nice tint. If you have the aterm program installed, then you’ll want to invoke it by issuing the command:

You can add this to a /usr/share/applications .desktop file, a bash script or anything else you’d like. The number after -sh indicates how much shading you’d like, and you may wish to change the color after tint. You can’t copy and paste into the aterm program as easily as more modern applications, but some users still prefer it especially when used in this manner. More than likely, you’ll want to keep -trsb on because this makes even the scroll bar transparent, which isn’t an option in some modern terminal programs. Some users will want to experiment with some of the other color settings before they set their command in stone. 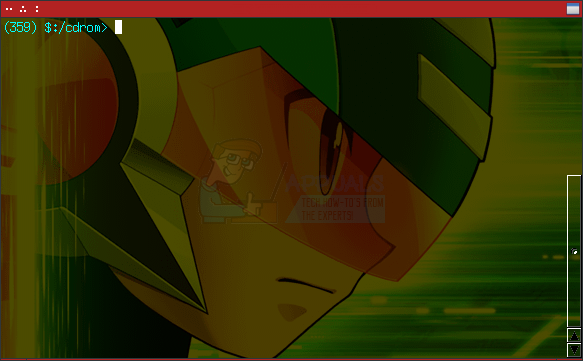 While it might be easy to forget about the virtual consoles and while some users might prefer not to use them, they can actually prevent the build-up of command line windows that many power users get after a while. Each virtual terminal has its own virtual console mapped to the F1-F6 keys. If you want to receive a traditional Linux text log screen, then hold down Ctrl and Alt while pushing F1, F2, F3, F4, F5, or F6. Type your username and password for a standard user experience.

You’ll receive whatever shell you usually use, which is bash in a majority of situations. Users of most forms of Debian or Fedora can log into these screens with the root account, but this is locked out on Ubuntu-derived distributions. Use Ctrl+Alt+F7 to switch back to your desktop environment at any time.

Keep in mind that you can’t easily copy and paste from X Windows applications into any virtual terminal, but they’re great for running disk utilities and manipulating files. You can use them for running any kinds of commands that don’t require you to share information with any programs, which are the majority of commands people open a quick terminal window on their desktop for anyway.

If you’re using a CPU monitoring utility, then you might also consider using this method to consistently run tload instead of running it inside of a desktop window.