Seeing as AMD is one of the two names at the forefront of the GPU industry, millions of computers all across the globe use AMD graphics cards to render and manipulate graphics. The giant GPU manufacturer that it is, AMD regularly ships updates for the AMD drivers that allow computers to successfully use and communicate with AMD GPUs. After AMD updated its GPU drivers to version 15.7.1, thousands from the brand’s user-base started complaining of a wide variety of different problems. Chief among the many issues that AMD GPU users started experiencing after upgrading to version 15.7.1 of AMD’s GPU drivers are an issue where affected users are met with a black screen when they boot their computer up, and an issue where affected computers suffer from constant system crashes and internal power errors. 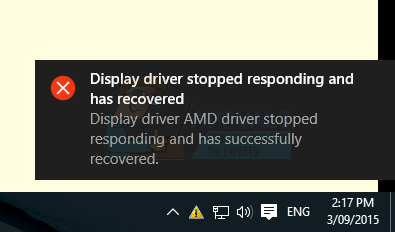 The two most prevalent issues users started complaining about after the release of version 15.7.1 of AMD’s GPU drivers primarily affect Windows 10 users, but that does not mean that they are entirely exclusive to Windows 10. It has been confirmed that both of these problems can only be experienced on version 15.7.1 of AMD’s GPU drivers. Since that is the case, any user affected by any one of these issues can resolve it by simply rolling back to an older version of the drivers for their AMD GPU. In order to do so, you need to:

If your computer is affected by the second issue (the one that causes affected computers to suffer from system crashes and internal power errors), you might also want to uninstall a program named Lucid Virty MVP if it is installed on your computer. Lucid Virty MVP is installed on most computers that have been upgraded from Windows 8.1 to Windows 10.

If you downgrade the drivers for your AMD GPU in order to fix any of these two issues, you might want to make sure that Windows does not automatically update the drivers, something that Windows 10 likes to do a lot. To disable automatic driver updates of Windows 10, you need to:

Kevin is a dynamic and self-motivated information technology professional, with a Thorough knowledge of all facets pertaining to network infrastructure design, implementation and administration. Superior record of delivering simultaneous large-scale mission critical projects on time and under budget.
GPU
Back to top button
Close
Close
Close