We saw the official trailer of Battlefield V a few hours back and we also got the release date and the female character in the trailer have got some people very upset. People are calling the female characters in Battlefield V feminist propaganda and some people are also saying that this will break immersion. But I choose to disagree with that as females did play a vital role in World War 2 and people that are saying all this clearly do not know history right.

The Russians employed a lot of women as snipers and some of them were extremely successful. Women also served as artillery crew members and even pilots, not to mention there were female partisans fighting as well.

It’s not a big problem, people are just stubborn. It shouldn’t even be an issue, to be honest. Battlefield V was never trying to be super accurate, it is WW2ish, even the original 1942 featured weapons and items that either weren’t deployed or even existed at that year of combat. If they can suspend their disbelief for those, I don’t know why women are a problem. 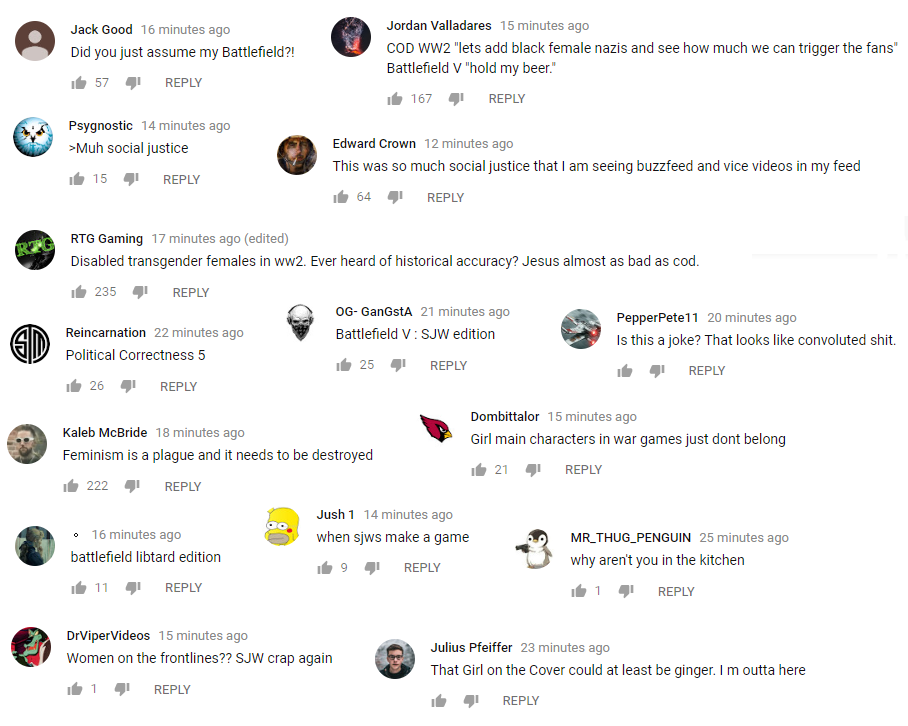 Games are made to just be enjoyed and all the game creators are trying to do is make it a little more enjoyable for some demographics. While we are on the topic, I am proud to say that being a guy I have no issues what so ever playing as a female character. My PUBG character is female and I also played Fallout 4 as a female. These are just a few examples. It is 2018 and the world has bigger issues to deal with. These small things should not matter in the gaming community.

And women were on the front lines. Not Americans, but Russians had many women fight in WW2. I don’t just mean as medics, but as fighter pilots, snipers, infantry, you name it. If Russians can get over their sexism to let women fight in a war, I think the gaming industry can let women play a video game.

Let us know what you think about Battlefield V and whether or not you agree with all these people that are calling the female character in Battlefield V feminist propaganda or that this breaks the immersion of the game and the World War 2 experience.