Hours of Darkness, the first post launch downloadable content for Far Cry 5, has finally received a release date. The standalone content update is set in Vietnam during the Vietnam War and will be released on June 5th.

The story follows Wendell Red Redler, a veteran solider who fought in the Vietnam War, as he fights against the Viet-Cong in an attempt to rescue his captured squad. Players who have played the main campaign will recognize Wendell Redler as the man found at the Redler Residence in Holland Valley.

“Listen to him recount his glory days, as you travel back in time to war-torn Vietnam to take down Viet-Cong. Trapped behind enemy lines, rescue your squad mates and evacuate to safety in the first war-based far cry. You must maneuver throughout this remote valley in Vietnam, and use survival instinct and stealth to save your team and get home.”

“Escape from behind enemy lines in war-torn Vietnam and get your squad to the extraction zone!”

Hours of Darkness will feature a single player mode as well as a two-player co-op mode. After progressing through the story, two new modes will be unlocked: Survivor mode and Action Movie mode.

In this mode, players will have to play through the story with limited weapons and resources.

As is evident by the name, action movie mode grants players increased firepower as they blast through the story.

Starting May 24th, all assets coming with Hours of Darkness will be available for use to owners of Far Cry 5. These assets can be used for map building as well as in Far Cry Arcade.

Far Cry 5: Hours of Darkness launches on June 5th on PC, PlayStation 4 and Xbox One. The standalone DLC costs $11.99 and will be free for owners of the season pass or Far Cry 5 Gold Edition. 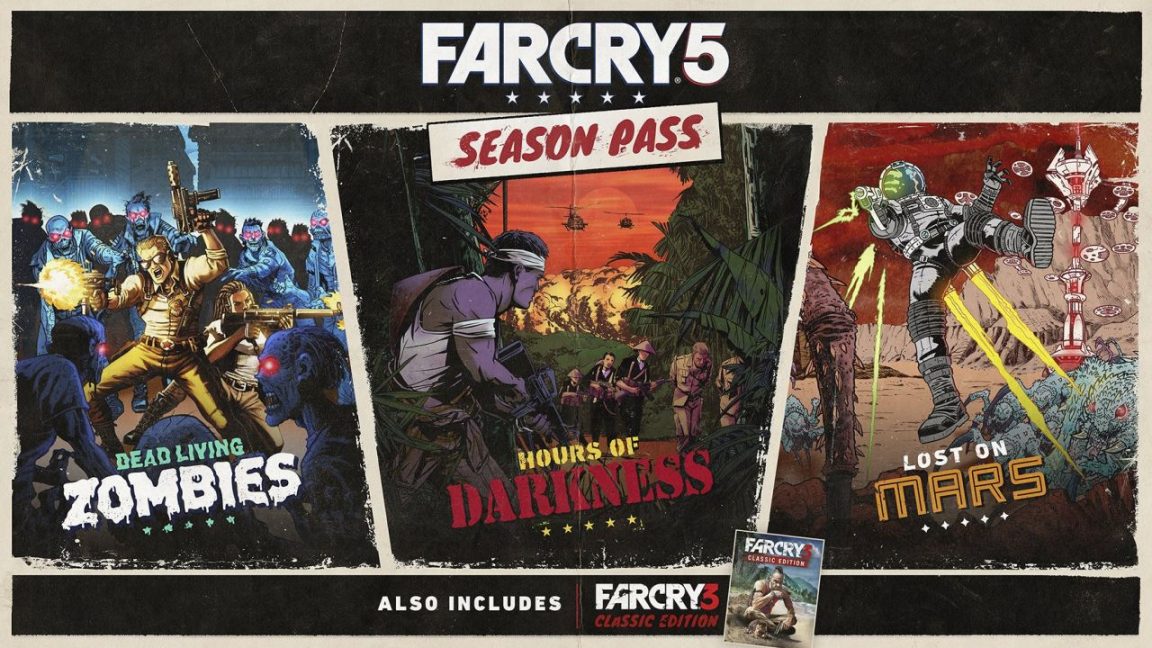 With two more content updates on the horizon, it seems Ubisoft still has a lot more in store for Far Cry 5. The Lost on Mars and Dead Living Zombies expansions will be released this summer.