Action cameras have become a lot more popular than they used to be. Despite GoPro being one of the largest manufacturers of these cameras and releasing some impressive options back to back, it has not been long since these cameras have started gaining traction. In all honesty, these are great for your daily use, and even for creating vlogs. They offer some neat features such as waterproofing, as well as slow motion, and a general wide camera lens, making it a lot easier to shoot some amazing videos.

GoPro is undoubtedly among the pioneers of action cameras, albeit a bit expensive, it still manages to sell like anything, and you will see this with almost everyone on YouTube. However, sometimes, you do not want to spend hundreds of dollars on a GoPro.

Recently, another player entered the field of action cameras. We are talking about none other than the drone pioneer DJI. Releasing the DJI Osmo Action; the action camera seems like a direct competitor to the GoPro Hero 7. Is it really, though? That is exactly what we are going to be looking at in this comparison.

Adhering to our usual comparison, we will be reviewing the cameras based on different aspects such as their design, features, image and video quality, as well as their stabilization magic. So, let’s not digress any further and dive straight into the action. 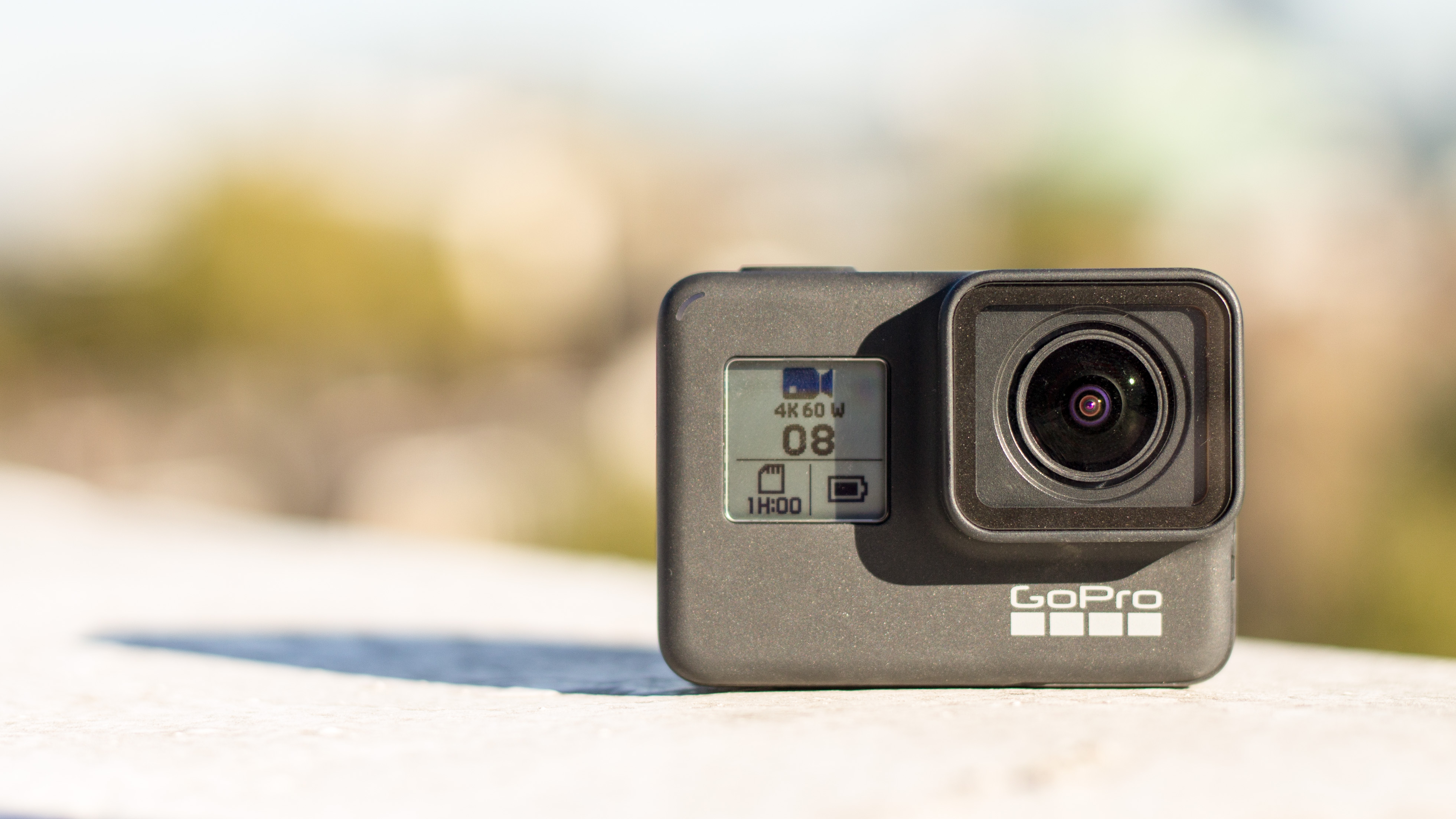 In all honesty, if the camera is not designed properly, and does not provide the accessibility, many people will not like it, at all. Having a good design language, along with accessibility can turn any product into a massive success.

When it comes to GoPro Hero 7, it follows almost the same design language as their previous cameras; it gives you a small monochrome screen that is used to tell you details such as battery life, as well as the duration of the clip that you are recording. These are surely good things to have, but the screen is a bit too small for most people.

DJI Osmo, on the other hand, takes things to the next level; you get a full-color display on the front which allows you to see whatever you are shooting. Even though there is a slight lag, it still is a lot better to have a screen that displays something. Additionally, the display on the back is actually larger than the one on Hero 7 and even offers actual 16:9 ratio, which means that you are not getting any black bars during the video playback. The DJI Osmo also offers a lot easier lens changing system by giving you the ability to simply screw on the lens whenever you want to.

Needless to say, as far as the design and accessibility are concerned, the Osmo feels a lot more modern and easier to use. Something that is great in 2019, as it can really make a difference. 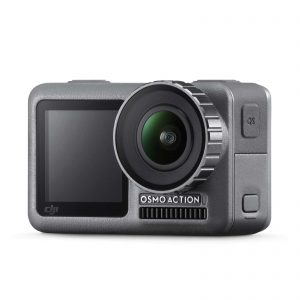 Normally, you might not look for the top of the line features in action cameras simply because they serve a very niche use case. However, people have become a lot more demanding than they used to be, wherein, they want to have the nicest possible features in their gadgets.

In terms of features, the Osmo action gives you the following.

Needless to say, these features are certainly more impressive. However, it does not give you any ability to live stream, which many vloggers actually love a lot. A feature that is already available in the GoPro Hero. 7.

The features on the Hero 7 are largely the same, it only has 10 meters of waterproofing instead of 11. However, GoPro does have GPS, which is great for those who want to add data such as speed to their videos.

In terms of features, it is a very narrow escape; both cameras have something that the other does not, and it makes it hard for us to decide. At this point, it is safe to say that in terms of features or specs, it is more or less a draw. 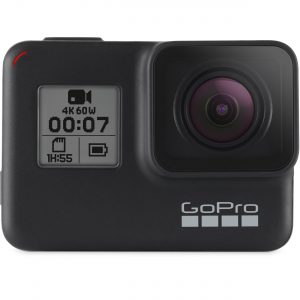 There is a general assumption that action cameras are not really ideal for shooting stills. However, for years, GoPro has been challenging that assumption by releasing cameras that are actually great for stills, as well.

With that said, both cameras have sensors that are largely similar in terms of the spec sheet. Both are sporting a 1/2.3-inch CMOS sensor with 12-megapixels. So, the performance disparity should be minimum, right? That is right.

In both action cameras, the quality of stills and images is top-notch, and while it might not be able to compete against most modern cameras when it comes to competing for each other, there is not a lot of disparity, which only goes to show that we cannot really pick a winner.

Considering how implementing optical image stabilization is an expensive affair, both cameras come with electronic image stabilization, and in all honesty, we do not mind it, at all. Testing in images and stills, the results came out pretty smooth. Whether you are shooting stills or images, the quality is going to be great in both cases, and you will not run into any issues, either.

You can strap the cameras to pretty much whatever gear you have for such purposes, and get great results through and through. 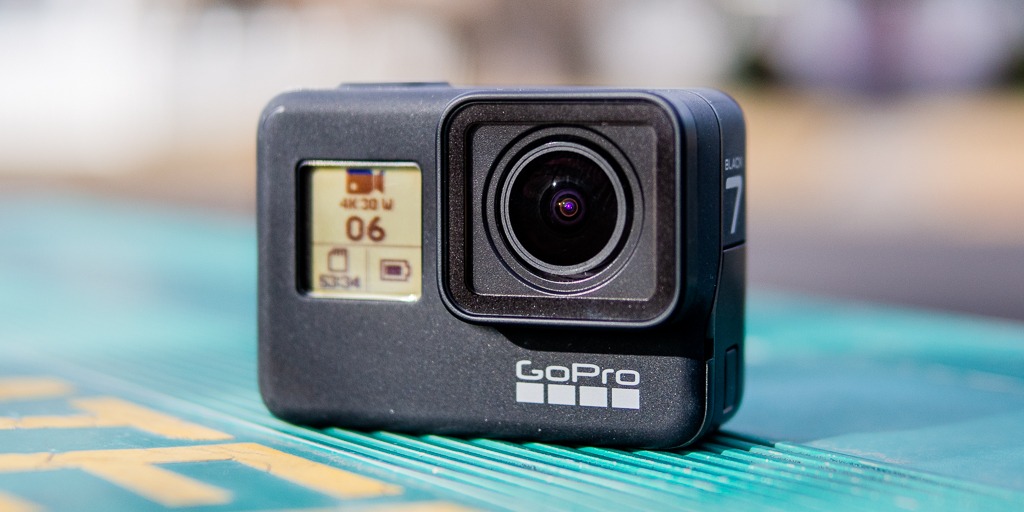 Drawing a conclusion from this comparison is not an easy task. When DJI released the Osmo Action, many were hoping that it will be the action camera that will revolutionize and take the movement farther. However, that is not the case. Do not get us wrong, it still is a very capable camera, but when you compare it with the GoPro Hero 7, they both trade blows to an extent that it almost becomes very difficult to choose the winner.

However, the DJI Osmo Action does have a few competitive advantages.

At the same time, the GoPro Hero 7 trades blows, and offers the following advantages:

Needless to say, choosing either one to be your action camera of choice is a decision that lies entirely on your shoulders.