Technology advances fast, so fast that some people have trouble catching up, especially in digital entertainment. I doubt I need to tell you that the world has adopted digital streaming compared to the standard TV cable technology of the past. Even the television industry moved to the digital cable across the United States back in 2009. While this technology isn’t really similar to streaming services such as Netflix or Hulu, it does get rid of the coaxial cable. 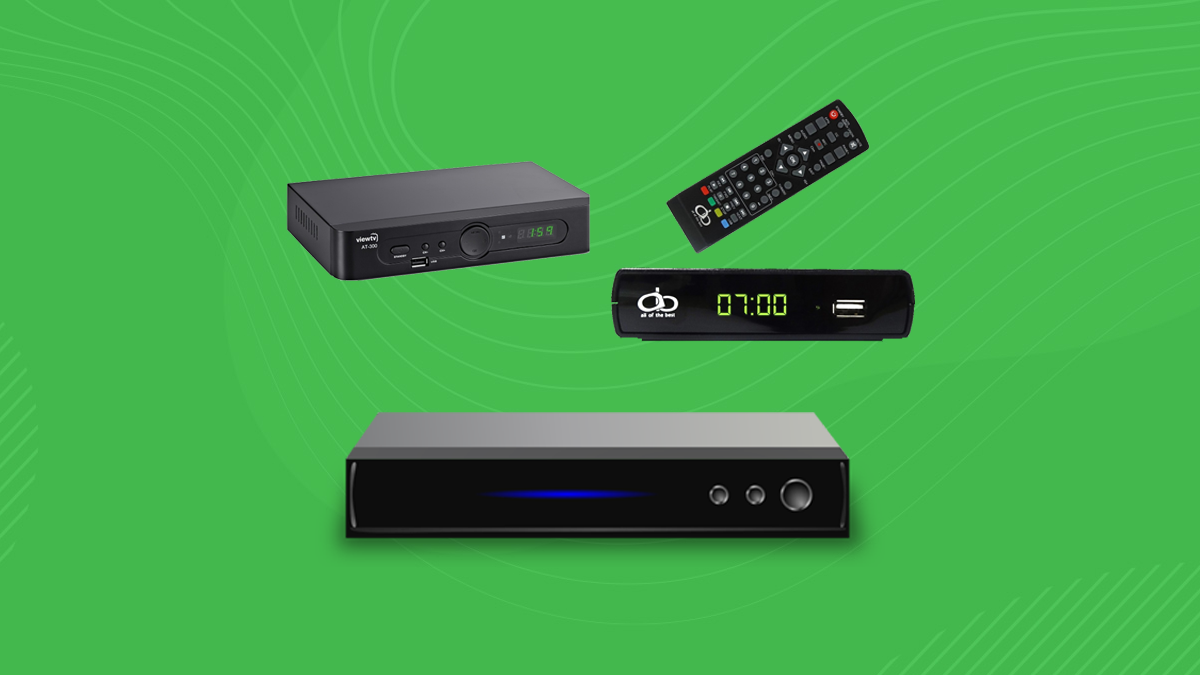 However, even though that even marked the death of cable TV, there are some people still clinging to it. Us privileged folk tend to forget that digital entertainment and the internet still hasn’t reached some rural areas. If you live in a remote area and are still clinging on to that old analog TV, you’ll need a digital converted to be able to access all those digital channels.

There are a lot of manufacturers out there, and some boxes are even proprietary. So to avoid confusion, we’ve narrowed down the list to five of the best digital converter boxes in 2020.

The Mediasonic HW-150PVR is the top-selling digital converter box on Amazon. It’s not hard to see why. People that are looking for a strong feature set without getting ripped off, this digital converter box is the best choice. It’s compatible with a wide variety of older TVs. The fact that it can attach to any antenna on any analog television, makes this quite easy to set up as well.

Besides that, it outputs to 1080p over HDMI, and you can pair with a USB flash drive to record any show or movie you want. The built-in DVR works quite well, and it’s a nice extra bonus sprinkled on top. It autotunes quickly every channel it can find and outputs to your choice.

Keep in mind that if your cable provider asks you to use their proprietary cable box, this won’t be compatible with that. Apart from that, there aren’t really any huge flaws with this digital converter. It doesn’t really come with a storage device directly built into it, but you can attach an external storage device to it with a capacity of up to 12TB. You also get parental controls, so you can manage what your kids are watching on the TV.

With all that said, there’s not much more to talk about with the Mediasonic digital converter. It has a large feature set, and all of that at a good price, so it’s definitely an easy pick.

The ViewTV AT-163 comes with a built-in ATSC tuner that can output live TV to a projector. Since the device doesn’t come with any kind of integrated memory card, the user would have to attach an external memory (preferably a USB removable hard drive). The converter box uses about 6 to 8GB of memory per hour of recording (using 1080p).

The ViewBox allows watching and recording video at the same time with the Loop Through Mode. You can avoid commercials with the timeshift function (external drive or flash drive needed) which pauses, fast forwards and rewinds your live TV.

Other useful features include a program guide that shows a channel’s weekly schedule, a recording feature, Closed Caption, favorite channel listing, and parental control. The ViewTV AT-163 can output HDMI 1080, and the HDMI support makes sure you have a clear enough image so you really consider quitting cable TV. To sum it up, this device can serve as a nice option if you need an OTA unit that does PVR, just make sure you have an RCA cable available or coax if you don’t own a modern television. The box comes with the TV converter box, a remote controller, an HDMI Cable, composite cable and the user’s manual.

The Leebox digital converter box uses the ATSC with 8VSB modulation, which means that through the use of Quadrature Amplitude Modulation it receives digital unencrypted signals from cable companies that also come Over the Air. So, you get the free OTA channels and every other QAM channel it can get depending on your region.

The device also incorporates multi-language Closed Caption so people with hearing disabilities can enjoy watching television. This converter box is designed to work for analog TVs but it can also work on modern televisions sets as long as they have HDMI. Nevertheless, it can’t descramble the signal from a coax cable, it’s not a replacement of a cable box. The only way to record video files is by having a flash drive or external hard drive.

The Leelbox allows multimedia playback, this includes pictures, audio, and movie files but it seems to lack some codecs because it doesn’t play AVI and the sound of MPEG4 files is missing.

Overall, the Leelbox offers a working converter box that’s reliable and affordable, too bad it has the video playback issues and there’s no firmware update for it. It comes with the Converter box, remote controller, AV cable, Users Manual. Still it’s not a bad option for the price if you just want to watch several channels with ease.

This converter box unit can playback almost any format of video you can think of. If you want to enjoy the DVR functions like recording, pause, rewind or fast forward, it’s necessary having a USB flash drive or external drive. The DVR function works surprisingly well for this digital converter. It’s almost like it’s a DVR first and a converter second. It’s easy and hassle-free for anyone to use.

Taking a closer look at the design, there are a few flaws. The fact that it has a USB port on one side and the power plug on the other makes the saved space useless. It’s interesting to note that the software the converter box uses is very similar to Mediasonic convertors, with a few changes. You can program recording just one day ahead before the shows are on.

If you’re looking for a device that can receive QAM signals and don’t mind the design flaws, the IVIEW-3200 STB should be the converter box of your choice. The box comes with the IVIEW converter box, RCA cable, power adapter, remote controller (batteries included), and the user manual.

The RCA DTA isn’t really “overpriced” per se, but compared to others on this list it is a bit pricier than the rest. So for that premium over the others, you would expect a device like this to nail down the basics. And it does so, but at what cost?

The design looks somewhat bland and boring. Honestly, it resembles something you’d find in your dad’s old garage buried under some old tools. However, it is quite small and portable, and you can stand it up vertically if you want, for whatever reason.

The EPG guide makes accessing the programming schedule much easier. Parental controls are included here as well, which is quite important to some people. As for the DVR function, well, it doesn’t exist here. I was a bit taken aback by this because this is a really solid converter if it did have a DVR function it would be much higher up on this list.

The remote is actually quite convenient. The main buttons are larger than the rest, so it’s easier for people with limited motion to use it. It’s also good for elderly people, as you can pair the remote with your old TV set too. But apart from that, we have a hard time justifying the price increase. Still, if this unit does tickle your fancy, it’s not a bad buy