We’ve all been there – we threw a Pokéball at a Pokémon we wanted to catch, the Pokéball connected and sucked the Pokémon into it, the Pokéball fell to the ground and then… nothing. No wiggling, no messages on the screen, no flickering light in the Pokéball, just total stillness. This is the renowned frozen Pokéball glitch that has haunted Pokémon trainers ever since Pokémon GO was released and continues to haunt a good portion of the Pokémon trainers in the world. Pokémon GO had quite a lot of glitches and bugs when it first came out, and this was one of the more common and most annoying ones.

This glitch becomes particularly infuriating when it shows up just as you have managed to catch that one Pokémon that has been evading you for the past half hour, and what’s more aggravating is the fear that, if the Pokémon wasn’t caught, you are going to have to go through the excruciating endeavor of searching for it all over again. While there is no way to fix or solve this issue as it is a glitch that only the Pokémon GO developers at Niantic can get rid of, thankfully, you can maximize your chances of catching the Pokémon that you were in the process of adding to your collection when the glitch occurred and even predict if the glitch is going to occur when you hurl your next Pokéball at a Pokémon.

How to deal with the frozen Pokéball glitch 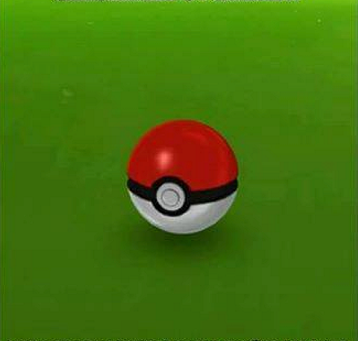 If you’ve already fallen prey to the frozen Pokéball glitch, the only way you can deal with it is to NOT close the app. Instead, once the Pokéball has frozen, keep the app open for 10-60 seconds and if the cause of the glitch was lag, the problem will clear up by itself and the Pokéball will unfreeze. However, if the 60 seconds are up and the Pokéball doesn’t unfreeze, all you can do is force close and then restart the app and hope that the app managed to register the capture of the Pokémon either before the Pokéball froze or while it was frozen. There’s basically a 50% chance that the Pokémon was caught, but also a 50% chance that it wasn’t.

Once you open the app up, tap on your avatar in the bottom-left corner and then on Journal (as described in the images below) and if the app managed to register the capture of the Pokémon, the Pokémon’s capture will be logged in the Journal and the Pokémon will have been added to your collection. 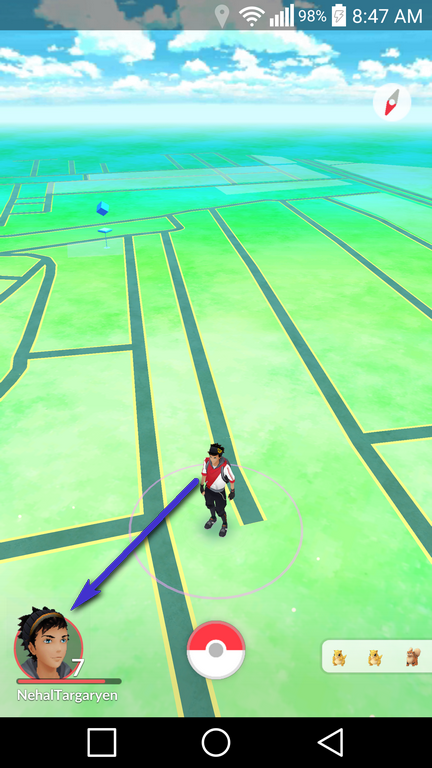 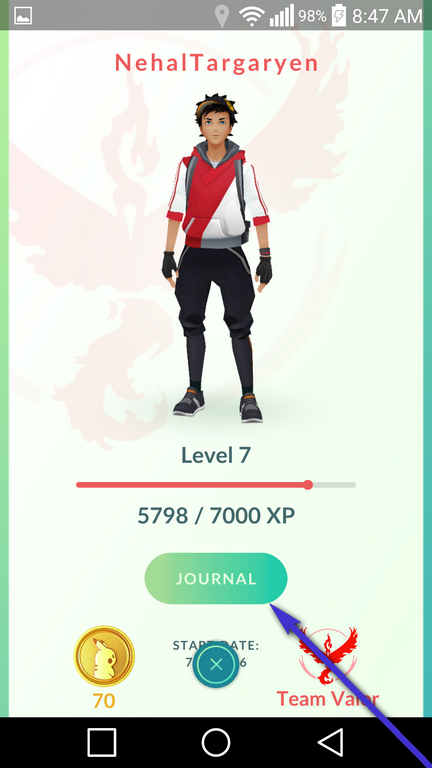 However, even if the app didn’t manage to register the Pokémon’s capture, if you are still in the vicinity of the location where you encountered the Pokémon in the first place, simply wait for a few minutes and the Pokémon may just respawn in the same place all ready to be captured by you again!

How to predict the frozen Pokéball glitch

Predicting whether or not you are going to be affected by this glitch when you hurl your next Pokéball at the Pokémon in front of you is pretty simple: all you need to do is check to see whether or not the Screenshot and Backpack buttons are visible in the bottom-right corner of the screen (as displayed in the image below). If the buttons are visible, you can go ahead and throw your Pokéball as it won’t be affected by the glitch. 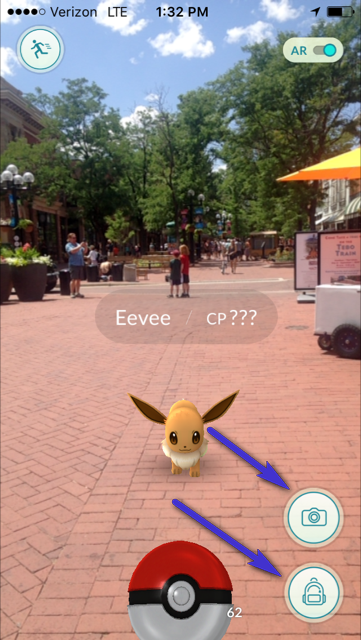 However, if you don’t see the two buttons on your screen, you are going to need to make them reappear before you throw a Pokéball at the Pokémon in front of you. In order to do so, you can wait for a few seconds (or for the small spinning Pokéball in the top-left corner of your screen to stop spinning and disappear) and the buttons will reappear. You can also waste the Pokéball by throwing it, well, anywhere other than straight towards the Pokémon you are trying to capture, and the buttons will reappear with the next Pokéball.