Smartphone manufacturers have forever yearned for one goal – to make the user experience offered by Smartphones just as good as, if not better than, that which is offered by computers. To make Smartphones surpass computers has become kind of a universal goal for Smartphone manufacturers across the globe, but Microsoft has recently adapted an approach that is a tad bit different. Rather than creating Smartphone technology designed to provide a better experience as compared to what a computer has to offer, Microsoft has created Smartphone technology that can turn a Smartphone into a full-fledged computer – monitor, keyboard, mouse and all.

Microsoft has named this technology – which, when used the way it is meant to be, is nothing short of revolutionary – ‘Continuum’. Microsoft has created Continuum to enable Windows Phones that already have processing power that matches that of the average computer to provide the computer user experience that we all know and love.  New Windows Phones – such as the Lumia 950 and 950 XL – are already equipped with Continuum, whereas Microsoft intends to induce their new technology into almost all of the leading Windows Phones of this age pretty soon. 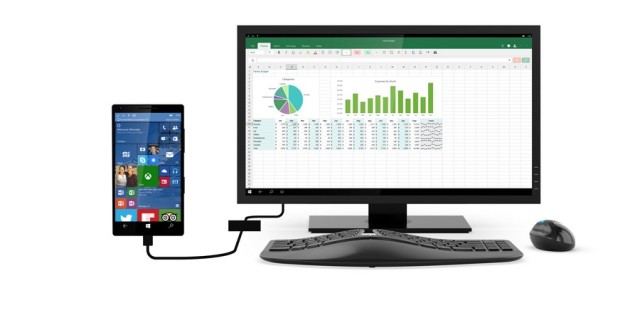 Continuum basically allows a Windows Phone to be connected to a small external dock – such as the Microsoft Display Dock – or wireless dongle which is connected to a monitor, keyboard and mouse on the other end. All of this allows for the PC-like experience that we’re all extremely fond off. Continuum provides Windows Phone users with a larger canvas to take into use, a canvas on which their Windows Phone is mirrored on in its entirety and a canvas that allows for ease of use and very little to no delay or lag at all.

While Continuum is enabled and is on full blast, the user still retains all of their Windows Phone’s functionality. This means that the user can be doing one thing on the larger screen and a completely different thing on the smaller screen. Continuum allows for seamless and fabulous multitasking, meaning that your Windows Phone will be completely free for you to make calls, send texts, check on your emails and heck, even play a game, all while Continuum is enabled in the background and you are doing something entirely different on the larger screen.

To top it all off, you don’t even have to have a mouse to use Continuum! You can simply use your Windows Phone as a trackpad for the apps on your larger screen while using Continuum. Continuum is a pretty exciting new development from Microsoft because, frankly, it is not only different from what Microsoft usually does but is also different as compared to what Microsoft’s competitors in the global Smartphone market are doing. Lastly, Continuum’s usability and the vastness of its practical applications simply add to the delicious sundae that the new technology already is.