Sometimes opening a storage volume’s properties sheet will force part of the resulting dialog box off the screen. Occasionally you’ll accidentally move any type of application or browser window off the screen in the same fashion. It might end up on an alternate desktop, or even get pushed over the top boundary of your screen so you can’t reach any of the window controls.

Ubuntu’s Unity desktop puts the window controls on the left-hand side in the OS X style while KDE Plasma, LXDE and many Xfce4 themes put the window controls on the right-hand side in the Windows 95 style. While it’s possible to push windows out of the way in either direction, the extremely fast and simple fix will work with pretty much any modern desktop environment. Once you learn these tricks, you might start using them all the time for superior window management.

Assume you’ve pushed a window so far off the screen that you can’t close it, but for whatever reason you can’t just click on the title bar and drag it around. Hold down the Alt key on your keyboard and then position the mouse cursor over the window. Without letting up on the Alt key, push and hold the left mouse button. Your cursor will change to that of a hand, and it will let you drag the window around the screen. Drag it back onto the main part of the desktop and you’ll be able to use any of the window controls you’d like. 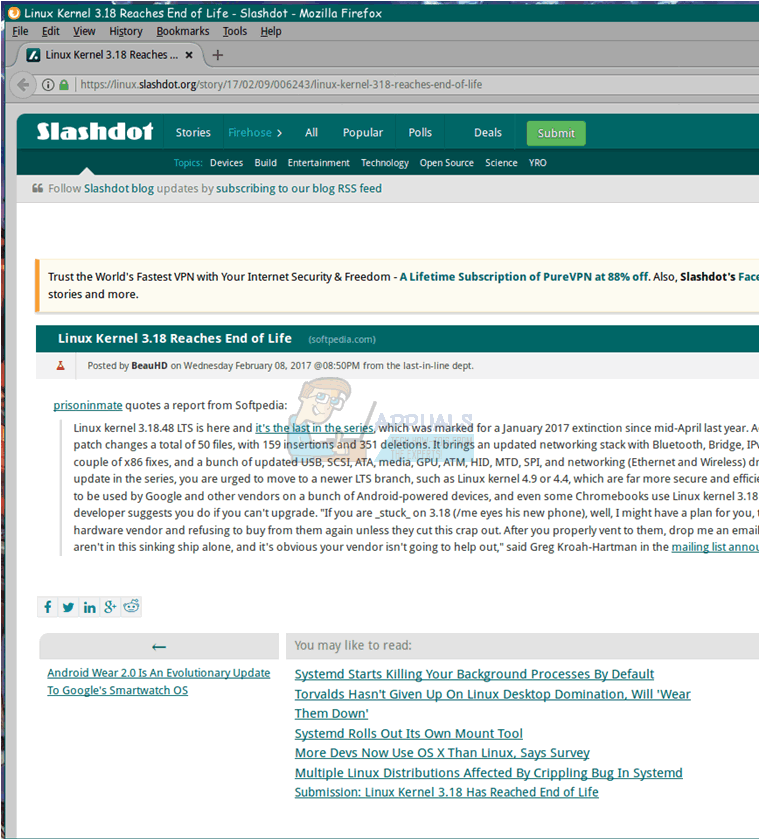 Feel free to release Alt and the left button when you’re comfortable with the placement. You’ll probably want to use this trick to move windows around even when you don’t necessarily need it once you’ve learned it. You can position the window anywhere you’d like before you release the keys. Note that while this often happens to properties sheets, you could use it for any window, including browser ones like the example. 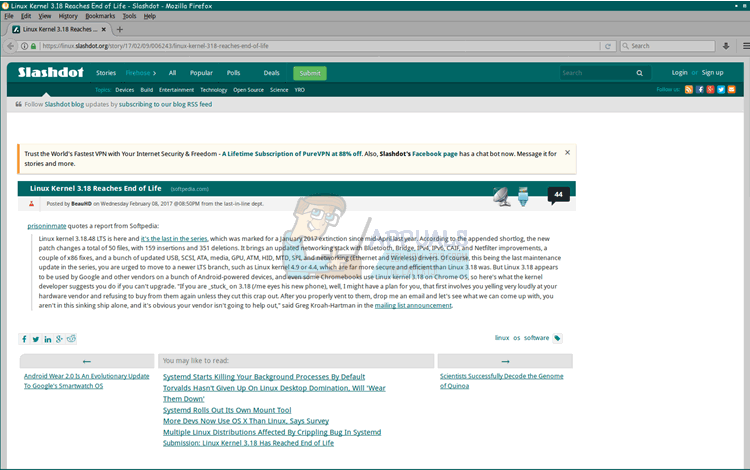 Method 2: With the Window Menu

Users of window managers like Openbox, xfwm4, KDE Plasma, certain forms of GNOME, MATE and Cinnamon often find they have an icon on the opposite side of the title bar from where the window controls are. Clicking on this, or right clicking on the title bar, will bring up a menu. Select move from this menu and then release the mouse button. The window in question will now move along with your mouse button. Once you have it placed correctly, click again and it will stay there. This is especially useful on small mobile netbooks and other modern devices with tiny screens.

Keep in mind that you could always drag the title bar if you can see it, but if you can’t then you have to use the special Alt+Left Mouse Button trick offered in the first method. A further trick can prevent this problem from happening in the first place in many cases.

You may also want to use the layer option on this menu. Select layer, and then if you hit “Always on Top” the window will remain on top of others even if you move something behind it. If you instead select “Always on Bottom,” then it will float in the other direction. This will potentially cut down on the risk of this window border issue. Pushing the F11 key in most modern desktop environments will switch you over to a full screen mode whether or not the application you’re running actually features this. You might be able to find an alternate method of closing a partially obscured window in this way.

Windows can snap to the edges of the screen, and if you drag trem beyond them, they usually switch to the next virtual desktop over. Increasing the amount of resistance can keep them from being hidden. How this is done differs between different desktop environments, but it’s generally in the window management setup. Those using Xfce, especially Xubuntu users, have an option on the Whisker Menu that’s called Window Manager settings, and there’s something similar offered to those with Cinnamon, MATE and GNOME on the menu. Unity users aren’t given as many options, but those who opted for the lightweight Lubuntu installation of Ubuntu can select the Applications menu, head to Preferences and click on the Openbox Configuration Manager.

The maximum setting, which is either 100 px or slightly more, may be too much for some users and could cause you to feel like you’re running into a brick wall each time you move a window. If this is the case, then try reducing it in 10 pixel increments until you’ve found the perfect setting for you. Once you have, you can usually be sure that you won’t run into the problem of properties sheets and other windows running off the desktop without any ability to move them back onto it.

How to Close Hidden Properties Windows in Linux