Another loophole discovered and subsequently patched by Cisco Systems allowed any unauthorized stranger to sneak inside virtual and private meetings, even those protected by password, and eavesdrop. The only components needed to successfully pull off the hack or attack were the meeting ID and a Webex mobile application.

“An unauthorized attendee could exploit this vulnerability by accessing a known meeting ID or meeting URL from the mobile device’s web browser. The browser will then request to launch the device’s Webex mobile application. Next, the interloper can access the specific meeting via the mobile Webex app, no password required.”

Cisco has figured out the root cause of the flaw. “The vulnerability is due to unintended meeting information exposure in a specific meeting join flow for mobile applications. An unauthorized attendee could exploit this vulnerability by accessing a known meeting ID or meeting URL from the mobile device’s web browser.”

The only aspect that would have exposed the eavesdropper was the list of attendees in the virtual meeting. The unauthorized attendees would be visible in the attendee list of the meeting as a mobile attendee. In other words, the presence of all the people can be detected, but it is for the administrator to tally the list against authorized personnel to identify unauthorized persons. If undetected, an attacker could easily eavesdrop on potentially secretive or critical business meeting details, reported ThreatPost.

Cisco Systems recently discovered and patched a security flaw with a CVSS score of 7.5 out of 10. Incidentally, the security vulnerability, officially tracked as CVE-2020-3142, was found during an internal investigation and resolution for another Cisco TAC support case. Cisco has added that there are no confirmed reports about the exposure or exploitation of the flaw, “The Cisco Product Security Incident Response Team (PSIRT) is not aware of any public announcements of the vulnerability that is described in this advisory.” 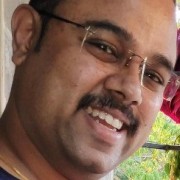