CCleaner is a “Cleaning” application that was first developed and distributed by Piriform. However, the company was later acquired by Avast in 2017. The application originally only supported Microsoft Windows but was later ported to other platforms. 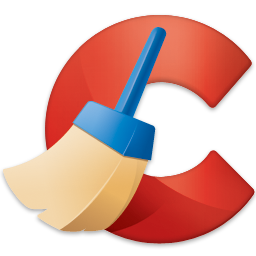 Before we give our verdict, it is important that we inform you about some of the controversies surrounding the application regarding privacy issues.

According to reports, the 32-bit version of the application was recently affected by a trojan that was being used to monitor other people’s computers and acquire certain files. This was, however, quickly patched by the company and was fixed after the patch.  Still, it does put a bad image in the mind to think that such a huge company released an application that wasn’t secure and could be hacked.

The trouble with the application doesn’t end there. The 5.45 version of the application included an “Active Monitoring” feature which when enabled allowed the application to actively monitor all activities on your computer. This feature could be turned off but it was automatically turned on each time the computer or the application was restarted.

Also, there have been many reports that the application ignores the user’s preference while downloading updates. There is an option to disable updates for the application but it doesn’t make a difference and it still downloads them in the background.

This issue was reported and many users were furious over this controversy. However, a staff member from piriform said:
“Since the release of v5.46 we have updated some users to this version to meet legal requirements and give users more autonomy and transparency over their privacy settings.“

Although the application has faced many controversies regarding privacy issues, we think that the latest versions of the application are safe to use and provide better options to protect user’s privacy. It is best to uninstall the application after one-time use and repeat the process once a month.

It makes sense if you are still concerned about your privacy with CCleaner. The application has abused certain security terms and you might not want to trust it again. Therefore, in this step, we will be providing an alternative to the tool which is much more secure as it is integrated into Windows and has been provided by Microsoft itself. For that:

CCleaner: Is it Safe to Use?