Activision believes that it is time for those speaking up for equality, justice, and change to be seen and heard. Many other companies, mainly Sony and EA, delayed their respective events to show solidarity with their employees.

Season 4 of CoD Modern Warfare and Cod Warzone was set to start on June 4th. According to GameRant, the new season includes new maps, modes, and Captain Price as a new playable character. The new release date of season 4 has not been announced officially. However, a dataminer may have leaked the expected release date.

Season 4 of #ModernWarfare may be coming next Wednesday, at 6am UTC — as discovered in a datamined file which I have posted in the discord if you want to see. https://t.co/dknvhEDMvb

A Modern Warfare dataminer has allegedly discovered files that show season 4 release is now coming Wednesday, June 10th. One must take this with a grain of salt as many online events scheduled after June 10th have already been delayed. Infinity Ward has been one of the most vocal studios in these situations, and it will not be wrong to assume that season 4 is further delayed.

In the meantime, all constituents of season 4 have not been revealed yet. Infinity Ward has kept most of it under wraps, and the rumor mill has remained mostly quiet. 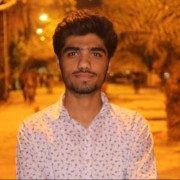