The brand has officially confirmed that the devices will get their first outside China launch on June 8 in Malaysia. The official launch teaser can be seen on Black Shark Malaysia’ Facebook account. The launch event will start at 19:00 (MYT) and can be streamed on the brand’s official Facebook and TikTok pages.

However, Black Shark is yet to make an official announcement on the European release of these devices. Today we have some new information from our source, about Black Shark 5 Series storage and color options that will be available for Europe, along with sone renders. Let’s have a look at them!

We can confirm that specs of the European models will remain identical to their Chinese models. Let’s have a look at their specifications.

The Black Shark 5 Pro is powered by the latest Snapdragon 8 Gen 1 processor, while the non-pro model opts for an older Snapdragon 870 processor.

For optics, the devices feature a triple camera setup. The Pro version uses 108MP Samsung HM2 sensor, a 13MP Ultra Wide lens and an 5MP Tele Macro lens. Whereas the vanilla model features a 64MP primary setup with a 13MP and 2MP lens for Ultra Wide and Macro photography respectively. Both phones share a 16MP camera for selfies at the front.

The phones are powered by a 4650mAh battery that can be charged via a 120W adapter. The phones take about 15 minutes to charge from 0% to 100%. Both phones also have a unique charging feature, in which the adapter bypasses the battery and directly powers the phone, improving battery life and effectively dissipating heat during charging. The devices run on Android 12 OS with Joy UI 13 skin on top. The phones also support side-mounted fingerprint scanners and pop-up magnetic triggers located on the right edge. 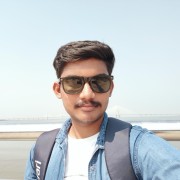