There has been a decline in cable TV, as of recent, and companies are less incentivized to make an attempt to revive it. The purchase and application of streaming devices are becoming more and more popular as they offer more features for less money. The idea of “smartwatch” is taking over everyday lives, often backed up by smart televisions. However, whether you have a smart TV or not, you will want to consider and invest in the new way of watching TV. 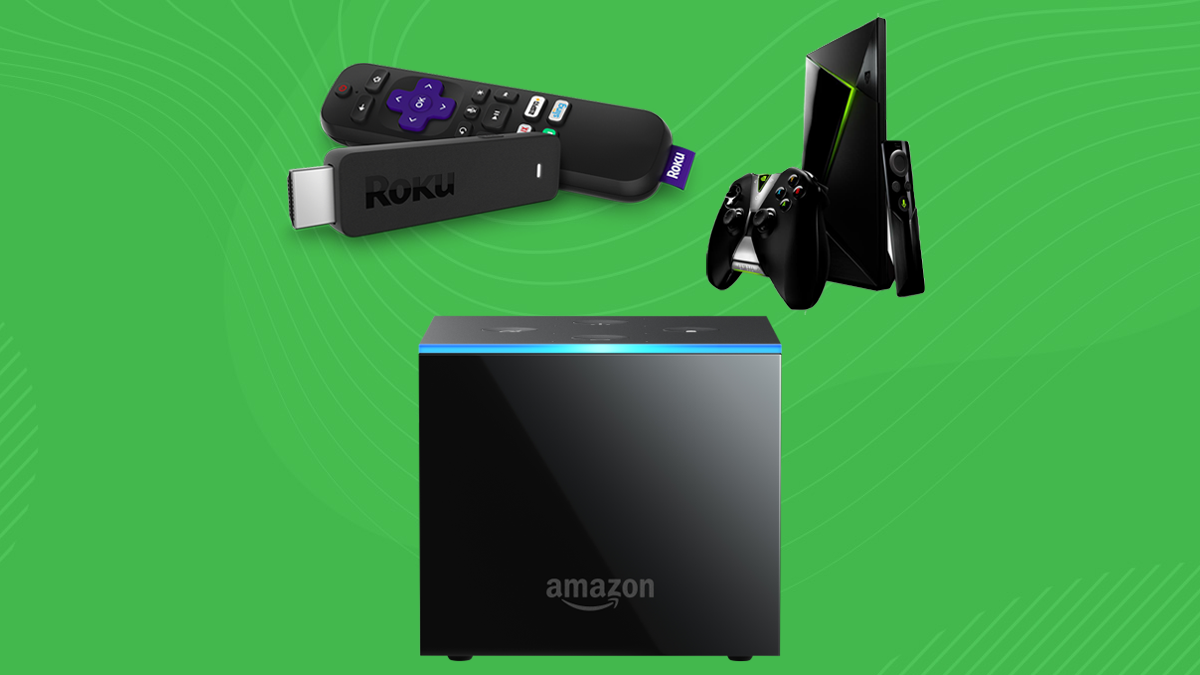 A streaming device can do wonders as they offer far greater flexibility for a much cheaper price. And today we’ll be looking at the best streaming devices that you absolutely must give a thought when looking to change the way you watch TV.

It was a tough battle, having to dethrone Roku as the top streamer device manufacturer. But Amazon’s Fire TV Cube has cracked the nut and delivered. Installing a Fire TV is not just about TV experience, it is about an investment in your home altogether. It feels more like an extension to your entire entertainment center rather than just something to watch channels with.

Upon unveiling this streamer, you’ll find the cube itself, cables, an Ethernet adapter that connects via a micro USB port and a remote. The design of Fire TV Cube is, simply put, excellent. It has a very neat glossy finish with the Amazon logo and blue light bar for Alexa at the front. The 8 far-field microphones are capable of picking up voice commands from a distance. Echo users will know this to be an incredibly helpful feature as they’re familiar with how easy it is to command Alexa like that. At the back, you’ll find HDMI, Micro USB and a port for IR extender.

Fire TV supports 4K, 60FPS, HDR and HDR-10 video formats, making it top of the line right out the bat. Like most devices, it has Dolby Atmos audio support. It has an in-built speaker, so your TV does not have to be turned on for Alexa to acknowledge the commands. In terms of content, this being an Amazon product, primarily displays Amazon Prime. In addition to that Netflix, Hulu, HBO, PlayStation Vue and a ton of other services are available. There is a number of ads promoting Amazon products such as Amazon Prime which takes a lot of space on the TV and is annoying.

The biggest selling point of Fire Cube is the flexibility it grants allowing you to have full control. It serves as a central hub for all your devices. Amazon wants you to control all of this with voice, which is why you’ll find the remote to have only a few buttons. In the past, Fire TV products were restricted to only Amazon-affiliated content however, with the Fire Cube that is not the case. Their interface is easy, fast and allows a lot of options too. With Alexa, you’re not just bound to Fire Cube alone. With just one command you can seamlessly switch between other devices as well such as PlayStation or Xbox. Not only that, you can even order food with this box while watching TV or playing a game.

The Fire TV Cube is an extremely great addition by Amazon. It does a tonne of other things along with being the best streaming device in the market right now. You can also install a browser and surf the web, making your TV really be alive. It is a great product and Amazon has done phenomenal work with the Fire Cube TV, making it the obvious first choice for anyone who is looking to buy a new streaming device.

Roku is and has been, a very strong contender for the best streaming devices. The idea behind their line of products is simple- deliver a straightforward lineup for devices with everything that the people want. Roku Ultra does just that.

The design of the Roku Ultra is quite simplistic. You get a small thin shaped box with hard plastic being used as its base and the remote. On the device itself, there is an HDMI, Ethernet, a slot for Micro SD and USB. Additionally, on the remote, you’ll find an audio jack as well where you can plug headphones in for private listening. Also, with the USB port, you can directly plug in videos that you want to watch and stream it on Roku Ultra directly.

Roku Ultra supports 4K and HDR, but no Dolby Vision. Roku has never disappointed with their products. Some proprietors start prioritizing stuff not related to streaming and thus, end up having the streaming itself at a degraded level. Roku does this simultaneously and doesn’t forget the core purpose of their streaming box. It displays high resolution and free of lag content, just like you’d expect from Roku.

The interface is functional but that is all it is. Navigation seems slow, especially when compared to Fire Cube. There is the option to directly browse through just the HD and 4K content by selecting their respective tabs. We liked this option as it spared a lot of browsing time. On the remote, there are quick-access buttons for Netflix, Hulu, CBS, and Sling. There is a small button for voice control on the side as well. The voice control however felt buggy and often ended up not registering the commands properly.

Since Roku is a line of products on its own, they are not directly affiliated with anyone. Their app is a tremendously rich ecosystem standing on its own two feet however, you can’t link your other devices together like Fire Cube or Apple TV. But, the Roku Ultra is perfect for high-end streamers looking to get the best out of their 4K TV. For people with Dolby Vision on their TV, it might be a bit disappointing. But all the other stuff that it is packed with, works really well.

Nvidia stepped out of their domain and gave us Shield TV, 4 years ago. You’d think that an old device such as this can not possibly compete with the demand we have today, but you’d be very wrong. Despite being old, Nvidia’s Shield TV is still running strong and running like a beauty. Constant firmware updates, access to GeForce Now library and Android’s variety of customization options make this one of the best packages today.

Nvidia Shield might just be one of the best looking streaming devices in the list. It has chunks on it that make it look like a battle tank. It comes with 16GB of internal storage which is ample enough but, it can be increased if needed.

Shield’s OS was originally designed for gaming intents. It does the basic stuff that you’d expect from a streaming box and all of that works very well. The Tegra X1 processor is still a beast and can tear through demanding and long loading apps with ease. 4K and HDR are very crisp and crystal clear. It supports Dolby Atmos and DTS-X audio through its HDMI ports.

The Shield supports Alexa and Google Assistant for voice command registration. Their interface is, personally, our favorite. You can have an unlimited number of shortcuts for quick access and all of that works incredibly fast. Android is known to give users a vast number of flexibility options and that carries on with Shield as well. You can modify your menu, change preferences and much much more.

With Gamestream, you can directly play all your PC games on your TV as well thanks to Shield. This works only if you have an Nvidia GPU installed. The zero delays and no screen tearing ensure a gaming experience more immersive than a monitor. The design of the remote might be better than most out there. At the bottom is a touch panel that changes volume. Moreover, it is very responsive as well as there are no cases of phantom touches being registered.

Nvidia Shield, is no doubt, an amazing streaming box with very quick processing power. It delivers what it promises but there is a catch. Unless you’re a gamer looking to expand your reach to all devices, Shield TV might be a bit too much for you. It has a rather high price tag but that is mainly because it is intended for gaming purposes. That being said, it does the streaming TV job too and you do get very rich performance out of it, ultimately making it the perfect gamery streaming device for all of the tech enthusiasts out there.