Security is one of the most important factors in the digital age and something that one cannot deny. With that out of the way, if you use an Android and you are looking for an app that is good for the overall security of your device, the good news is that you can easily choose from some of the best apps available on the Google Play Store.

However, the important thing that you must keep in mind here is tat with so many apps available in the market, which one can you trust, and which one can you avoid. Below, you can find the best security apps that are available on Android at the moment. You will not have to worry about anything going out of place. 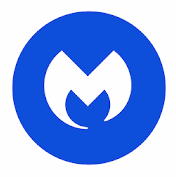 Bitdender is one of best antiviruses that one can use when it comes to keeping yourself secure from the viruses that are becoming a problem. However, the good thing is that if you are looking for the same level of protection on your mobile devices, then Bitdefender Mobile Security is definitely the one that you should be looking at. The good thing about this app is that has been on Android for some time and keeps receiving consistent definition updates, as well.

Although not free, the app is definitely the one if you are looking for something that speaks quality through and through, and will keep your phone secure.

It’s well-known that a lot of malicious scripts are embedded in ads. Thus, one of the best security apps you can get yourself is a good ad blocker. Unfortunately, because many app developers depend on in-app advertisements as a source of revenue, Google has been removing all ad blockers from the Play Store. You’re still able to download and install the APK files for adblocker apps from alternative websites, however.

The absolute best adblocker, consistently ranked #1 in peer reviews, is AdAway, currently available on XDA Labs. It does a fantastic job of blocking ads across your device, whether in the browser or in an app. However, AdAway requires that your phone is rooted, because it modifies the /etc/hosts file in the /system partition.

It works with Magisk systemless root – if your phone isn’t rooted, search Appuals for an Android root guide for your device. If you’d rather not root your phone, you can go with a less powerful (but still effective) adblocker as such AdBlocker Plus. 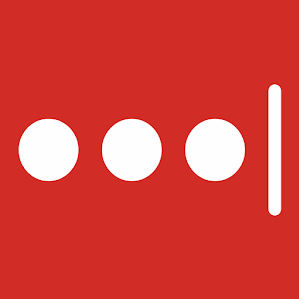 Keeping passwords saved on your device is a major security hazard. If your phone is ever infected with malware, or stolen, all of your saved passwords are now in the hands of someone else. LastPass protects you against this by storing all of your passwords in an encrypted vault, with a master password of your choosing. For ultimate security, you can also pick up its sibling app, LastPass Authenticator, which enables two-factor authentication for your LastPass account. 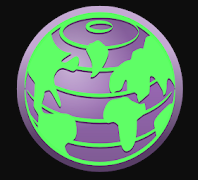 The Tor Project consists of four Android apps. They are Tor Browser, which is a secure browser based on a modified version of Firefox. It connects to the Tor network, giving you a layer of anonymity, and also making it so that websites can’t track you. Tor Browser is in Alpha state and expected to have a full release in 2020.

In the meantime, if you don’t want to use the Alpha version of Tor Browser, you can install Orfox. It is web browser built using the same source code as Tor Browser, with a few modifications. It has NoScript and HTTPS Everywhere built-in.

The other two apps are Orbot: Proxy with Tor, which must be installed alongside Tor Browser, and it encrypts your traffic. Orbot is similar to a VPN, but it bounces your data between several hosts, instead of directly through a VPN. Finally there is OONI Probe, which basically checks for network surveillance and censorship.

Norton Security Antivirus is the most recognizable name on this list, and not by coincidence. This app gives you an outstanding overall protection for your Android device. It comes in a free and paid version. The free version offers you a 30-day trial for all the premium features. The most useful features of this app are:

Other than that, Norton offers you an ability to lock your phone via SMS message and some other handy features for further protection.

If you have an older device, I wouldn’t recommend you using this security app because it has heavy system impact. However, if your device has a plenty of RAM you are good to go. Here you can check it out Norton Security and Antivirus.

All the apps listed above are great if you want to increase your device’s security and keep your personal information safe. But it is essential that you always keep an eye on your smartphone. Only you can prevent the actual losing or stealing.

The Best Security Apps for Android in 2020