Brand loyalty is just as important in the gaming world as it is in any other industry. Manufacturers will throw a lot of technical jargon or marketing terms at you to prove that their products are the best. This rarely works, but eventually, when the hype starts going, it doesn’t die down easily. We can say the same for Razer, the crowd support and hype around that brand is unrivaled in the gaming industry. 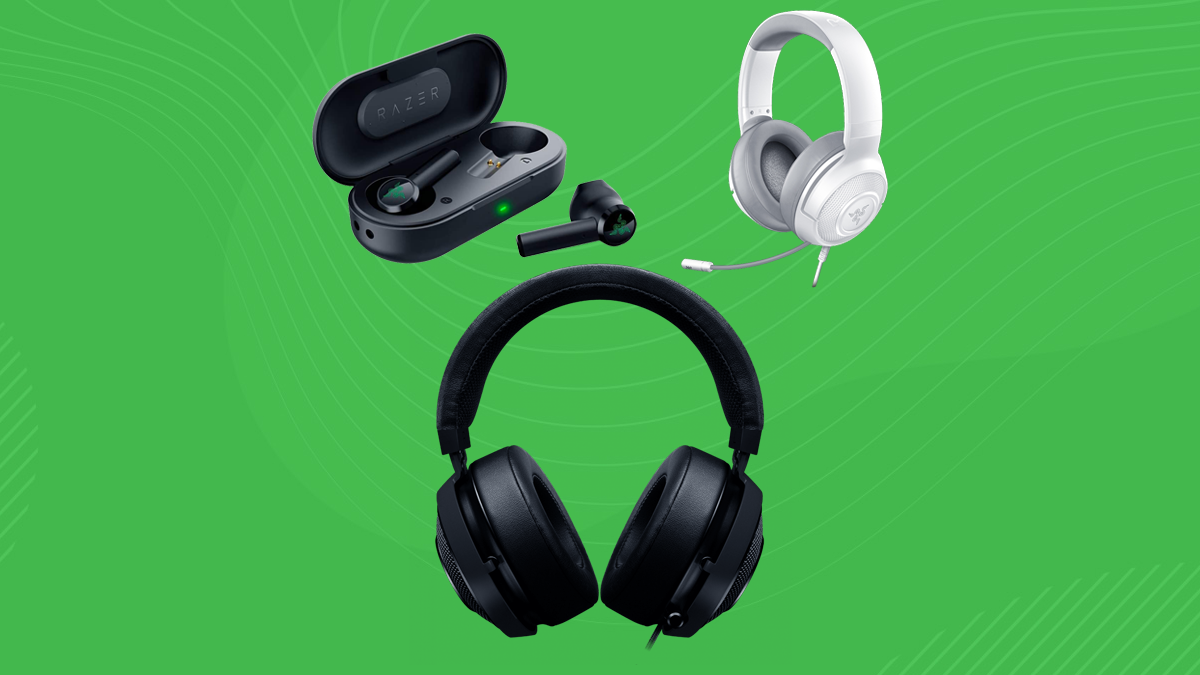 However, it’s not all about popularity with Razer. They are known to make some of the most recognizable headsets for gaming, on both consoles and PC. But certain things set one headset apart from the other. One might have a better mic while the other might have some extra features.

The Kraken lineup is their most successful product line, and for good reason. The original Kraken headset has been a favorite among people for a long time. But there are more headsets than that one.

So, we’ll be going through Razer’s long lineup of headphones, and finding the best ones so you can find one that’s perfect for you.

As I mentioned above in the introduction, the Kraken headset has been a longtime success. We’ve seen several revisions of this same headset many times before. The Kraken 2019 edition is the successor to the Kraken Pro V2, and while not much has changed, it’s still one of the best headsets around.

The design is quite recognizable at this point. I’d even go far as to call it iconic. The large round plastic earcups, the retractable mic, the triple snakehead logo on both earcups are design elements that scream quality. The Kraken has aged well, and it still looks great in 2021. The earcups are comfortable and the padding is thick, no complaints there.

We have a lot more color options now, ranging from the classic black to mercury white, black/blue, green, quartz pink, and even a limited edition star wars color. I’ve always been a fan of the retractable microphone, as other configurations like the flip-up mic seem cumbersome.

As for audio, the Kraken 2019 edition is solid for gaming, watching movies, and even listening to music. It’s more balanced than most cheap gaming headsets, and the bass isn’t overpowering. It’s still enjoyable but don’t expect that thump or depth to that bass as in the Nari Ultimate. The mid-range sounds smooth and pleasant. The treble sounds decent yet could do with a little more definition to it.

As for microphone quality, the retractable mic on this headset is more than good for in-game voice chat. I wouldn’t recommend it for streaming, but it can get the job done at least.

Apart from that, there’s not much to say about this headset. Even though other manufacturers have caught up, the legacy of this headset is hard to overlook, and for fans of Razer, this is the best headset you could buy.

Razer's Quality On A Budget

Take everything great about the original Kraken headset, shrink it down a bit in size, making it lightweight, and the end-product is the Razer Kraken X. Of course, there’s much more to the story here than it might initially seem. If we’re talking bang for your buck, this product is the best that Razer can offer.

The Kraken X is a slight redesign of the Kraken headset, while still using the same look. There is no flashy Chroma RGB here, just a clean matte black aesthetic, which I am personally a fan of. The headset is lightweight, as it is made out of plastic entirely. However, it never feels cheap and at about 235g, it’s easy on the head.

Speaking of which, the headset is surprisingly very comfortable, even more so than other Razer headsets. Maybe that’s because of the light clamping force, which is barely noticeable at times. The headset fits all sizes perfectly, but if you have a bigger head, the ears might touch the drivers. Still, the artificial leather padding on the ear cushions covers that complaint. A+ in terms of comfort.

On the left earcup, we have the volume dial and the mic switch, both of which are very tactile. This uses a 3.5mm cable for connection, so there’s no dongle for 7.1 surround sound here. You can enable it with software, but I wouldn’t bother as the stereo configuration sounds better.

Sound quality is good for gaming, and it’s better than other $50 headsets at this price. The direct competition is the Hyper X Cloud Stinger, which sounds more balanced. The Kraken X focuses more on bass and treble, and both of these work well for gaming. The bass has a nice depth to it, while the highs are bright, although they can get harsh at times.

The mic is also surprisingly great, and for a budget headset, it actually left me a bit surprised. In-game chat won’t be a problem with this. Overall, this is a tough value to beat.

Razer decided that things were getting a bit boring in the headset department. Apart from audio quality, there’s isn’t a singular defining feature that separates one high-end headset from another. That was why the Nari Ultimate was created with one focus in mind: Immersion. For better or for worse, Razer has succeeded in its mission.

The Nari Ultimate has a very solid build quality overall, with premium metal construction. The yolks for the headset use plastic, but that is to keep the weight down. The headband is self-adjusting, and it is perfect for every head size. The ear cushions are even bigger than other Razer headsets, yet they’re still comfortable. The padding is gel-infused, so your ears never get warm

The Nari Ultimate uses a 3.5mm cable for connection to your PC, PS4, XBOX, or Nintendo Switch. It works with smartphones seamlessly as well, so it’s very versatile. So far nothing unexpected, but that’s where the Haptic feedback comes in.

Razer teamed up with Lofelt to make haptic drivers fitted on the inside of both earcups. Whenever a big explosion takes place or the drums kick in, these start vibrating, and it is absolute sensory overload. It works well with a variety of games, and even some big-budget movies like The Avengers.

I thought this was a gimmick early on, but after playing Doom with these, the result speaks for itself. Once you go back and turn haptic feedback off, things start feeling dull again. Now, this doesn’t work with every game. For example, games that have an environmental sound don’t work as well. And classical music sounds just plain strange.

It’s a very niche product, but for people who want absolute immersion and don’t mind paying the premium, it could be a great buy.

For The Bass Lovers

The Kraken Tournament Edition is a headset that is incredibly easy to review. Why so? Because it’s almost the exact same headset as the Kraken 2019, but with a THX control module paired with it. But how much of an effect does that minor change have on this headset?

As I mentioned, the design is essentially the same as the Kraken 2019 edition. However, there are only two color options, classic black or the iconic green. The earcups have the same grill/mesh design on the outside, with the earcups and headband using artificial leather padding.

Like most other Razer headsets, this one is comfortable as well, though it feels a bit heavier than it’s alternatives. The mic is still great and serviceable for communication during online multiplayer games. The major difference is the THX control module, or dongle if you will.

This adds spatial 7.1 surround sound to the headset and even tweaks the low-end or the bass to make it more emphasized. The 7.1 surround sound works surprisingly well in games, and bass lovers will appreciate the response. However, it’s not the best headset for listening to music, and the highs are way too harsh a lot of the time.

The Razer Hammerhead TWS earbuds aren’t really your traditional gaming headphones. In fact, as you can probably guess from the design, they are tailored towards mobile or handheld gaming. I know that a lot of people don’t like the completely in-ear design of other TWS earbuds. Instead, the Hammerhead earbuds feature an Airpod style design language.

They do a great job of staying in the ears, even during vigorous movement. They also have IPX4 water resistance, so they can survive a splash or two of water. The Bluetooth connection is reliable, and the coverage is good enough to walk around in the house.

Razer claims 4 hours of use out of the earbuds, with 12 additional hours if you use the charging case. The battery life isn’t that great, even for cheaper TWS earbuds. The case is nice, and the earbuds snap magnetically inside. It even features USB-C for charging.

As for audio, they get very loud and most of the time you won’t need to go higher than 50-65% volume. The bass is fast, direct, and punchy. The midrange is crystal clear and easily identifiable, which is a solid plus. The highs have a nice snap to them as well. But for some reason, they sound a bit generic for gaming, Maybe that’s because the separation isn’t the best.