While some people will be getting the new PS5 console on the launch, there are a lot of people who will stick with their good old PS4 for various reasons. One of them is the fact that the better collection of games typically come out a year or two after the launch, another is that people will be waiting for a sale/price drop. 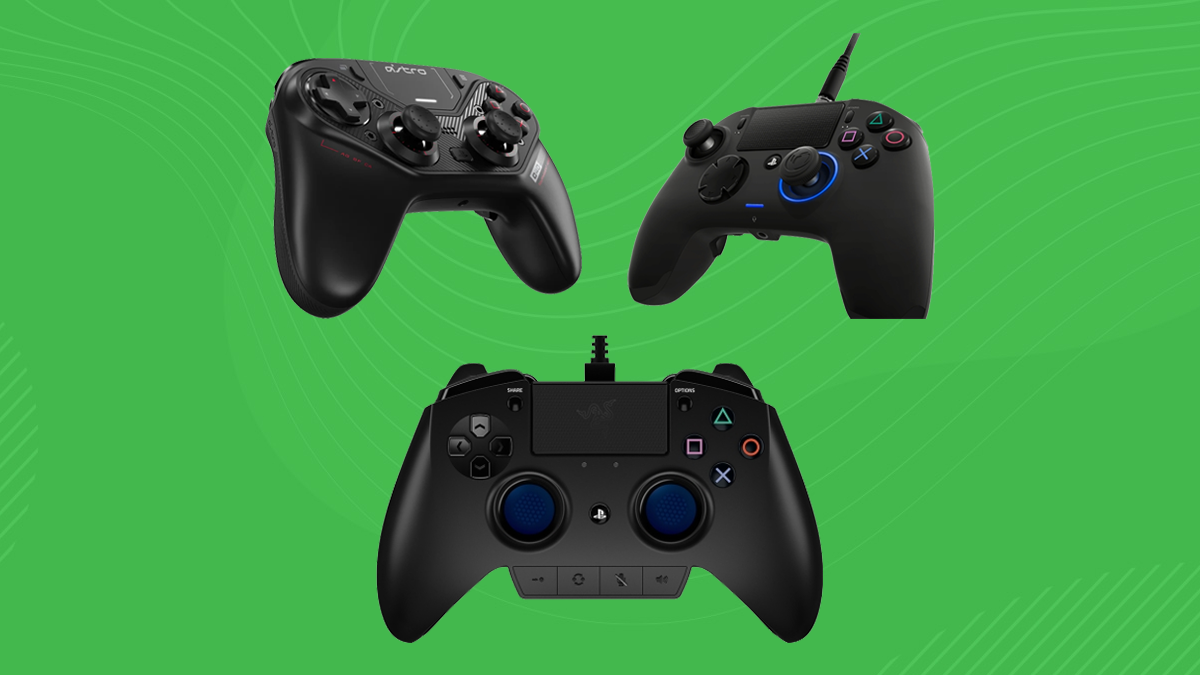 If you are like me and will continue to game on your PS4 in 2020, you might be interested in upgrading the official controller with an aftermarket one. The Sony DualShock 4 will be compatible with the PS5, and so will other third-party controllers, so this is a no brainer.

Not everyone is going to be a fan of third party controllers, which tend to come in different shapes and sizes. But the DualShock 4 lacks a major feature that has become very popular, that happens to the programmable back buttons.

A tonne of YouTubers and streamers are using controllers with back button attachments, mostly to help them with shooting more accurately and quickly in FPS games. However, if that is all you want from your controller, you can actually make your PS4 controller better by using a back paddle attachment.

Sony unveiled its own DualShock 4 Back Button Attachment for the standard controller. I have been using this for my own controller for a while and it works well. It’s quite cheaper and sometimes more reliable than other controllers and also offers unique light bar features as well.

However, some people just don’t like the standard controller straight up. Whatever your reason might be, a pro controller might be the way to go for you.

I’m not exactly a firm believer in the popular concept that better equipment makes you a better gamer. But Astro might just have changed my opinion with their excellent C40 TR controller. Before I even get into the details, I’ll say that while the controller is pricey, its the best overall package out of the bunch.

The design and layout of the controller resemble with Sony’s DualShock 4, but the heft and size of it feel like an Xbox One. This really does feel like a match made in heaven. As someone who likes a little heft to their controllers, this is excellent. The grip at the back is easy to hold on to, and we also have the programmable back paddles located here.

There is a lot of modularity in this design. It’s made to be completely customizable, let me tell you what I mean. The Astro C40 TR ships with two different kinds of analog sticks (concave and convex). You can also swap out the location of the Directional pad and left analogue stick, and make the layout similar to an Xbox style. But how do you do this?

Well, the Astro’s C40 TR ships with a carrying case, which has the analogue sticks I mentioned before, and a special proprietary screwdriver. With this, you can easily open the screws on the faceplate, and get to moving things around. It’s easier than it sounds, and you feel like you actually accomplished something when you’re done.

Apart from that, the sticks, triggers, buttons, sticks, are all precise and reliable. You can even tune the resistance on the triggers and back buttons with a slider on the controller. The only minor gripe I have is with the share and options buttons being ridiculously small. In games that require you to press the options button to open the inventory (which is a lot of them), this could be a problem.

Apart from that, I can’t find major faults on the Astro C40 TR. For the overall package you get, it’s not even that overpriced in my view. This is hands down the best Pro controller money can buy. P.S. It works on Windows too.

Maybe you’re familiar with PC gaming or maybe you’re not. But I’d be surprised if you told me you haven’t come across Razer products when searching for gaming peripherals online. The massive giant of the PC gaming industry returns once more cater to the console audience, this time with Razer Raiju Ultimate.

The Raiju Ultimate is the updated version of the original Raiju controller. The previous version was a wired controller only, which was a major dealbreaker for a lot of people. Apart from the Ultimate version being a wireless controller, another major change is the layout. This time around, it’s the standard DualShock 4 layout we’re used to.

But any similarities to the DualShock 4 after that go flying out the window. The grip design is quite a bit larger, and it’s also much heftier and better built. It has hard foam padding at the back and gripping it is really a moment of joy and comfort. The sticks are much more precise and stay true to the design of what most people are used to.

The face buttons are tactile and responsive, and so are the shoulder buttons. The triggers are pure bliss, you can even tune the resistance with a slider at the top of the controller. The back buttons sit flush with the grip on the back, but they can be easily pressed at first. This is something you’ll get used to with time, so not exactly a major gripe.

How can I talk about a Razer product and not talk about the design? An RGB Chroma light strip around the touch bar is something I never knew I needed, but it does look enticing, to say the least. The feel and finish are also excellent, as you’d expect from Razer.

The only bad thing I can think of is that it might be a bit heavier or bigger for some people. But the major issue is buying this in the United States. You might have to get it imported from the UK, but when it is available in the US, it goes for a higher price than the MSRP.

Scuf is the major Esports sponsor for a lot of teams (on consoles, of course). That’s why you’ll find a lot of influencers, streamers, professionals, and most competitive people use their hardware. Another major selling point is the customization available in the design department.

So what makes the Scuf Vantage 2 so great? Well, they were one of the first companies to introduce back paddles, and they still do it extremely well on the Vantage 2. There are a lot of design options available here, and you can go crazy on their website to make something truly your own. They even release their own designs based on games and other themes.

The layout is reminiscent of the Xbox One controller, and it does have the same heft and weight to it. All of the buttons are excellent and work as you’d expect them to. The front of the controller has a removable faceplate, and its intuitive to take on and off. You change out the sticks, the D-pad, and even remove the rumble motors.

The Vantage 2 also has onboard audio controls in the form of a touch-sensitive bar at the bottom. Note that this only works in wired mode to preserve battery life. Everything else feels tight and responsive on this controller. If you don’t want to use the back paddles, you can just slide them out. If you don’t want a tight trigger response, you can change that.

What I am saying is that the Vantage 2 has a lot of customizability, but at a cost. And oh boy, is your wallet going to be crying after this purchase. Depending on whether you go wired or wireless, or if you want a full custom design, you can end up paying more than $250 on this controller.

That’s more than a little insane amount of cash to drop on a controller, you could get a new PS4 for that price these days. There also have been some quality control issues but those are few and far between. However, for those who are willing to pay the hefty premium, you could truly get a controller tailored just for you.

For People With Small Hands

Back buttons: No | Style: Wired | Programmable Buttons: No

Let’s break the pace a bit, shall we? Quite frankly, all of the above three controllers are tailored towards competitive gaming, and they are all high-quality controllers depending on your preference. But maybe you’re not looking for that, maybe you just want a good cheap secondary controller to play with casually, or give to your siblings.

Well, my first recommendation would be to just get another DualShock 4. You can usually find them for around $50. Want to save more money? Then the Hori Mini Gamepad is for you my friend. Don’t be deceived by the design, this controller is far more capable than you think.

It is called the Mini Gamepad for a reason. As you can probably guess, it is more suited towards people who have smaller hands or mostly kids. It might look like your hands could be cramped, but if you’ve ever used a handheld console like the Gameboy or something similar, you’d be surprised how easy it is to get used to.

It’s built entirely out of plastic, yet it never feels cheap. The buttons are almost as good as the regular DualShock 4, but not entirely at that level. The triggers are replaced by buttons at the back of the controller, which is a major gripe for me, and could potentially be a dealbreaker for some people. I do like the look of the adorable little touch button, which replaces the touch button.

The Hori Mini also comes in a wireless version, but that’s a Japanese exclusive that you have to import. Even then, it costs less than the DualShock 4, so Hori has definitely achieved what they set out to do with this controller.

The original Nacon Revolution Pro controller was quite successful and received great reviews from a lot of influencers and websites. The Revolution Ultimate is aiming to go over that bar that was previously set, but it does trip and fall due to a few shortcomings.

It’s not a bad controller by any means (it wouldn’t be on this list if it were). The layout is similar to the Xbox One layout, and this is something a lot of people prefer. The right analogue stick has a light-up ring around it which glows in red colour. While it does look cool, it takes me back to the red ring of death days.

The buttons are just as good as any controller on this list, and I like the style of the shoulder buttons and triggers. The D-pad is decent, although I have seen better for sure. The major gripe I have is with the analogue sticks. They just feel cheap to me and don’t really compare to a PS4 or Xbox controller. The back buttons are useful, however, and the replaceable weights are a nice touch.

The Revolution Ultimate does everything the other Pro controllers do on this list. But it doesn’t do anything particularly better than the rest, hence the low rating. I wish it didn’t have issues in the build quality, as issues with the controller breaking are common.