Nintendo fans are some of the most enthusiastic gamers on this planet. This is for many reasons, a big one is Nintendo’s long-running legacy and track record. Most of their first-party games always end up being incredibly successful. As such, it is no surprise to us that the Nintendo Switch is their biggest success since the Nintendo Wii. This console has the usual allure and excitement that keeps bringing Nintendo fans back to the company. A lot of people say that the Switch is the most enjoyable console out right now.

However, we’re not going to waste time debating that. For now, we can say that you need a separate controller for the Switch. The joy-cons are great, sure, but they aren’t the most comfortable when you use them with grips in docked mode. Not to mention the joy-con drifting issue, which is a bigger deal than most think. A good controller won’t suffer from this.

In a lot of games, the joy-cons just aren’t ideal. This is true in games like Super Smash Bros. Ultimate and other fighting games, among other genres. Not every Switch player is the same, so we’ll try to keep this roundup as diverse as possible. Hopefully, we succeed in doing so. Here are 5 of the best controllers for the Nintendo Switch in 2021.

Cream Of The Crop

It’s always nice to see manufacturers supporting third-party accessories. This opens the door to more options, and the consumer wins in this situation as well. However, sometimes you just can’t replicate the quality of first-party accessories. This especially holds true for Nintendo products. The Switch Pro controller is proof of that.

If a controller is not comfortable, then it ruins the whole gaming experience. Fortunately, the Switch Pro controller exceeds here. The layout is similar to an Xbox controller, which we know many people love. It has a nice construction and solid weight to it. That’s always important for overall quality.

The button layout is well designed and easy to get used to. They feel spongey and smooth when pressed. Apart from that, the Dpad is also decent but the Switch lite still has the better one. If you miss the Dpad on your joy-cons, this is an incredible replacement. Furthermore, the analog sticks are smooth and have a lot of room to travel. There are no drift issues here either.

The shoulder buttons are spongey, and so are the triggers. Nintendo has mastered the technique of making great triggers, and we’re all for it. Something the Pro controller has over its cheaper rivals is the HD rumble. Both the accelerometers and gyroscopes feel much better than the joy-cons. It does have an NFC reader for Amiibo.

Other small things include the USB-C charging port, surprisingly good PC support, and an easily replaceable battery. Sure it’s cost a bit more, but the Switch Pro controller stands head and shoulders above the competition.

8bitdo started out by creating retro controllers for consoles and PC. However, they have quickly transitioned from making novelty products to creating market-disrupting controllers. There is usually a lot of hype and excitement when 8bitdo launches a new controller. Thankfully, the 8bitdo SN30 Pro Plus lives up to the hype.

The SN 30 Pro Plus has a layout similar to the PS4 controller. While the shape is a bit different, the hand feel is quite similar. The Dpad is on the top left, while both of the analog sticks are at the bottom. Some people prefer this over a traditional Xbox style layout. It is very comfortable for 2D games, that’s for sure.

The Dpad is responsive, and it feels much better than the Switch Pro controller. To be honest, we’re also big fans of the design. It looks especially spectacular in white and the purple buttons add that SNES nostalgia that we all love. It looks and feels the part, that’s for sure.

This controller works on the Switch, Android, macOS, Windows, and even Raspberry Pi. You can get an adapter if you want to use it with PS4 as well. It even has pressure-sensitive triggers, which feel excellent. If you connect it to your PC, you can remap the buttons

Apart from that, there is not a whole lot to say. This controller is an exceptionally solid one for the price. It outperforms most controllers out there, and it doesn’t even cost a whole lot more. The only minor downside is that it cannot wake up the Switch from sleep. Take that for what you will.

The PowerA Wired Controller is one of the cheapest Pro controller alternatives on the market. Usually, that sort of statement would draw people away. However, PowerA has nailed down the fundamentals of a good controller. If you’re strapped for cash, this is a viable alternative. We’d even say some might prefer this over a regular pro controller.

As you can probably tell, this is a third-party Switch Pro controller for most of it. That is why it looks so similar to the actual more expensive alternative. However, this thing has a lot going for it. One of the bigger selling points is the number of colors and designs available. You can get various designs featuring Zelda, Pokemon, Mario, Animal Crossing, and much more.

As for the shape and feel, there are a few things different here. First off, it’s a bit smaller than the Pro Controller and is also much lighter. The lightweight feel is purely due to the lack of a battery since this is a wired controller. A lot of people like this aspect. The analog sticks are changeable as well. You can swipe them out for either taller or wider alternatives.

We know that a lot of people prefer wired controllers over wireless. There is zero latency, you don’t need to deal with charging, and the price is cheaper. The PowerA is a great controller for all of that. However, you do miss out on some premium features.

For example, there is no rumble, and you can’t wake the Switch up from sleep. With that said, we can’t help but recommend this solid budget control. Just know that it doesn’t work in handheld mode, at least not without an adapter.

If you want to do just that, the PDP Wired Gamecube Controller for Switch is a great option. The name is quite self-explanatory, isn’t it? This is a third-party Gamecube style controller that works seamlessly with the Switch. The real advantage of this type of controller is the button layout.

Gamecube controllers have smaller jump buttons and a larger A button, which is the main button you use to attack in Smash Ultimate. Apart from that, the triggers are usually more like buttons. This means you don’t need to worry about travel distance and latency. Other than that, there is the infamous C-stick. The C-stick allows you to use special ground or aerial Smash attacks.

There are a lot of controllers like these outdoor, but PDP does it the best. You can get in a variety of colors and designs. All the buttons feel great and the analog sticks feel smooth. It is also priced fairly well, so it has got that going for it.

But there are a few downsides when you go with a controller like this. For example, it’s not exactly the best way of playing other Nintendo games. There isn’t any HD rumble here either. But if you’re looking for a great controller for Smash Ultimate, this is the one.

The relationship between Nintendo consoles and unconventional accessories is quite old at this point. It’s almost a running gag among Nintendo fans at this point. Well, the Switch certainly has its fair share of strangely unique third-party accessories. The 8bitdo Lite is one of these. However, it might be one of the best controllers while on the go.

A lot of controllers mainly focus on how it works in docked mode. While most controllers work just as well in handheld, they aren’t all that portable. There are a few out there, but the 8bitdo Lite is by far the most interesting. It is thin and light so you can easily chuck it into a bag.

Apart from that, it matches the aesthetics of the Switch lite perfectly. However, the main attraction here is the three D-pads. Now, that sounds a bit strange, but this feature serves its purpose well. The left Dpad is recognized as an analog stick by the Switch. This is great if you mainly play 2D games.

All of the buttons on here feel excellent, and the same holds true for the shoulder buttons. Pairing is easy as well, and it works with PC, Macs, iOS, Android, and of course, Nintendo Switch. So if you are big on portable gaming, this is an obvious choice.

With that said, it also has its obvious downsides. The right Dpad feels strange if you’re trying to control a camera in a 3D game. Sure it works fine, and you get used to it, but it’s not quite ideal. As usual, you lose out on HD rumble as well. Still, that’s par for the course for Switch Lite controllers.

Ace Luke
Ace Luke is a Washington Accord certified computer engineer with a keen interest in gaming and reviewing computer hardware since childhood. 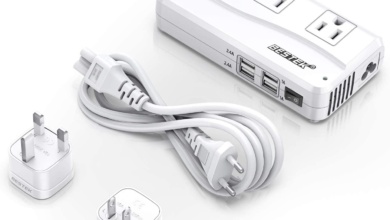 Best Travel Voltage Converter/Adapters In 2021: Wander The World With Ease 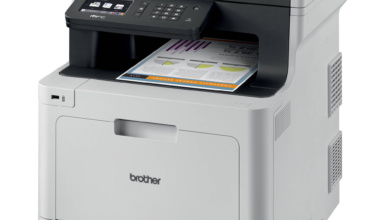 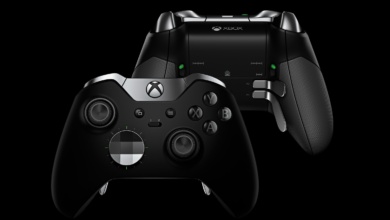 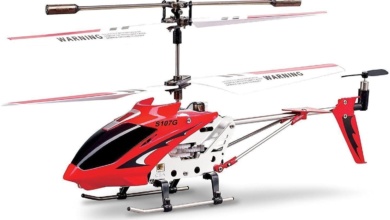 Best Indoor Helicopters to Buy in 2021 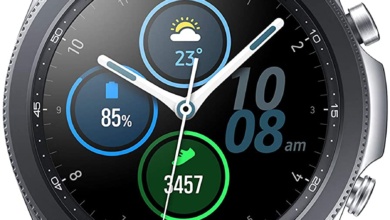 Best Smartwatches for Men To Buy In 2021 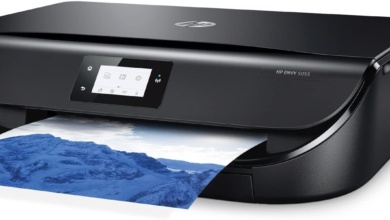