Apple’s Macbook Pro has long been the go-to laptop for macOS enthusiasts and creative professionals alike. Although the Macbook Pro has seen a lot of iterations, the fundamentals are still solid to this day. Great speakers, a vibrant display, the best trackpad on any laptop made it an ever successful product. 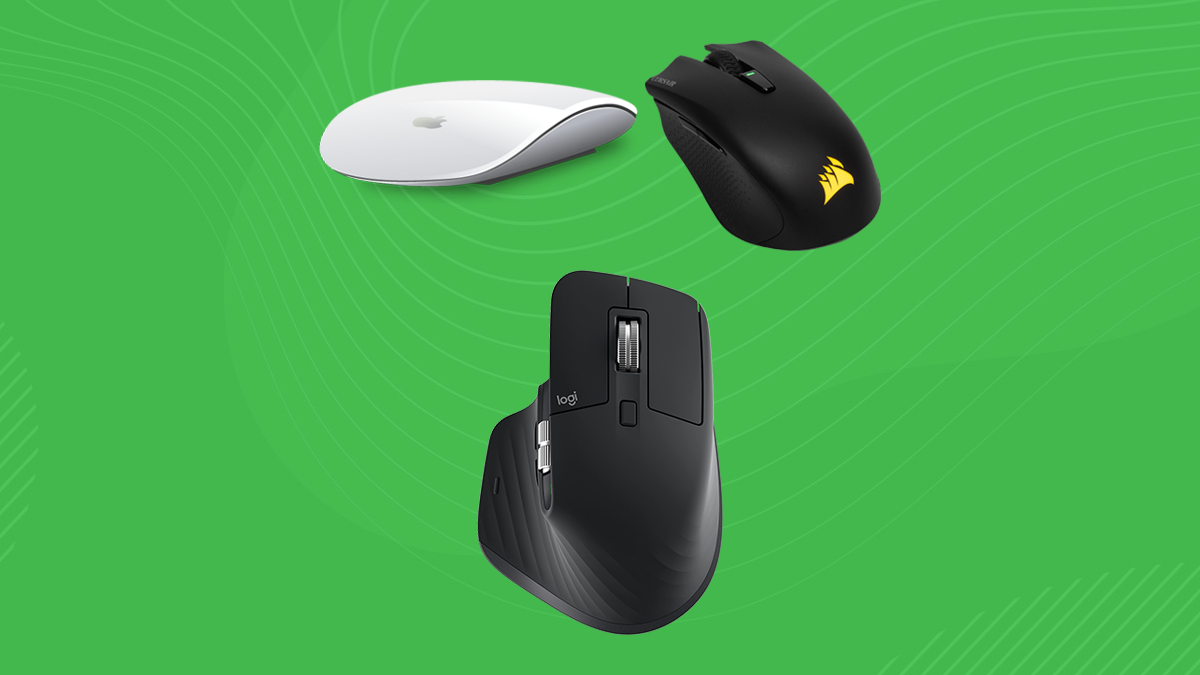 Speaking of the trackpad, it truly is quite impressive. It’s large and responsive, all the while working fluidly with gestures. However, for some people, it’s hard to get rid of the satisfaction of a mouse. Especially for desktop folks who have been using a mouse for a while. Of course, you can easily use a mouse with the Macbook Pro and it won’t take away from the experience at all.

Any wireless mouse will work fine with the MacBook Pro, provided it has good software support. Mice from major companies won”t have this problem.  You don’t absolutely need a mouse , but a lot of the times it can boost productivity.

So, if you have an undying love for mice, we’ll be looking at some of the best options to use with a Mac, Macbook Pro or any Apple PC. Let’s have a look at 5 of our favorites.

The incredibly successful MX Master series has found a loving home among macOS users and productivity experts. The third iteration takes things to the next level, and it’s easy to see why this is the most popular mouse among Mac users. Its legacy won’t be dying anytime soon either.

The MX Master 3 has a very refined shape catered to the palm of your hand. This time around, the mouse is angled ever so slightly to the right. This is so your hand is elevated a bit, and that helps with carpal tunnel. A pocket on the left side ensures that your thumb always has a place to rest. It is impressive how much attention to detail has been paid in terms of comfort.

Apart from that, the extremely long battery life is a big plus. One minute of charge gives you 3 hours of use, which is impressive on its own. Logitech has added a new feature called Logitech flow. This means you can connect to two devices at the same time and copy/paste or drag files between them. The devices don’t need to be connected either.

But what really gives this most the top spot is how flawlessly it nails all the basics. The buttons, the scroll wheel, the battery life, everything is excellent. The only minor flaw is in the forward/back buttons, but hopefully, they’ll fix that the next time around for an even better experience.

The Apple Magic Mouse has always been bundled along with the iMac. People have so much love for this mouse that they never even bothered to try anything else. It’s not that surprising since the Magic Mouse 2 works so seamlessly with Apple’s gestures built inside macOS. In fact, it might be an even better buy for Macbook Pro users on the move.

One look at the Magic Mouse 2 is all you need to realize that this is an Apple product. Everything from the packaging to the fit and finish is exceptional. Unlike its predecessor, this one has a rechargeable battery. There is a lightning port at the bottom where you can plug in the charging cable. The cable is supplied in the box.

For people who haven’t used the Magic Mouse before, it can be a bit unfamiliar. That’s because it doesn’t have a scroll wheel, nor any extra buttons. Instead, the whole selling point of this mouse is that it is touch-sensitive. You scroll by slightly swiping up/down on the capacitive surface. The buttons are clickable however if you were wondering.

The Magic Mouse 2 is now also available in Space Grey, which looks aesthetically pleasing paired with a Space Grey Macbook Pro. It might not be the most versatile, but it works completely seamlessly without issue. The battery life can easily last for a month or more, depending on the usage. And it’s so compact that you won’t think twice about carrying it around in your bag. All in all, a very solid mouse for Apple fans.

I’ve heard it time and time again that macOS isn’t good for gaming, or how Macs are inferior because you can’t play games on them. While there might be some truth to that, the Macbook Pro is more focused on helping you work on big projects. However, sometimes you might want to play the occasional casual game if you’re taking a break.

No matter the reason, I think we all can agree that gaming isn’t easy on a trackpad. The Corsair Harpoon RGB Wireless is an astounding alternative. It’s small and compact, it can work completely wirelessly, and is quite portable. It just might be the perfect gaming mouse for the Macbook Pro, and it doesn’t cost an arm and a leg either.

The Harpoon RGB Wireless is small in shape and size. That doesn’t mean it’s uncomfortable, however. It has a rubber grip at the side which helps when you’re in the heat of battle. I never found this mouse causing me fatigue or carpal tunnel. It glides smoothly as well, which is important for a gaming mouse.

The buttons are solid, and it uses Omron switches which means they are of great quality. The scroll wheel works well too. The design is pleasing, and the RGB definitely adds some flair to it. There have been a few connections issues, but those are few and far in between. Still, it’s can be annoying when it happened mid-game, even if it is rare.

Logitech has made yet another solid mouse for the Macbook Pro. This has earned them another spot on this list, and this time the credit goes to the MX Anywhere 2S. It takes everything great I mentioned about the MX Master series, and it brings it down to a smaller size.

As the name itself implies, the Anywhere 2S is intended to be used wherever you want to take it. It works on all surfaces whether it be glass or wood. It’s small and portable, and that is exactly why it is a favorite among people who like to travel a lot.

The design is solid as well. There isn’t any lighting here, but the aesthetics are pleasing to the eye. You can get it in Graphite, Light Grey, or in Midnight Teal. The Midnight Teal is a personal favorite, as it brings the mouse to life with a bit of vibrancy. It has the same great buttons as seen on the MX Master series. Although, the buttons are quite loud, which is important to consider when using it in public.

The scroll wheels are great, and it also supports horizontal scrolling. There isn’t a pocket for your thumb as seen on bigger mice, but that doesn’t take away from the comfort. The forward/back buttons are placed nicely as well. Overall, build quality feels solid. However, it’s not quite up to par with more high-end mice like the Master 3 or Magic Mouse 2.

This mouse supports Logitech Flow between devices, which allows you to multitask efficiently. The sensor is accurate, and not bad for some casual gaming. Overall, this is a solid alternative to its expensive brother, plus it’s more portable.

The Satechi Aluminum M1 might just prove to be a surprise hit for you. For such a cheap price, you shouldn’t expect too much out of a mouse made for the Macbook Pro. Most cheaper mice work like any other regular desktop mouse, but the Satechi M1 is a bit special.

Satechi has been making great accessories for Macs for a long time now. They first caught my eye with an aluminum stand they made for the iMac. Since then, they’ve been making high-quality products for a while, and most of them are entirely constructed out of aluminum.

That’s why I said the Satechi M1 is a special mouse. In a world of cheap, flashy, and plasticky mice, this one definitely stands out. It is available in four colors, and all of them match with Macbook colors. If you are someone who cares for consistency, this will be complete eye candy for you. The construction is, of course, high quality. It’s easy to carry around and glides well on the mousepad.

The shape takes a bit of getting used to, as it is relatively flat compared to other mice. However, it’s not the end of the world and after a few days,  you’ll start to love it. The only other gripe I have is that the mouse might be too simple for people who prefer to have extra programmable buttons. It’s also a bit heavy since it’s made out of aluminum.

As a Senior Editor, I run, operate and implement a substantial amount of work at Appuals.com. I supervise a team of enthusiastic Geeks and also create content strategies. Whenever I am not at my work desk you'll find me tinkering around PC hardware and retro gadgets.
Trending
Close
Close