Solid-State-Disk drives are definitely much better than hard disk drives when it comes to performance but they are on the expensive side when you look at the cost per gigabyte. That is why hard disk drives are still the most common drives you will see in the market, as their cost to capacity ratio is more than double than that of an SSD. Moreover, apart from the cost differences, SSDs are not available in such large capacities that you would find in hard disk drives and that is one of the most compelling reasons for gamers to consider them, as a lot of games are surfing these days having a disk requirement of more than a hundred gigabyte. 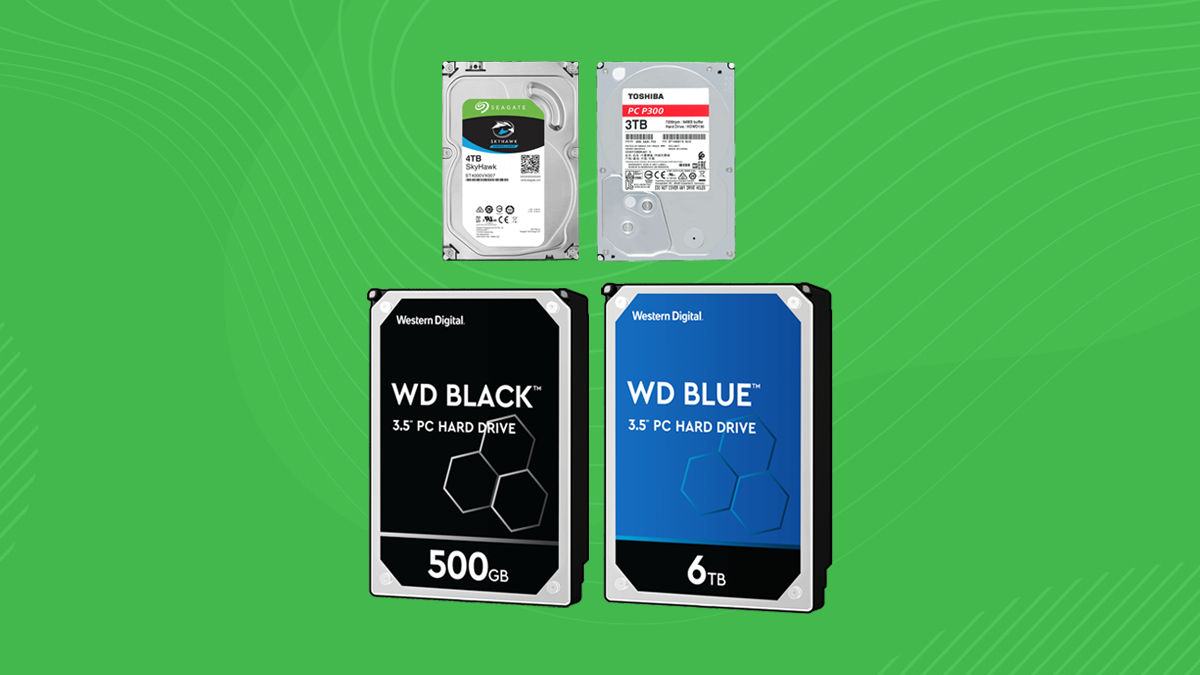 Since we are talking about internal hard disk drives, the risk factor included with the mechanical parts of drives is also reduced and even though not as good as SSDs, hard drives are still capable of lasting a decade or even more. In fact, some of the hard drive companies are providing warranties for up to five years as well, which soothes the hearts of customers a bit, as no one wants to lose their precious data all of a sudden.

That is why we have decided to take a look at the best internal hard drives for gaming PCs in this article.

Western Digital has been the go-to brand when it comes to hard drives for almost a decade. The WD Black is their best selling hard drive to date and with good reason. This drive ticks all the boxes whether it be in speed, capacity or reliability. Western Digital has really managed to strike a great balance between all of these aspects.

The WD Black delivers great performance with a reasonable cost/capacity ratio. It has many storage variants ranging from 500 gigabytes all the way up to 6 terabytes of capacity. It delivers impressive sequential read and writes speeds at 180MB/s and 175MB/s respectively.

Another great element of this drive is the 5-year limited warranty you get and the impressively low failure rate. In the end, if you want the best of the best when it comes to performance and reliability the WD Black knocks it out of the park. Highly recommend for all users.

But is this hybrid drive really that much faster than your typical mechanical hard drive? Well, not by a lot. The read and write speeds are both well above 200MB/s averaging out at 210-215MB/s for both which is still quite impressive. The drive comes with a long 5-year limited warranty and has a relatively low failure rate.

Still, we would not recommend this over even a budget SSD, as even that would get speeds up to 400MB/s. Do not expect this to give you a huge performance boost over your standard mechanical hard drive. It is still a good choice because it is not that pricey compared to the market and you should definitely check this out if you are not going to buy an SSD.

The Seagate BarraCuda is one of the most competitive hard-disk drives ever created.  Seagate has also become a very popular brand for gamers in recent years. Not only have they been making great HDDs for PCs but they are also pumping out hard drives and SSDs for laptops and consoles.

Right now we are concerned with BarraCuda 2TB hard drive. It actually has better sequential read/write speeds at up to 200MB/s and 180MB/s which is impressive for any hard drive. If you want a higher capacity, you can buy hard drives with up to 8TB of capacity, which is great for mainstream drives.

The reason this doesn’t hold higher positions in our list is the somewhat higher failure rate as compared to other drives. Mind you, these drives will still most likely last you a long time but there have been reports of some of these drives failing in under a year. Those reports are not in the majority, of course, but something to keep in mind, especially, when Western Digital gives you 5-year limited warranty while Seagate only gives you 2-years.

If you are someone who has a massive game library, you probably require a high capacity drive. The Toshiba X300 4TB can provide you with that without breaking the bank. As the name implies, you get a massive storage capacity of 4 terabytes. Honestly, that is more than most users will ever use but if you truly require that much storage then the X300 represents exceptionally great value.

The X300 is paired with an impressive 128mb of cache and has the standard 7200 RPM spinning rate. It also has an impressive sequential data transfer rate at 200MB/s representing both read and write speeds. The failure rate of these drives is quite disappointing but technically, the higher the capacity of the drive is, the more risk of failure will be there.

Overall, Toshiba has made an exciting offering with the X300 giving you great value and performance for a high capacity hard drive, although make sure to set up a backup to ensure data integrity.

The WD Blue lineup has represented amazing value in the HDD market for years. The price/performance ratio is the main selling point of these hard drives as they are available in high capacities at a low price tag. The performance also seems to be up to par with most of its competitors.

The WD blue has a mediocre data transfer rate with read/write speeds up to 150MB/s and 140MB/s respectively. It is paired with 64mb of cache and has the standard 7200RPM rate. Just like all Western Digital drives, the WD blue has a really low failure rate. This drive has remained the top seller in hard drives for many years and it is easy to see why when you see the amazing price/performance ratio. Unfortunately, unlike the WD Black, you only get 2-years of warranty.

Overall, this drive seems a great alternative to the Seagate Barracuda, as both drives provide an awesome price to capacity ratio.