It’s 2019 and online streaming channels like Netflix and Hulu are more popular than never. And not to mention we now have USB flash disks. But does that mean DVDs are obsolete? Absolutely not. They are still a great option to store your data. Especially now that we have DVD-RW discs that allow you to erase the data and reuse them. But now to the big question, which are the best free burning software and are they worth it?

I have tried several of them and I am going to highlight the top 5 software that I think are amazing. For your information, you can still write data on a disc using windows. However, you will not be able to use the disc for much except as a data storage. If you want to be able to use the disc on a DVD player then you need a special software. I should also mention that there are some features you will not be able to access on a free software. Thankfully, some tools like Ashampoo offer really affordable upgrades and even better premium features.

Now, I am assuming that you are downloading a burning software because you have a particular need that you want to meet. So it would be really disappointing if after installing the software, you find that it lacks the particular tool you need. These are some of the few things you should establish before making a decision.

This might surprise you but some burning software do not have this basic too. So you end up looking for an additional application to convert your files into disc images before you can write them on the disc.

A great software should support numerous types of disc storages. CDs and DVDs and Blu-Ray discs are the standard formats but overtime new types have been emerging. Like the M-Discs and Dual-layer discs.

This is a simple but effective way to extract audio from CDs. Simply copying the files to your drives will not work mainly because they come with a .cda file extension. Ripping the CD, however, allows you to store the files in supported formats like MP3, WAV, WMA, Flac, and many others depending on each software.

This is more of a bonus feature but is still useful. Some of the software incorporates a backup tool that allows you to easily copy your files to a DVD drive or any other storage media. It is not a must have but it will still go a long way. 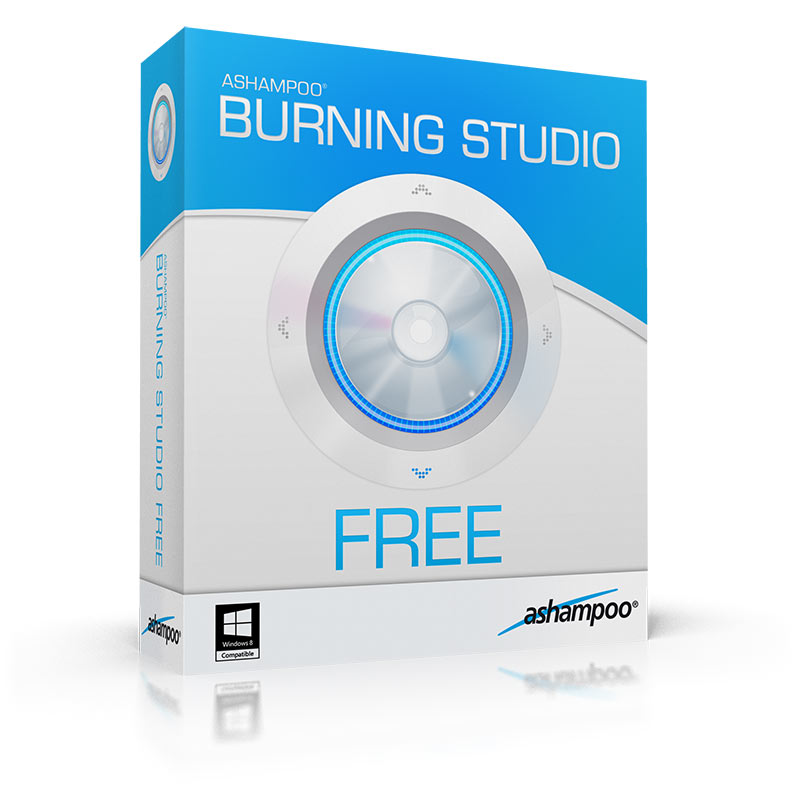 This is by far my favorite burning software. It has a really easy interface that makes the burning a breeze and comes packed with numerous other useful features. It is compatible with CD, DVDs, and Blu-ray discs and allows you to easily erase and reuse them. It also allows you to rip CDs and store the music files in either MP3, WMA and WAM formats.

What’s more is that the software automatically detects the songs and album names from the disc and names them accordingly. This means you don’t have to manually rename them after extraction. Another great feature is that Ashampoo burning studio retains the video quality of your movies up to 1080P and also levels out any discrepancies in your audio quality. In addition, it has a backup technology with built-in compressions to easily store your data in small sizes. It will also encrypt your data so that only you can access it. You can also use the software to create and burn disk images.

And this is just the free version. If you choose to buy the premium version then things get more interesting. Ashampoo burning studio 19 comes with several extra features but there is one that really stands out for me. What is the biggest disadvantage of using a CD/DVD? Their vulnerability to scratches, right?

Well, Ashampoo Burning Studio 19 has a Scratch protection feature that allows the disk to remain readable even after severe scratches. How awesome is that? It also comes with a video editing tool and a history feature that stores up to 20 of your most recent projects including all the modifications you had made on them. This can come in handy in case you forgot to save the file. 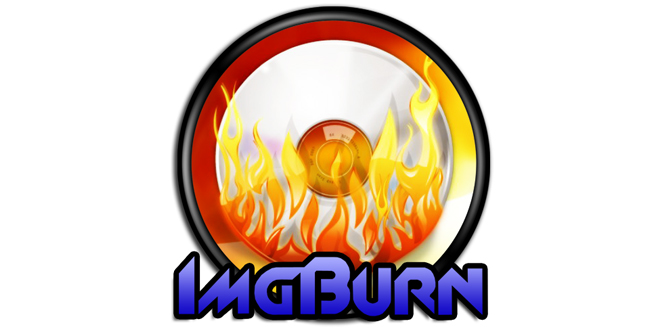 This is a lightweight burning software that I highly recommend for burning disc images. It comes with 5 different modes that you can switch between to perform specific actions. The Read mode is where the software detects the disk. From here, you move to the Build mode where you can create an image file of the file you want to burn. If the image already exists then you can skip to the Write mode where you begin the writing process.  The disk is then checked for readability in the Verify mode.

The software also allows you to compare the burnt image against the actual image file to confirm that they match. The final step will need the installation of an additional software that comes bundled in the ImgBurn package. Nonetheless, you can skip it if you have a DVD player. It involves testing the disk to determine the quality of the burn. ImgBurn supports more image file formats than any other software in this review.

In case you are burning multiple images and have multiple drives, you can utilize the image queue system to distribute the disc images between these drives. The additional software that needs to be installed may be a problem for some but I like that it is never forced on you. You have the option to opt out. 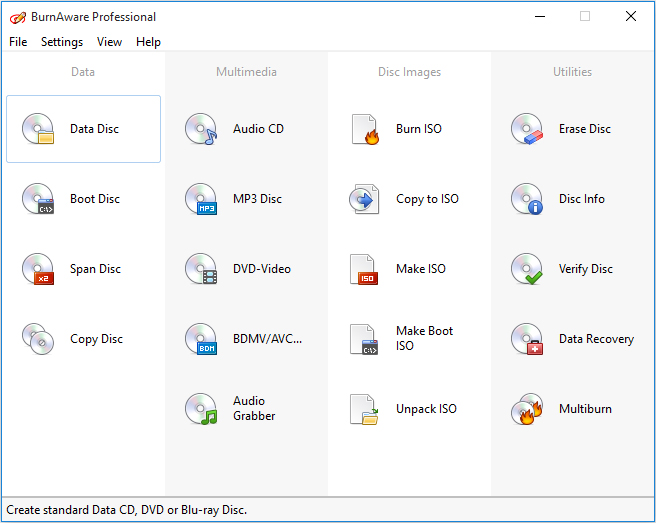 If you ask me, BurnAware is arguably the easiest burning software to use. The user interface is so straightforward and does not require any special skill to successfully burn a disc. The software supports a wide variety of optical disc data storages including M-Discs and Double Layer Discs and can be used to perform all the basic burning functions. These include creating and burning ISO images, extracting audio files from CDS, spanned backups and creation of video DVD Discs.

Burning using this software is also faster than most because it burns directly onto the disc instead of using hard disk staging. However in case you need more features like copying data from disc to disc or recovering data from unreadable discs then you will have to upgrade to the Pro or Premium package. 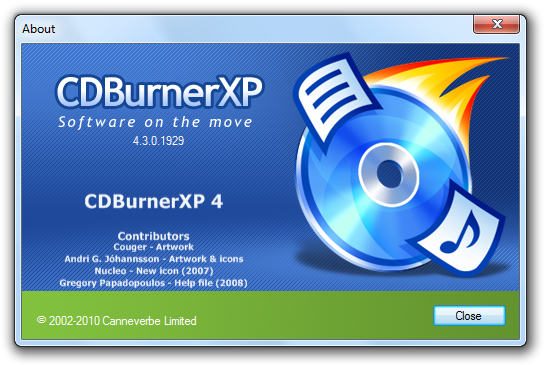 This is another easy to use burning software. It may not be loaded with a lot of features, but it has all the basics for an average user. Despite its name, the software is also compatible with DVDs, H-DVDs, and Blu-Ray disks. Some of the things you will be able to perform include creating data disks, video DVDs and burning ISO files.

You can also erase and reuse rewritable discs. CDBurner software also supports Disk spanning which allows you to spread the data on multiple discs. It also automatically verifies burnt data to check for any inconsistencies. However, since this software is mainly programmed using visual basic, it will require that you first install Microsoft .NET Framework before proceeding which might be a hassle for some.

And now for our final free tool. The Infrarecorder is a combination of various powerful features one of which is the ability to integrate with windows explorer for a more direct approach to burning. The software allows you to create custom data and convert it into disk images or record it to physical discs.

Also, in addition to ISO, Infrarecorder also supports BIN and CUE image formats. It also provides you with 4 different ways in which you can erase and reuse rewritable discs. For music enthusiasts, you can also use this software to extract music from CDs and store it on your computer in multiple formats. The ability to write on dual layer discs is also a welcome feature.

Bill is a certified Microsoft Professional providing assistance to over 500 remotely connected employees and managing Windows 2008 to 2016 servers.
Microsoft Windows
Back to top button
Close