The stock PlayStation and Xbox controllers are good and all, but the arcade fans will disagree. For the arcade-style games, you need the buttons to be placed strategically for the requisite button smashing. Arcade sticks, simply put, are a joystick controller with buttons on the sides. These are laid out flat instead of being held in hand. Playing a fighting game with these is an entirely different experience. This is why the pro arcade players invest heavily in good fighting sticks.

Today, we’ll be going over what we think are the best fighting sticks. Ranging from premium and expensive grade to budgeted sticks, you’ll find it all here.

Razer does not shy away from competing in the gaming market in all niches possible. They’re responsible for the most premium, sometimes expensive, grade in the market. Razer Panthera is one like that too. With customizations, a touchpad, and Sanwa hardware, the Panthera truly is the King of the arcades.

The Panthera has a box shape with a glossy upper body and premium grade buttons and a joystick. At the bottom, the rubber grips do a great job of keeping Panthera at its place during intense button smashing. Along with the main buttons and keys in PS4, there are also Start and Select buttons on the right side, neatly tucked away. Razer decided to go with Sanwa mechanical buttons which no room for doubt. These buttons worked great and feel very tactile and responsive.

Panthera is PC compatible, however, hooking it up with a PC is complex and draining. Windows reads it as a PS4 controller but for most games, the keys need to be manually mapped. This takes some time to complete. Razer does provide the Xinput drivers with this. However, as a PS4 controller, the Panthera is the best out there. Not only that, the Panthera is fully customizable. All you have to do is lift the lid and get to swapping the parts around until you’re satisfied.

Panthera by Razer does not come cheap, but the arcade gaming connoisseur will find it hard to not like. Razer also goes on ahead and provides you with a screwdriver so you can satisfy your modding needs. Everything about this fight stick feels great and built to last. We do wish that PC compatibility was easier and not so complicated but, this being primarily for PS4, does not raise any major questions. Panthera performs exceptionally well and does not disappoint.

The name Qanba will ring some bells in the ears of those who watch pro games. It is a well-known brand responsible for sponsoring and delivering some of the most widely used fighting sticks. For our second spot, we have one Qanba’s creation- the Qanba Obsidian.

The construction of Obsidian oozes outclass and sleek aesthetics. You get an 8-directional joystick, 8 button layout, LED lighting at the sides, and a control panel at the top. A glossy metallic top is bordered by aluminum panels and all of it combines to be molded into an exquisite look. Obsidian is officially licensed by Sony, meaning maximum compatibility with all arcade fighting games on the PlayStation. Not only that, PSN features such as sharing photos and navigating the menu are a cinch with Obsidian. The buttons and joystick are Sanwa Deshi components so that you’re sure to reap maximum precision out of this stick.

At the top control panel is a slider for switching between PS4, PS3, and PC. This makes sure that compatibility is not a concern for you when you purchase this stick. Opening up the screws, you’ll see that all of the wires and components are very neatly and clearly labeled. This is a shoutout to the modding fanatics who want hardware of their choosing inside the Obsidian. Opening up the panel is a little tough considering how tightly built it is. This was done to ensure that all the parts, be they removable or non-removable, are sturdy. However, this left with some very stiff panels that need some muscle to open.

Obsidian can perform well under pressure with its top-gear hardware. Along with the modding and compatibility switching slider, the Obsidian is an extremely good investment for arcade game lovers. Ordering it from Qanba’s site delivers you a shockproof bag for carrying it along. Overall, the Qanba is a great choice and one that will leave the buyers satisfied.

HORI Real Arcade Pro 4 Kai sits at a range that is between the budget and premium threshold. This is not an overly expensive piece of hardware, therefore, some features are missing. Despite that, the Pro 4 Kai is still a stick that you will be able to familiarise yourself with fairly quickly.

The Pro 4 Kai is available in four different colors- black, red, blue, and white. This seems a bit uncommon however, it only serves to open up more customization possibilities for the users. With rubber pads at the bottom, this stick has a wide and thin frame size. Additionally, the weight of this feels solid and lies in the middle of the scale. Pro 4 Kai has Hayabusa’s 30mm matte surface buttons. They are not Sanwa grade however, the matte finishing instead of gloss helps maximize gripping. Hayabusa buttons and joystick are designed to have a quicker response however, the tradeoff comes in the form of noise. The buttons make a clicky noise which is not a preference for the most part considering how buttons are to be smashed in fight sticks.

The control buttons are all put away on the side of this arcade stick. This too has a slider that lets you choose between PS4, PS3, and PC. Additionally, modding is an option as well, albeit with some limitations. The buttons and joystick can easily be switched however, the bottom artwork is toughly glued down. It needs some prying and pulling before it can be pulled off which sometimes ends up leaving a glue residue.

As our final verdict on the Kai 4, this fighting stick does seem pretty good. The buttons feel very quick and responsive however, end up getting on the noisier side of things. Moreover, there is no headphone jack on this stick which is disappointing considering the price. Despite that, Kai 4 is commonly seen and used in pro tournaments for a good reason. It is not as expensive as some of its counterparts and it gets the basic job done for the most part.

This brick-like fighting stick is not as flashy and colorful as the rest. But its popularity boils down to the cheap price, easy mods, and compatibility with almost all major platforms. The Mayflash F300 may very well be one of the most suitable choices for entry-level arcade enthusiasts looking to play these games the right way.

Mayflash, the Chinese manufacturer, but very little effort into making this spark and catch the user’s eye. The design is very simple and lacks artwork. The top panel is black, with just the Mayflash logo on it, and has the basic joystick and buttons. The top left panel has a control panel with the appropriate buttons on it. The buttons and joystick are Mayflash’s proprietary stock material made. They feel hollow and clunky and at times, suffer from a high return time. However, the F300 is Sanwa Deshi compatible and that is their biggest selling point. But that just means investing more in better-grade hardware for the F300.

The F300 is widely compatible with a huge number of platforms and it works okay with them. However, it requires a PS4 or Xbox controller to be plugged in the corresponding console before it can be used. This can become a bit of a drag but the F300 was expected to slack off in some areas as it is an entry-level stick. The F300 is easily moddable and can be done so by unscrewing the back panel. Mayflash made sure this was a walk-in part since Sanwa Deshi compatibility was their biggest selling point.

The F300 is essentially a budgeted fight stick which is why it offers just the basic functionalities. The stock buttons and joystick do not have a pleasing feel about them and feel rather slow. However, for the new users just stepping into the fighting game genre, this will not be too troublesome. It is marketed towards that said audience and works well to do its job, albeit at a very basic level.

For our last fight stick recommendation, we have MoPei PXN fight stick. It has an incredibly cheap price tag and when it comes down to it, this fight stick gets the job done. Buyers shouldn’t be expecting any high-end features with this. However, the first-timers will find this to be a pretty good stick for them to get started in this genre.

The construction of this fight stick, not surprisingly, is rather cheap and flimsy. The body is entirely made using plastic which feels somewhat fragile. The buttons and joysticks are stock and, for the most part, do what they intend to do. The response time doesn’t feel delayed and the spacing of the buttons is ideal. Moreover, this has a Turbo and Macro function for more control customizations. This was rather pleasing to witness on this low-end stick.

The MoPei fight stick is compatible with PS4, PS3, Xbox One, and PC. The Xinput drivers must be installed for Windows compatibility but all other connections work just fine. Unfortunately, the USB cable for connectivity is not as long as you’d expect. This hinders the placing of this stick and requires the user to be seated close to the ports. Moreover, this stick is neither customizable nor Sanwa Deshi compatible. This was intended to be a cheap end device for beginners, which is why modding is not an option with the MoPei stick.

For the extremely budgeted folks, the MoPei is a suitable option. It omits the top quality features and focuses more on being reliable and durable. Apart from that, gaming on this is a pleasant experience however not even close to some slightly more expensive models. Despite that, the MoPei fight stick should still be considered as it is an honorable product worthy of mentioning. 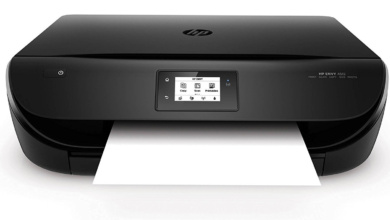 HP Envy 4512 All in One Printer Review 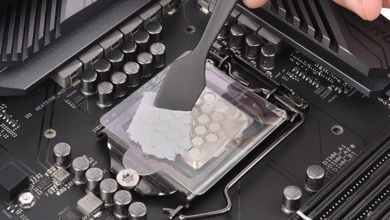 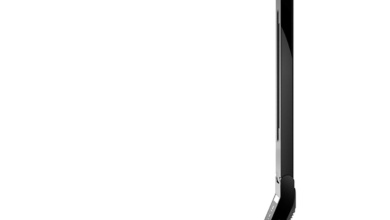 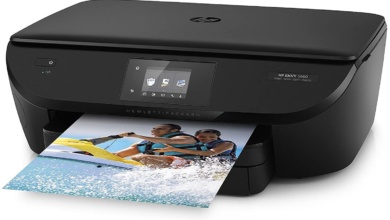 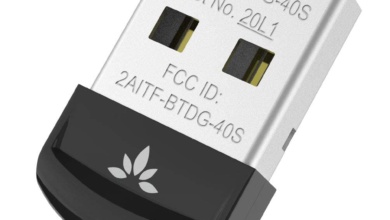 The Best Bluetooth Adapters for PCs in 2021 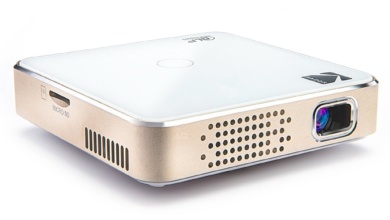 5 Best Portable Projectors To Buy In 2021