If you have never had the need to use an emergency radio, then you might not be too familiar with its purpose and how they work. This is a common thing these days, as most people rely on their phones to tell them about the weather and any emergency alerts. 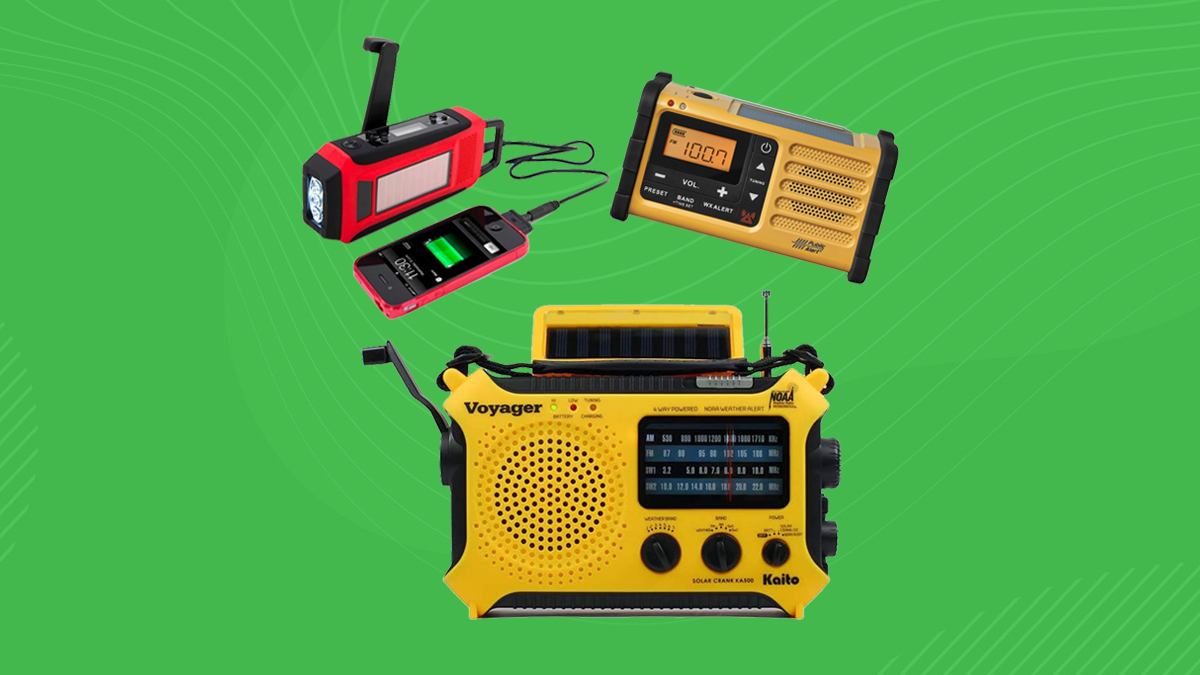 However, in some parts of the world, the weather can get very furious all of a sudden. It’s good to have an emergency radio in this situation to be aware at all times. These radios broadcast invaluable weather and emergency information so you can be on your toes. As they say, you can never be too sure. But what do you need to look for when buying one?

Well, battery life is one thing. Most emergency radios can be charged with a proprietary charger, solar panels, or even by old fashioned hand cracking. Hand cranking might be a tiresome task, but a good hank crank radio should last a couple of hours to help you out.

There is a lot more worth considering. Fret not, we’ve done the research and compiled this list of the best emergency radios you can buy.

The Sangean MMR-88 is the perfect blend of price, features, and overall performance. This is the type of emergency radio that will suit anyone’s needs and is more than enough for even the most seasoned veterans of outdoor survival. The frame is rugged and overall build quality is impressive. It is built like a tank so it can survive many trips to the great outdoors.

With an FM/AM public alert certification an up to random 19 preset stations, it can receive important weather channel news and reports quickly. You’ll always be updated with this radio and won’t be left in the dark. There is a speaker built-in, along with a clock, a headphone jack, and an LED flashlight.

The LED flash can be a lifesaver, as it has three settings depending on brightness. It even sends out an SOS signal in morse code if you’re stuck in a dangerous situation. The actual built-in speaker is clear and sounds good enough to hear all the reports clearly.

The radio charges fairly quickly via USB, although it takes some time with the hand crank and even the solar panel. The battery does last a long while, however, if you end up replacing it with a better one, your results will improve significantly. Overall, it’s hard not to recommend this great life-saving product.

The Midland ER210 is a rugged, feature-packed, and compact emergency radio. It has multiple power sources like the solar panel, hand crank, and a rechargeable battery with a capacity of 2000mAh. So no matter where you are or what sort of equipment you have, you’ll always have a bit of juice to power this radio.

It also sports an emergency flashlight with an SOS Beacon function. Like other radios, it can flash Morse code in dangerous scenarios so you can easily signal for help. The front has a small LED display which shows the channel, the time, battery status, and the AM/FM stations.

They have also include volume buttons and a band button to change frequencies, which is quite convenient. It can scan through any available weather band channels to alert you of harsh weather. It even has a USB port to charge your phone (with a cable included).

The best part about it is that the cranking function actually works, and after a minute of cranking you can get about an hour of use out of it. There are a few annoyances however. It can stand upright in a stable position, and you can save radio transmissions. Apart from that, this is an excellent portable radio.

Who said emergency radios have to be big and heavy? Well, having a larger radio does have its benefits. For example, they often have better battery life and a brighter flashlight to help you see in the dark. But if you don’t want the hassle of carrying around a large radio,  The C. Crane Pocket Weather Radio is a great option.

This radio is about the size of a small power bank. The dull green color means that it doesn’t stand out too much, which is good if you want to keep it hidden away in a safe location. On the left side, we have a slider for the speaker and headphone outputs. On the right we have a band and an alert button.

The front has a small LED screen, which is bright enough to be viewable in the dark. We also have five buttons to quickly switch between stations. It has a sleep timer, clock, alarm, and even a belt clip. It runs on 2 AA batteries, so you can quickly swap them out.

The only downsides I can think of is that it costs a bit too much for being a small pocketable radio, and the included speaker doesn’t have the best quality as it can be a bit muffled at times. Still, if you want the best pocketable emergency radio, this is the one.

Next up we have what looks to be a jack of all trades for emergency radios. When you’re going on a camping trip or just live in an area with rough weather, it’s important to have all the necessary tools in one complete package. The FosPower Radio is just that. However it does make some sacrifices that might matter to some people.

The first thing I love about this is how portable it is. It’s a fine middle ground between having a small pocketable radio and a large heavy one. It’s also priced accordingly, which means it really is a great value. It uses standard AAA batteries, which means that when you run out of juice, you can quickly swap in a new pair.

It also has a lever so you can hand crank it, and of course, a solar panel for another optional charging method. The solar panel is a bit weak, and the hank crank takes a lot of effort to get this thing up and running. But it’s good enough it has these features at this price.

It actually includes two LED flashlights in case one goes out. Albeit one is smaller than the other, but it’s better than fumbling around in the dark. It also has access to the NOOA Emergency Weather Broadcast, so you can be aware of any harsh weather coming your way.

Downsides include not having a headphones jack, a disappointing performance from the speaker, but that’s pretty much it. It also has IPX3 water resistance, so it can survive a soft drizzle.

Last up on our list we have a budge option that can still come handy in the case of an emergency. The RunningSnail emergency radio is a great product to keep on your radar when looking for a cheap emergency radio. However, there are a few corners cut here and there that could turn away some people.

This emergency radio is small and portable, and the bright red color means that you’ll be able to find it easily if you ever lose it. The 1W flashlight is quite bright and should help you to move around in the dark with ease. It’s great for any outdoor activity.

It has a hand crank and solar panel and can be charged up with a Micro-USB cable. I wish it had a replaceable battery, as that would have made things much more convenient. The 1000mAh built-in power bank isn’t much either, as it can’t charge most phones for more than 10-15%.

If you just want a portable radio that can deliver weather alerts while having a bright LED flashlight, this is a good budget option. But the solar panel takes a lot of time to charge, and the hand crank is too much of an effort to make it work properly.