It’s hard to argue with the fact that digital streaming has changed the way we view content. The days of going to the nearest movie retailer or rental service to buy a bunch of movies are far behind us. That’s why you’ll see most homes having a Netflix subscription instead of a stack of DVDs on their entertainment table. 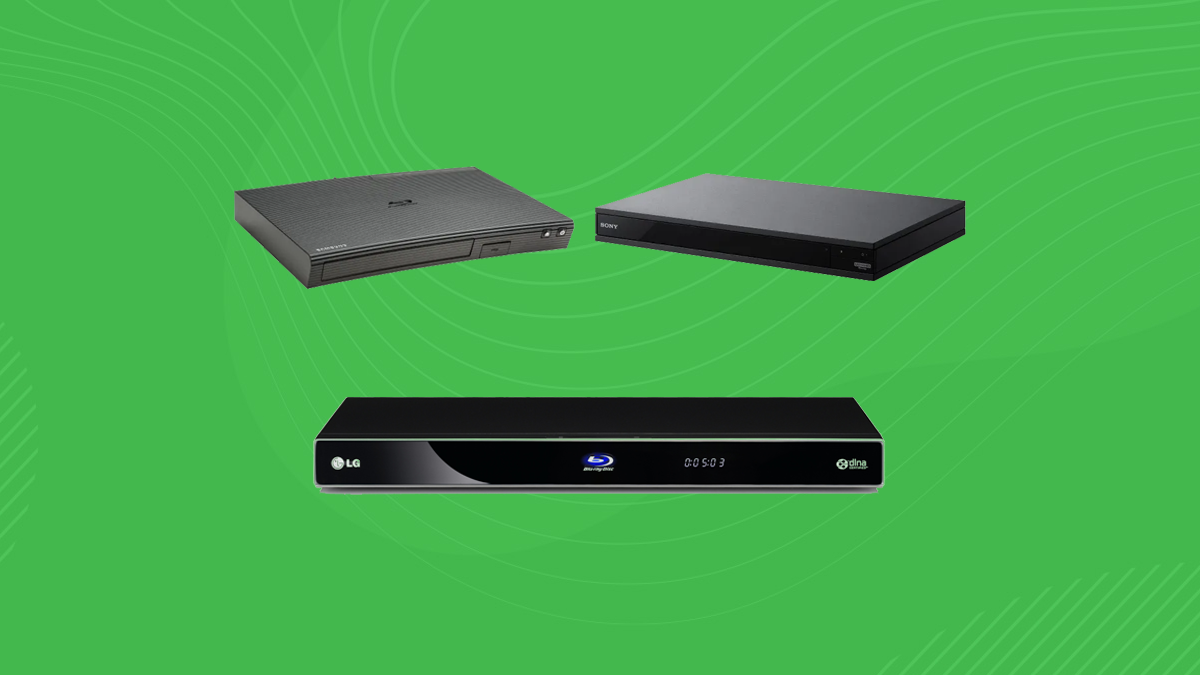 However, Blu-ray discs are still owned by many that desire a premium viewing experience. Very few streaming services have reached the quality of Blu-ray, and even then few of them support HDR. Still, Blu-ray players can be expensive. If you are spending the money on one, going for 4K is definitely worth it. But for a novice, discerning the differences can be difficult.

That’s why we’ve narrowed down it down for you. We’ll be looking at the best 4K Blu-ray players, the best inexpensive ones, and even a few external options for your PC or laptop. Let’s get started.

At first glance, the Panasonic DP-UB820 might look like another expensive 4K Blu-ray player. But if we start looking at it more closely, it proves to be a great value even with the high price. If you need the perfect balance of features, high-quality audio/video, and price, then look no further.

This Blu-ray player has full support for HDR. It works with HDR10+, HDR10, Dolby Vision, and even HLG. This means that no matter what tier of HDR your TV supports, you can get the most out of it with this player. Movies look incredible, as you’d expect. The picture quality is very vibrant with punchy color reproduction, and HDR brings everything together.

The UB820 plays regular CDs, DVDs, and of course, Blu-rays. However, it supports neither Super Audio CDs nor DVD Audio. That might not matter to 90% of people but seeing as how good the audio performance is, I know someone out there would want to bust out their old high-quality  SACDs. The Player does support lossless music files and high-quality video files with an extensive file format type support.

Other than that, maybe the design could have been more inspiring, and it could have used a bit more metal instead of plastic. Still, I’ve rarely seen a Blu-ray player that stands out from the crowd so this is a minor complaint. Apart from that, this is the perfect player for most people out there.

While every other 4K Blu-ray player out there focuses on throwing marketing terms and gimmicky features at you, the Sony X700 focuses on pure quality. What it might lack in some features it makes up for with the competitive price-tag and the overall great image quality.

For the price, the X700 features a great build quality. It is built out of plastic mostly, but there aren’t any weak spots in the design and it feels quite solid overall. The flap for the disk reader folds out quite smoothly as well and folds back in just as smooth. The user interface is also quite clean and easy to navigate, unlike more than half of Blu-ray players.

As for image quality, the X700 manages to recreate accurate and natural details, without looking dull or bland. The colors are vibrant and true to life, yet the detail is retained through and through. It has Dolby Vision and HDR10 support, although HDR10+ is missing.

It even has the “cast” feature build in which we’ve seen in Google Chromecast. Open a supported Chromecast app, look for the cast button, and instantly move the video to your TV from your phone. If you want to go the traditional route, it has 2 HDMI outputs and a coaxial digital output. An optical digital output would have been better.

Apart from that, the sound could use some work. It does sound quite good for all intents and purposes, but the ears of an audio enthusiast might demand more detail and range. Other than that, an exceptional value.

For The A/V Enthusiast

Pioneer is known for making high-quality A/V equipment for gear enthusiasts. The LX500 was their first foray into 4K Blu-ray players, and it’s one of the most premium players out there. However, premium features and quality come with a premium price tag.

Let’s talk about design and build quality. This Blu-ray player is absolutely massive in size, and it’s heavy too. You’ll need a proper space to position it right. At the front, we have the power switch, USB port, the disc tray, an LCD display, volume buttons, and an open/close tray button. At the back, we have a lot of options for video output, and a stereo RCA.

The picture quality is amazing, even without HDR. If you have never had a premium Blu-ray player before, this is going to be a major step up. The image quality, the colors, and even the sound are all near perfect. It even supports various disc formats, so you can bust out your old albums on CDs. This makes the player extremely versatile too.

This player is for people who demand the ultimate immersive experience. An update will bring HDR10+ support soon as well, making the overall experience even better. If you have the money for it, this is the closest you can get to having a cinematic experience in your home.

Technology has definitely come a far way since the old days of having a separate room dedicated to all your A/V equipment. These days you can have all of that on your laptop. Although, playing 4K UHD Blu-ray on a PC or laptop is still a struggle. Archgon’s external Blu-ray player aims to solve that problem.

Archgon includes a carrying case with this Blu-ray drive, and I suggest you keep it in there when not in use. Despite the aluminum branding in the name, this external drive feels cheaply made, which is a disappointment for the price. At least, it has a simple plug and play function, no drivers required.

This drive is also quite fast, and the read and write speeds for Blu-rays are up to par with more expensive options out there. While it serves as a great disk burner, it really shines in the playback department. It can play most UHD Blu-ray drives. That sort of quality on a laptop or PC (assuming you have a 4K display) is no joke.

However, there are some regional issues and it suffers from playback issues when that happens. Some regions work fine, others have occasional issues. You can fix this if you find a powerful Blu-ray playing software.

Blu-ray players don’t always have to be expensive. The Mthstech Ultraslim is a great example of this. It’s a portable blu-ray drive that uses the USB 3.0 connection on your laptop. It does a good job of being a serviceable Blu-ray player/burner.

This external drive is extremely thin and lightweight, which makes it quite portable. The alloy construction feels alright, but it doesn’t exactly instill a lot of confidence. I would carry it in a separate pouch inside a bag or something like that. The plug and play functionality is welcome.

This drive doesn’t support 4K playback, but that’s not a bad tradeoff considering the price. It functions much better as a disk burning drive anyway because the write speeds are quite impressive in this tier. If you do want to play regular Blu-ray disks, you can do so easily.

Overall, this drive isn’t the fanciest, but if you need a lightweight portable blu-ray player for your laptop, this is the best you can get on a budget

As a Senior Editor, I run, operate and implement a substantial amount of work at Appuals.com. I supervise a team of enthusiastic Geeks and also create content strategies. Whenever I am not at my work desk you'll find me tinkering around PC hardware and retro gadgets.
Trending
Close
Close